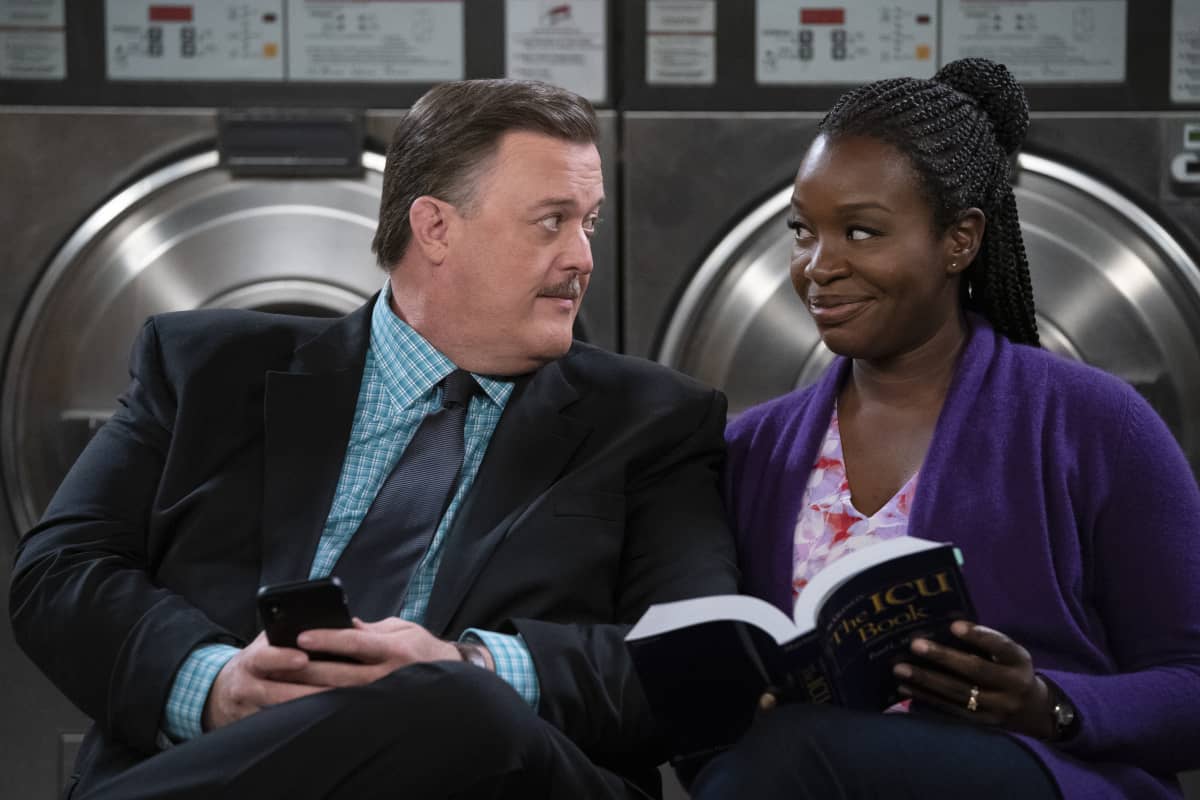 BOB HEARTS ABISHOLA Season 2 Episode 4 Photos Camp Bananas – BOB HEARTS ABISHOLA s02e04 2×04 – “Camp Bananas” – For the sake of Bob’s health, Bob and Abishola try reducing stress by taking a day off together. Also, Christina is boss for the day at MaxDot, and Gloria steps in to care for Dottie, on BOB ♥ ABISHOLA, Monday, Dec. 7 (8:30-9:00 PM, ET/PT) on the CBS Television Network.