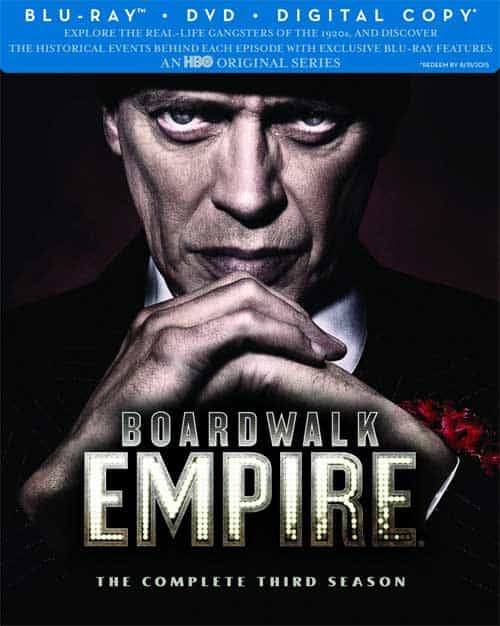 Seat42f and HBO Home Entertainment have teamed up to give TWO lucky winners a copy of BOARDWALK EMPIRE Season 3 on BLURAY. For a chance to win leave a comment below telling us why you want to add BOARDWALK EMPIRE Season 3 to your BLURAY collection. Only one entry per person. Contest ends August 30th. Winners will be notified on August 31st via email so make sure to use a valid email address when you post your comment.

It’s New Year’s Eve 1922 and the Roaring ’20s are about to begin in earnest. Despite a booming economy, alcohol is scarce in Atlantic City, competition is at its fiercest and gangster violence is heating up. The 12-time Emmy® Award winning Boardwalk Empire is back on August 20, 2013 when the third season debuts on Blu-ray with HBO Select* ($79.98), DVD ($59.99) and Digital Download. Hailed as “striking,” (Time.com) with “first-rate performances” (USA Today), Boardwalk Empire: The Complete Third Season is jam-packed with exclusive bonus material and is not to be missed!

Nucky Thompson has become Atlantic City’s undisputed czar during Prohibition and is facing the challenge of mending old relationships. While his marriage lies in shambles, he faces new competition from Gyp Rosetti, a hair-trigger gangster determined to siphon off his alcohol business. The conflict brings out the best and worst in Nucky, who proves his brutal mettle in a series of violent encounters, as new and familiar faces also undergo compelling metamorphoses.