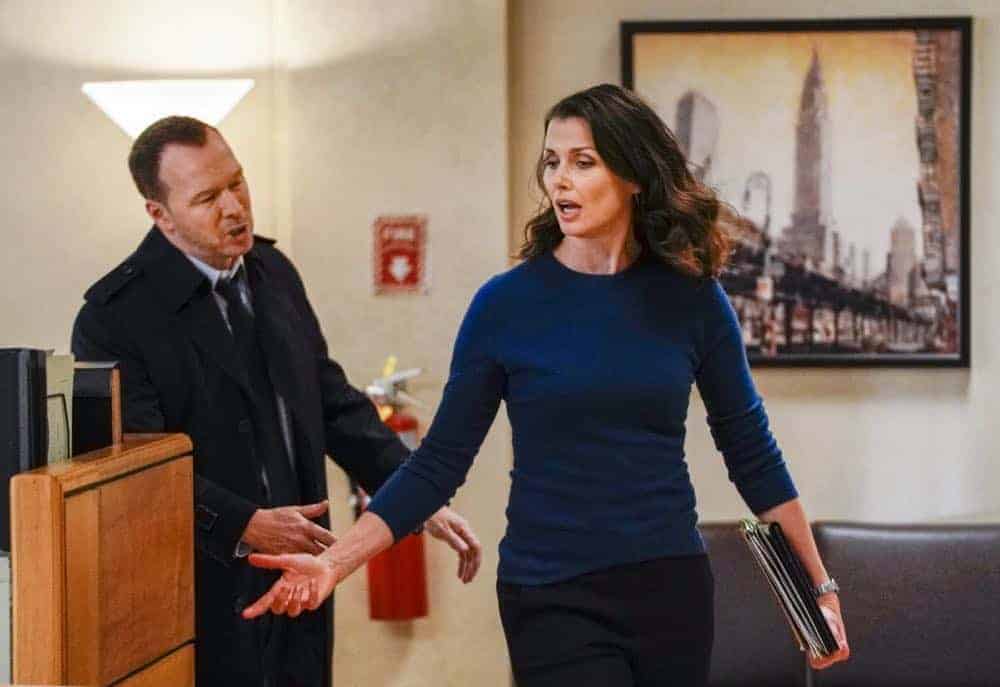 “Your Six” – When Danny resorts to asking his incarcerated archenemy, Victor Lugo (Nick Cordero), for help locating a dangerous criminal who escaped from prison, Lugo refuses to assist unless he’s allowed to accompany them on the pursuit. Also, Frank subtly tries to convince Jamie to take the sergeant’s test, and Erin’s plan to go on a date with her ex-husband causes friction between her and Anthony, on BLUE BLOODS, Friday, April 27 (10:00-11:00 PM, ET/PT) on the CBS Television Network. BLUE BLOODS Season 8 Episode 20 Photos Your Six.