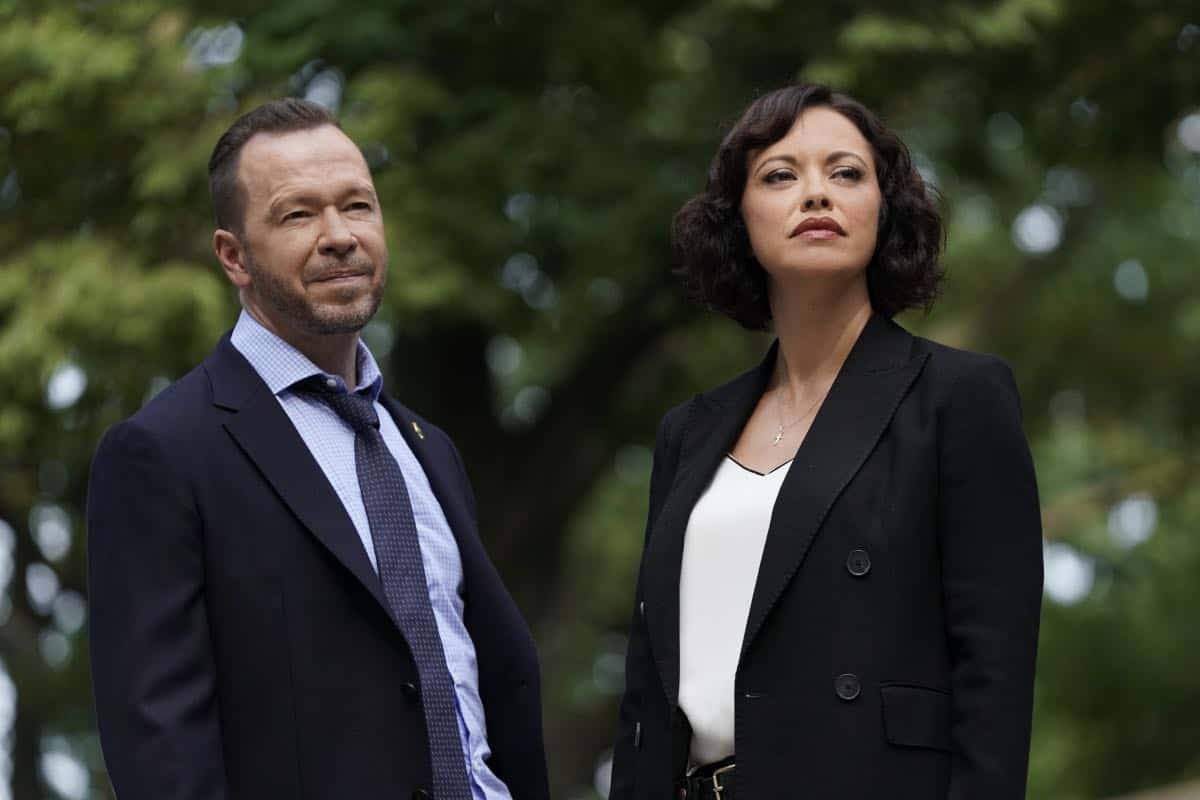 BLUE BLOODS Season 10 Episode 1 Photos The Real Deal – “The Real Deal” – Danny and Baez grapple with a year-old homicide investigation brought to their attention by Maggie (Callie Thorne), the medium who previously helped them solve a case. Also, Frank looks for a way to help his ex-partner Lenny Ross (Treat Williams) when his daughter is arrested; Jamie and Eddie go apartment hunting; and Erin faces off against a cold-blooded defense attorney from her past, on the 10th season premiere of BLUE BLOODS, Friday, Sept. 27 (10:00-11:00 PM, ET/PT) on the CBS Television Network.

A source of pride and concern for Frank is his eldest son, Danny, a seasoned detective, family man and Iraq War vet who on occasion uses dubious tactics to solve cases with his partner, Detective Maria Baez. The Reagan women in the family include Erin, a New York Assistant D.A. who also serves as the legal compass for her siblings and father, as well as a single parent to her teenage daughter, Nicky. Jamie is the youngest Reagan, a Harvard Law graduate and the family’s “golden boy.” Unable to deny the family tradition, Jamie decided to give up a lucrative future in law and follow in the family footsteps as a cop. He’s found a friend and ally in Eddie, his female partner who keeps him on his toes, and has very different reasons than the Reagans for joining the police force.

After several years of working together, Jamie and Eddie finally succumbed to their strong feelings for one another and tied the knot.