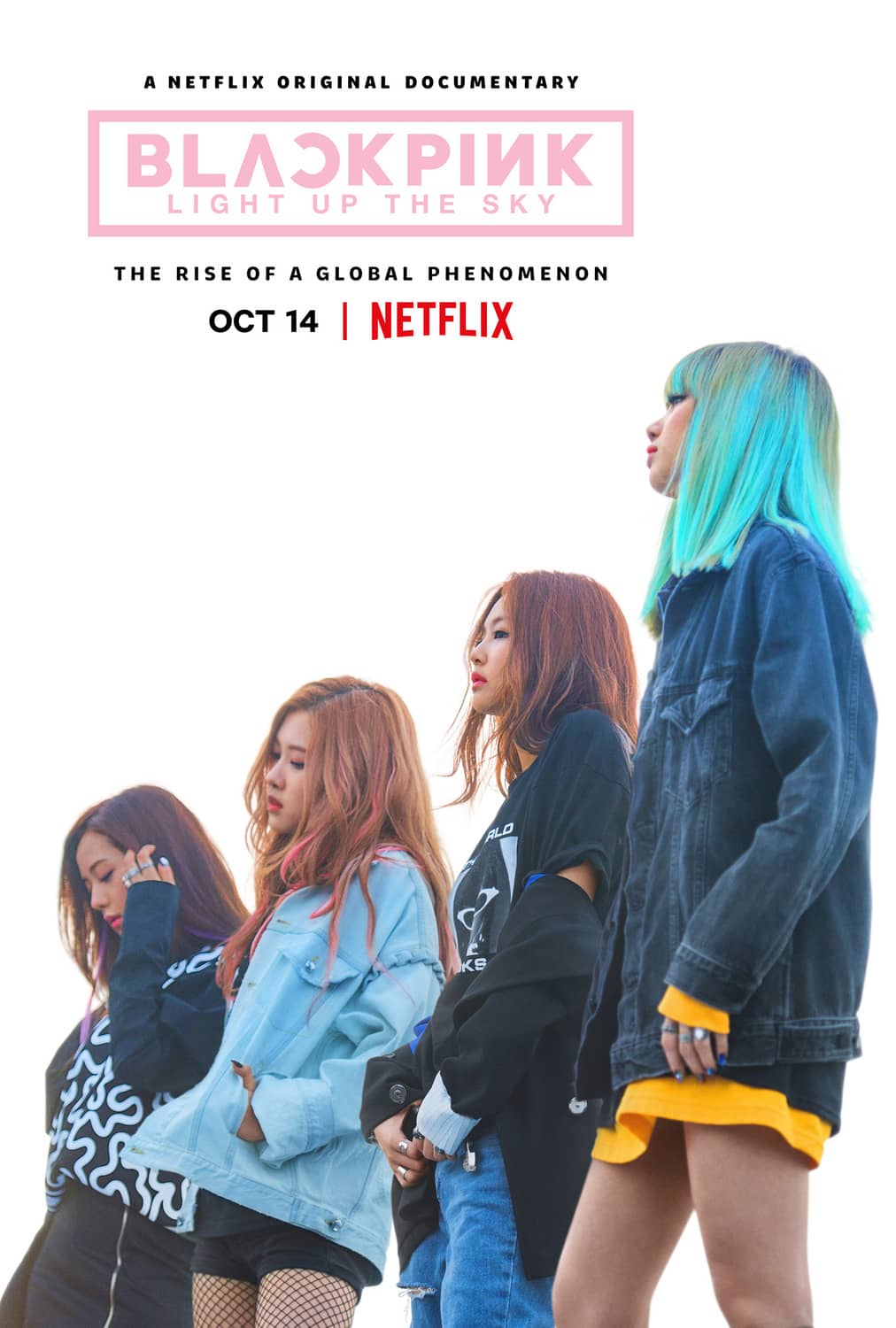 Since their debut in August 2016, BLACKPINK has become the highest-charting female K-pop group of all time with their innovative music, eye-popping music videos and internet-breaking fashion concepts. BLACKPINK: LIGHT UP THE SKY serves up the never-before-seen moments that BLACKPINK’s global fandom — known as “BLINKs” — have been craving for years.

Directed by Caroline Suh (Netflix’s “Salt, Fat, Acid, Heat”), the documentary goes deep with each of BLACKPINK’s four members: Jisoo, the whip-smart unnie (“big sister”) of the group with a quirky sense of humor; Jennie, the rapper whose fierce onstage persona contrasts with her soft-spoken nature; Rosé, the dulcet-voiced Australian coming into her own as a singer-songwriter; and Lisa, the dancing queen whose spark plug personality never fails to make her bandmates laugh.

As BLACKPINK continues reaching new heights in their career — from headlining sold-out world tours to becoming the first female Korean group to perform at Coachella — each member reflects on the ups and downs of fame and the long, often challenging journey that brought them to worldwide success. BLACKPINK: LIGHT UP THE SKY reveals the relatable, unfiltered sides of the foursome, who continue to be a leading force in expanding K-pop’s popularity, proving that music knows no borders or language barriers.

Watch BLACKPINK: LIGHT UP THE SKY globally on Netflix October 14: