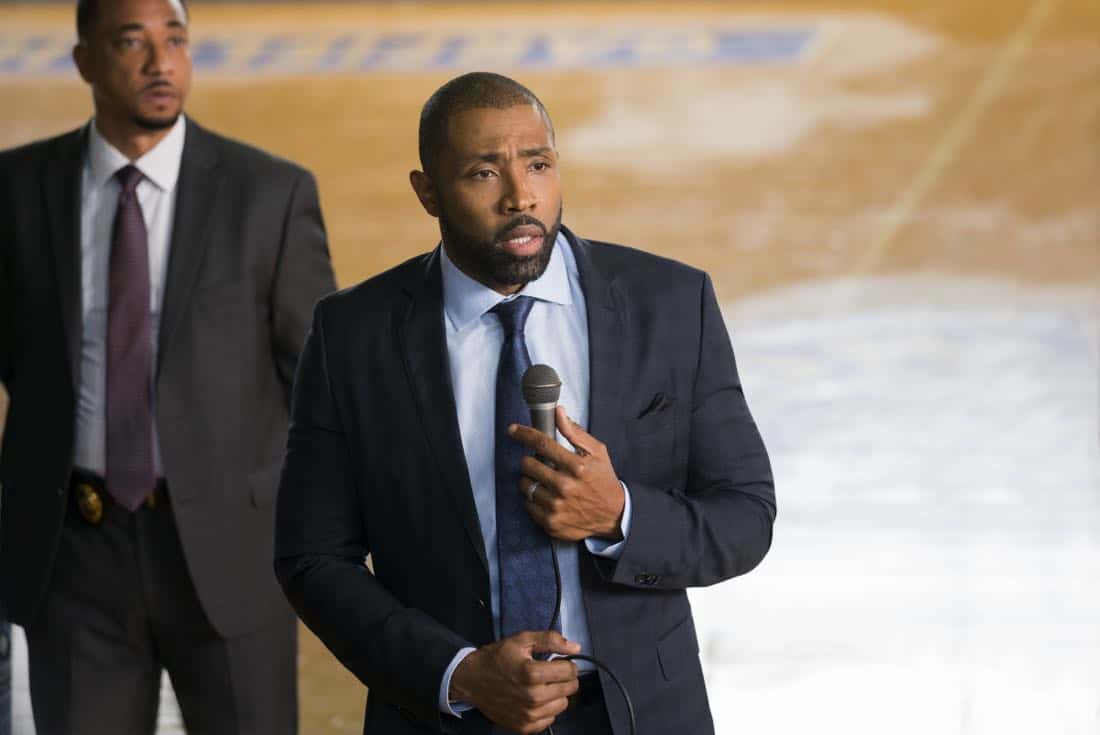 Lawanda: The Book of Hope (Ep# 102) IS HE BACK? — As the community struggles with the violence surrounding them, a glimmer of hope appears: Is Black Lightning (Cress Williams) back? Lynn Stewart (Christine Adams), noticing the changes in the community, is also left wondering. While Jefferson Pierce (Cress Williams) struggles with his decision, Gambi (James Remar) urges him to take up the mantle once more and return to life as Black Lightning. Anissa (Nafessa Williams) and Jennifer (China Anne McClain) try to deal with the aftermath of their jolting experience. Damon Gupton and Marvin Jones III also star. The episode was written by Salim Akil and directed by Oz Scott (#102). Original airdate 1/23/2018. BLACK LIGHTNING Season 1 Episode 2 Photos Lawanda: The Book of Hope