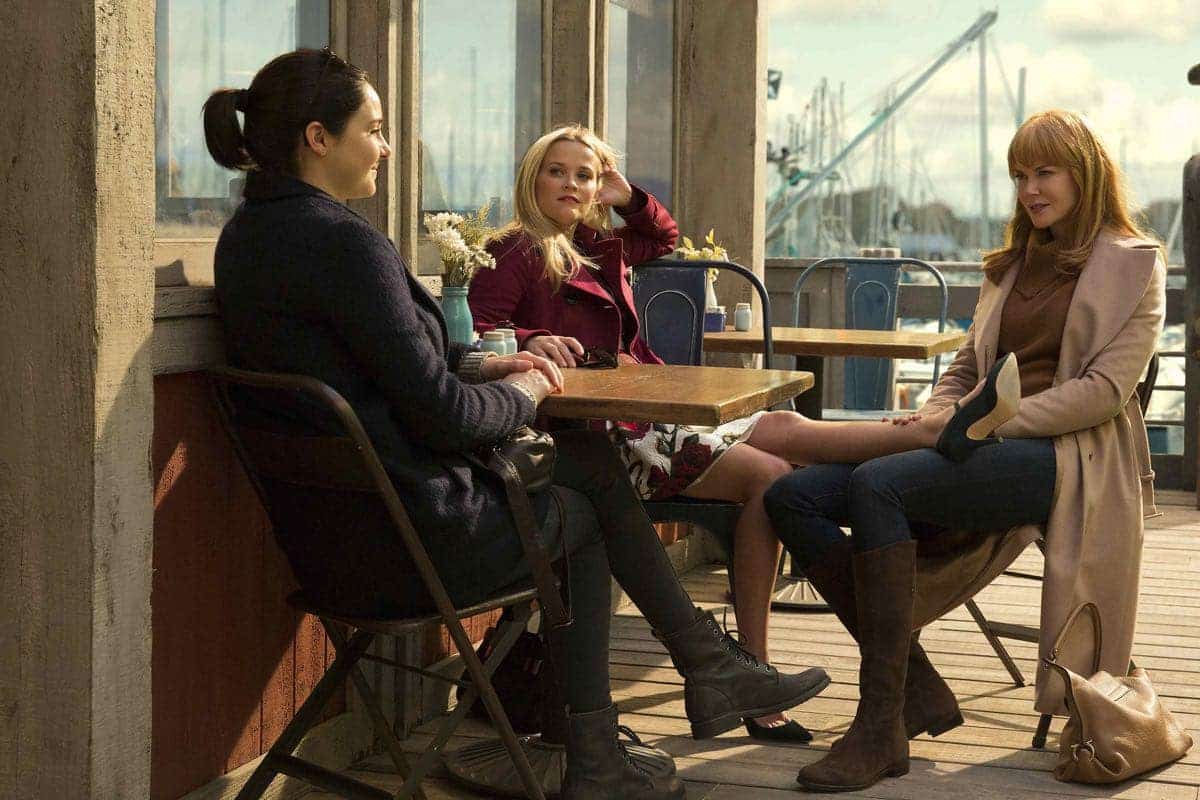 HBO is known for attracting top talent, especially for their limited-run programming. Nowhere is that trend more apparent than in the new miniseries BIG LITTLE LIES, premiering tonight. Written by David E. Kelley (The Practice), directed by Jean-Marc Vallee (Dallas Buyers Club), and boasting an all-star cast, this seven-part story is the less-cheesy version of a primetime soap. It takes place in an affluent neighborhood, and focuses on the mothers of first graders. And oh yes, there’s a mysterious murder.

BIG LITTLE LIES doesn’t tell you who’s dead and who did the killing right away. Its hook is based on suspense. We know something bad happened slightly in the future, but we don’t know why or to who or even who did it. The whole thing is told on an earlier timeline, which makes viewers pay more attention to every interaction between characters, seeing if they can figure out the twists before they are revealed.

The fact that the show is a miniseries, rather than an ongoing program, is also a benefit in drawing in eyeballs. The stakes are higher when the audience knows that nobody is coming back for a second season. That means we can’t just dismiss a star or main player from being the criminal or victim out of hand. There is no motivation to keep anyone’s hands clean, and that makes it all the more compelling.

Reese Witherspoon’s (Walk the Line, Wild) Madison Martha Mackenzie seems the most central role. In a marriage she values with a steady man, Ed (Adam Scott, Parks and Recreation), she still can’t get over her ex, Nathan (James Tupper, Revenge), nor does she care much for his new wife, Bonnie (Zoë Kravitz, Max Max: Fury Road). In the meantime, she’s dealing with a rebellious teenager, hanging out with her two best friends, and battling another mother for dominancy at school.

Madison’s pals are Celeste Wright (Nicole Kidman, Moulin Rouge!, Lion) and Jane Chapman (Shailene Woodley, Divergent, The Secret Life of the American Teenager). Jane is new in town, and is slow to give up information about herself. Celeste has been around for awhile, and quit her law career to stay home and raise a family for her younger husband, Peter (Alexander Skarsgård).

None of the three seem all that happy, especially when they come into contact with the mother on the other side of their war, Renata Klein (Laura Dern, Enlightened, The Founder). Each deal with their own issues, and while they seem relatively sweet, it’s also easy to see how any of them could either be pushed to murder, or be murdered by someone else.

On paper, the plot seems a lot like ABC’s Revenge, which I gave up on midway through. Comparing BIG LITTLE LIES to Revenge is the best way I can think of to illustrate the extreme examples in the genre of what works and what doesn’t. Revenge may have been fun, but it never rose to Desperate Housewives levels of quality, a like-minded show I’d put in the middle of the rankings. This one is at the top, giving us the juiciness audiences want, while still making a quality series by nearly any measure.

I like BIG LITTLE LIES. It’s wonderfully acted, beautifully shot, and has a terrific style and tone. It deals with material that would be very easy to make cartoonish, and yet keeps it from being so. Even the child actors, though less talented than their adult peers, are well selected, adding to the drama, rather than distracting from it. After watching two hours, I am fully invested in seeing this through to the end.