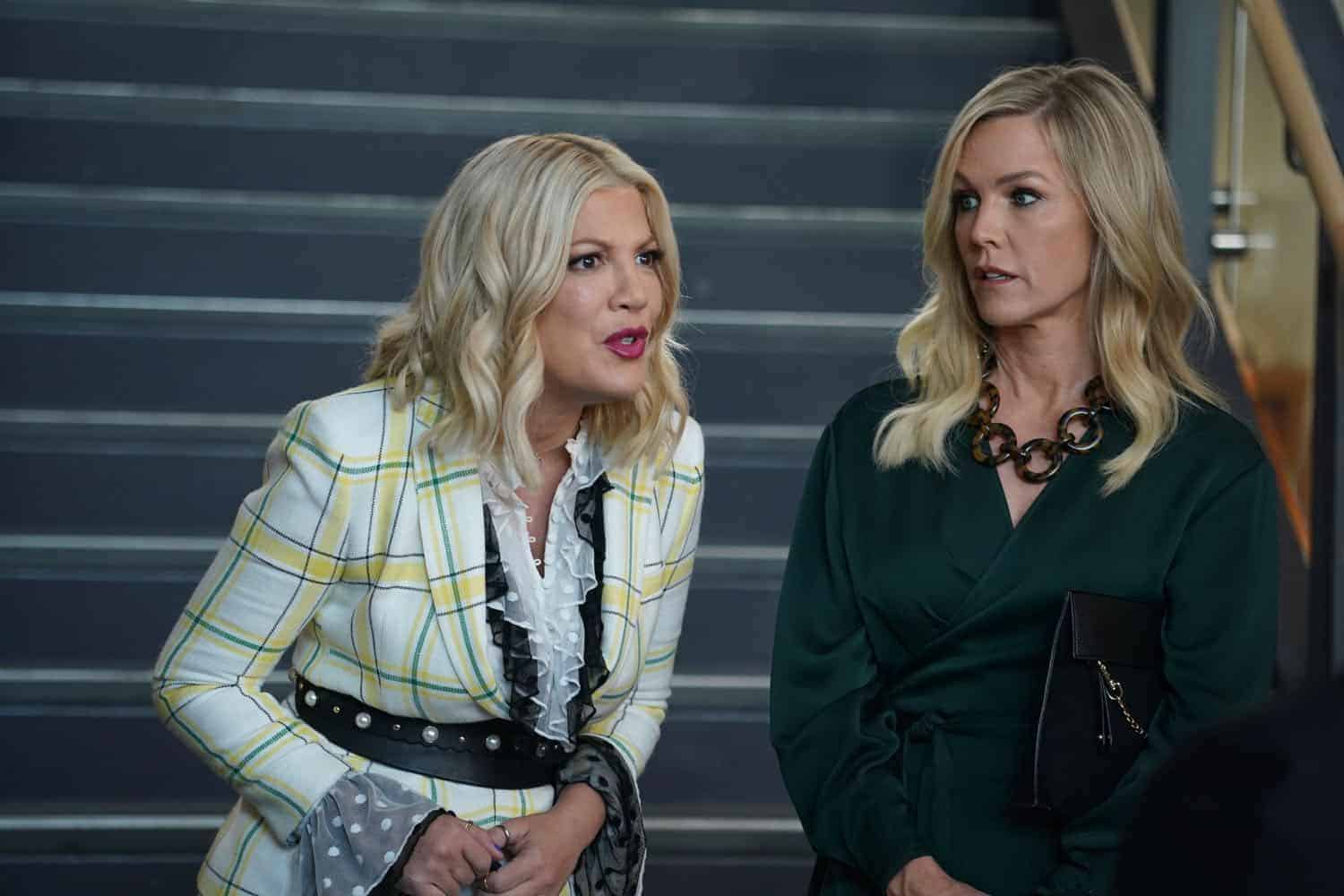 BH90210 Season 1 Episode 2 Photos The Pitch – When FOX greenlights a 90210 reboot, on the condition that seven of the original “Beverly Hills, 90210” cast members get on board, Tori and Jennie confront each of their former castmates and are met with more resistance than they had anticipated. Meanwhile, the gang deals with the repercussions of their actions in Las Vegas, Shannen gets a call from a friend and former “Beverly Hills, 90210” costar Christine Elise pops back into their lives in the all-new “The Pitch” episode of BH90210 airing Wednesday, Aug. 14 (9:00-10:00 PM ET/PT) on FOX. (BHN-102) (TV-14 D, L, S)

Having gone their separate ways since “Beverly Hills, 90210” ended 19 years ago, Brian Austin Green, Gabrielle Carteris, Ian Ziering, Jason Priestley, Jennie Garth, Shannen Doherty, and Tori Spelling reunite when one of them suggests it’s time to get a “Beverly Hills, 90210” reboot up and running. But prepping the new series may make for an even more delicious soap than the reboot itself. What will happen when first loves, old romances, friends and frenemies come back together, as this iconic cast – whom the whole world watched grow up together – attempts to continue from where they left off?