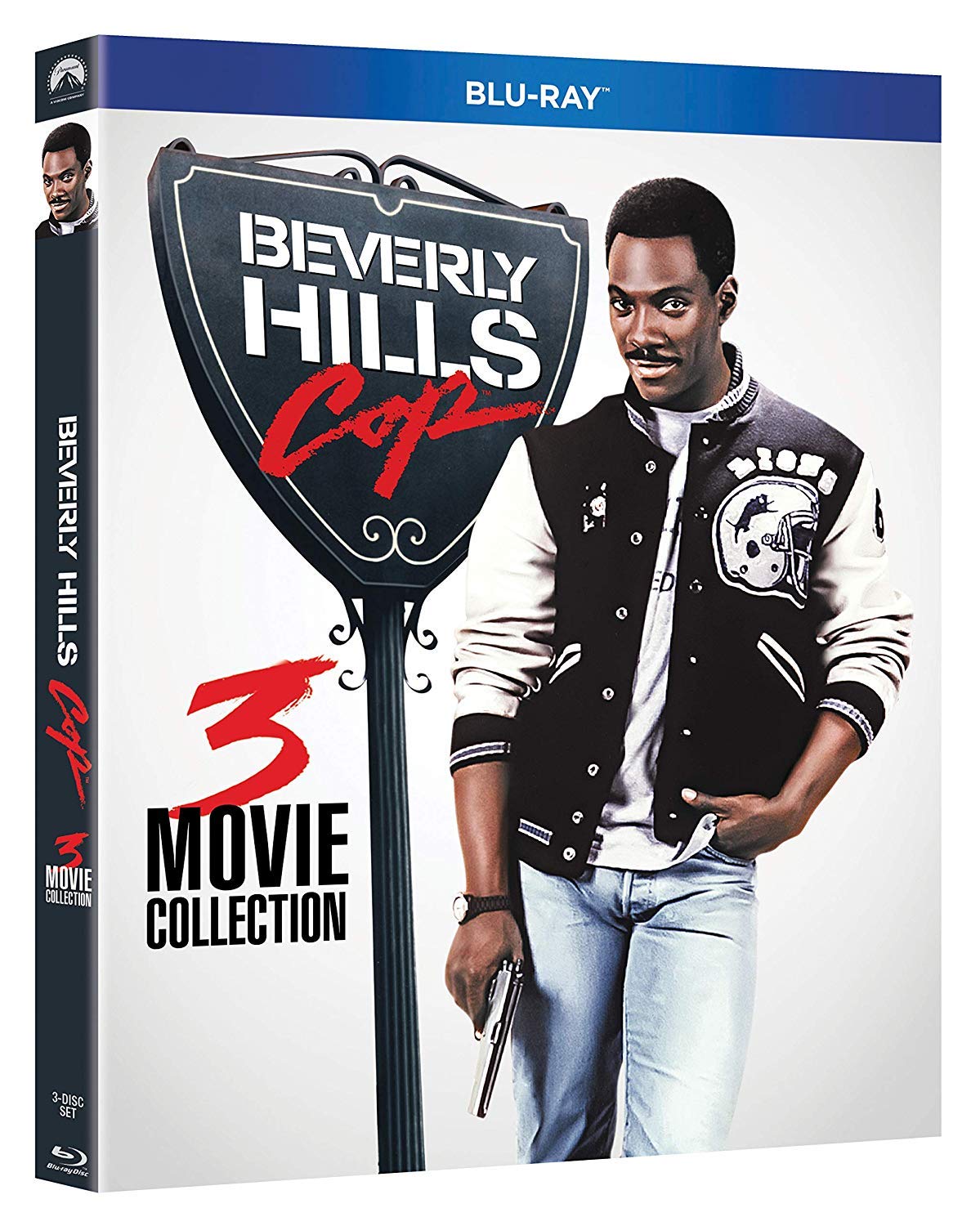 Seat42F and Paramount Home Media have teamed up to give three lucky winners a copy of the BEVERLY HILLS COP Movie Collection on Blu-ray.  For a chance to win send an email to contest@seat42f.com and tell us your favorite Eddie Murphy movie. Only one entry per person. Contest ends January 21st. Winners will be notified on January 22nd via email.

Celebrating its 35th anniversary, the action-comedy classic BEVERLY HILLS COP follows the one-and-only Axel Foley, a street-smart cop from Detroit. Tracking down his best friend’s killer in Beverly Hills, Axel smashes through the local barriers in a hilarious, high-speed pursuit of justice.