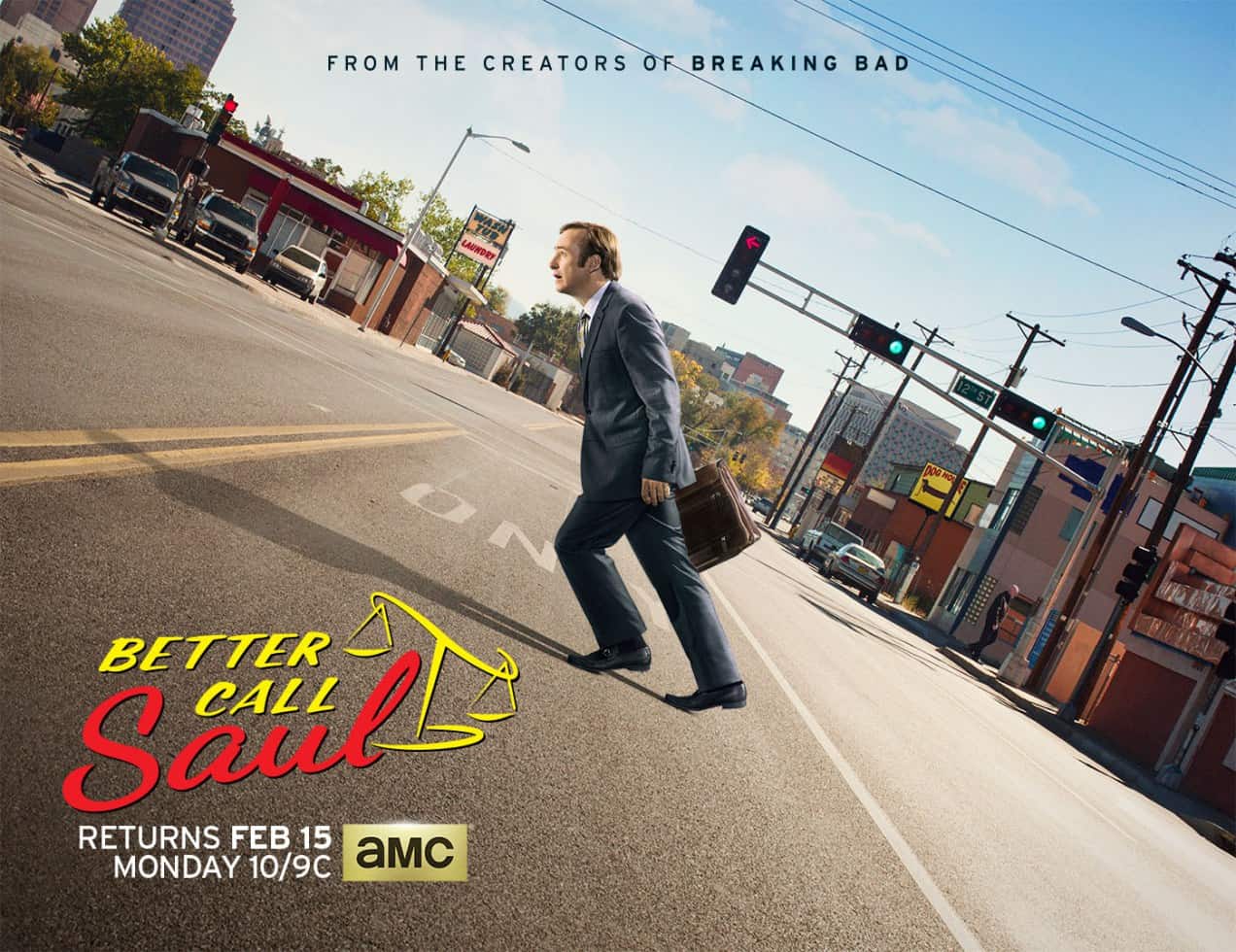 A prequel to the award-winning series “Breaking Bad,” the series follows down-on-his-luck Jimmy McGill (Bob Odenkirk) as he navigates the moral dilemmas of the legal world while trying to step out of his older brother’s shadow and make a name for himself. Season one found Jimmy stumble upon a large class-action lawsuit, which led to a promising job opportunity at a large firm. Having arrived at a fork in the road, will Jimmy take the straight and narrow path with a safe corporate job or will he fall back into his “Slippin’ Jimmy” con-artist ways?

Better Call Saul debuted in February 2015 as the season’s #1 new series on cable among viewers, adults 18-49 and adults 25-54. It now holds the title as the 3rd highest-rated first season in cable history among adults 18-49 and adults 25-54 since Nielsen began measuring live+3 viewing, after “Fear the Walking Dead” at #1 (2015) and “The Walking Dead” at #2 (2010). Its inaugural season garnered seven Primetime Emmy® Award nominations, including Outstanding Drama Series, and won two Critics’ Choice TV Awards for Best Actor in a Drama Series (Bob Odenkirk) and Best Supporting Actor in a Drama Series (Jonathan Banks) and the TCA Award for Outstanding New Program.