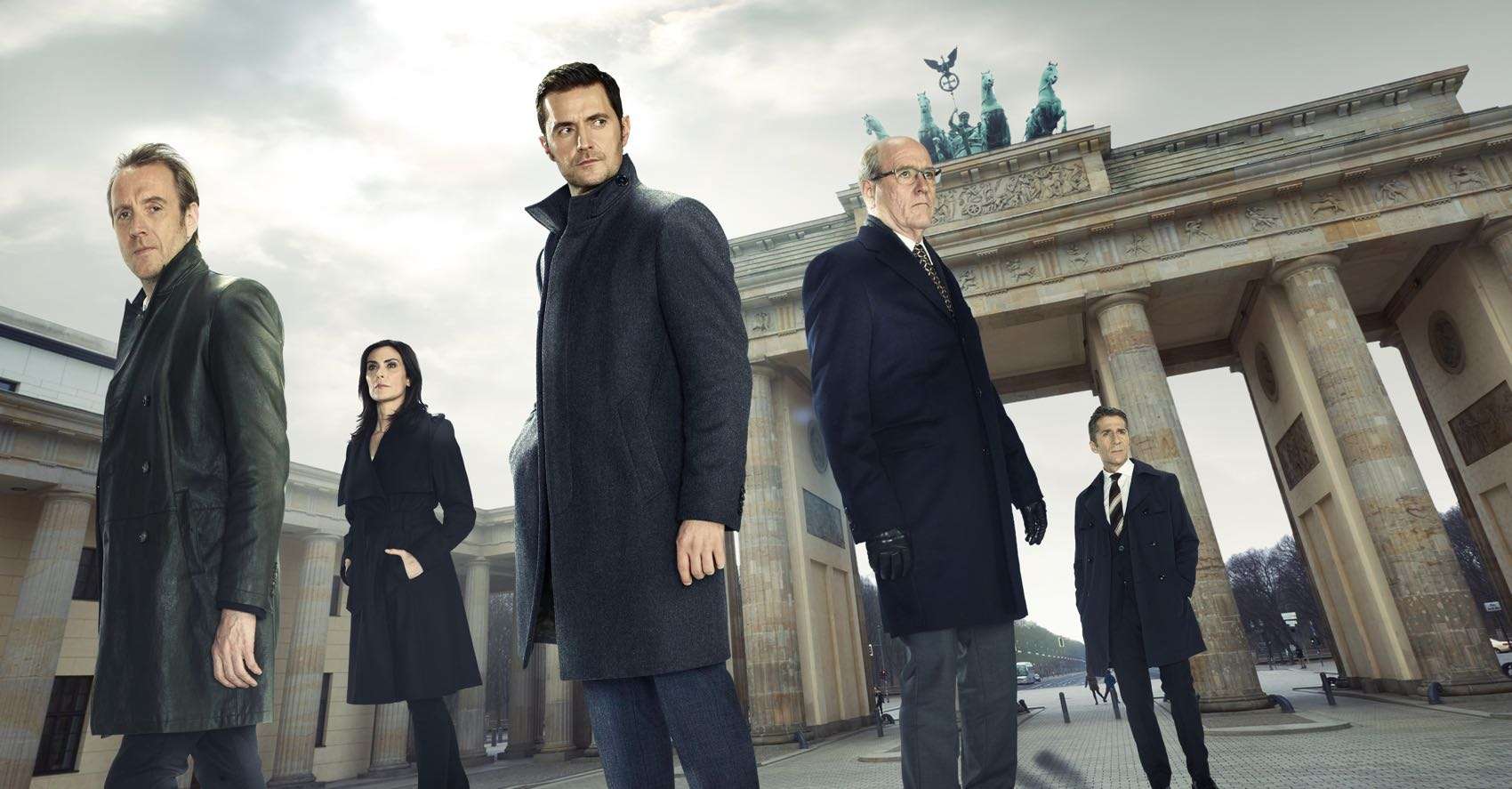 Premium movie service Epix joins the original scripted world this weekend with two new shows. One, a drama, is called BERLIN STATION, a slow-burn spy drama set in the city of Berlin, Germany. Created by novelist Olen Steinhauer, the series has shades of Tinker Tailor Soldier Spy and hops onto the current trend of espionage television programs, but with more international flavor than most. It boasts a cast that includes many well-knowns, so it seems ripe for success, but is it good enough?

The plot will seem pretty familiar to anyone who pays attention to the news, though it’s not really based on a true story. An Edward Snowden-like man named Thomas Shaw is leaking the covert activities of the American CIA office in Berlin, exposing the identities of local sources. Agent Daniel Miller (Richard Armitage, The Hobbit, Robin Hood), who is from Berlin but has been working elsewhere, is called home to investigate. Knowing there is a mole in the CIA station itself, everyone is on edge as Daniel attempts to find and stop the leak, and early indications are he’s good enough at his job to do so.

Who is the mole within the organization? Is it station chief Steven Frost (Richard Jenkins, Six Feet Under, Olive Kitteridge), who is having an affair with his secretary, Sandra Abe (Tamlyn Tomita, Teen Wolf)? Maybe it’s the woman who brings Daniel in, Valerie Edwards (Michelle Forbes, The Killing, True Blood), trying to deflect attention, although she does seem awfully upset when one of her contacts is burned. Or perhaps it’s Daniel’s former partner, Hector DeJean (Rhys Ifans, Elementary, The Amazing Spider-Man), who likes the seedy night life of the city? Or even agent Robert Kirsch (Leland Orser, Ray Donovan, Taken), who gets less character development in the pilot than those above?

BERLIN STATION makes the interesting choice of not leaving the viewer in the dark very long. While many series in this genre would keep the identity of the turncoat for a season-long mystery that must be solved, this one doesn’t, at least for those following along at home; it’s less certain how long it will take Daniel to figure things out. Which is a bold decision that will change how many view the story.

But is it a good idea? That, I’m not certain of. Part of the draw of a spy series is the unanswered questions, putting together the clues, and the suspense of figuring things out. BERLIN STATION takes that away early on, so it must rely on other elements to keep the viewers tuning in.

There are some great elements in this show. The cast, as listed above, is terrific, and I like the other characters, too, the German counterparts and enemy agents. The setting is cool, as the show is actually filmed in Berlin. The quality of the production and direction is pretty high. The stakes are real enough, and the plot feels familiar without being repetitive.

However, I also found the show boring. I like a good spy drama; The Americans is probably my favorite currently on the air, and Homeland is good, too. But I didn’t care for Tinker Tailor Soldier Spy because I found the film too slow, not really holding my interest. BERLIN STATION seems to follow that format, and without even leaving the identity of the bad guy a secret, I really don’t have any interest in continuing past episode one.

If you’re a fan of this particular subgenre, though, and enjoyed the Gary Oldman-fronted movie, then this is likely to give you what you’re looking for, a regular weekly show in a particular format.

BERLIN STATION premieres tonighton Epix, and the network is allowing anyone to sample the first two hours free of charge on its website now.