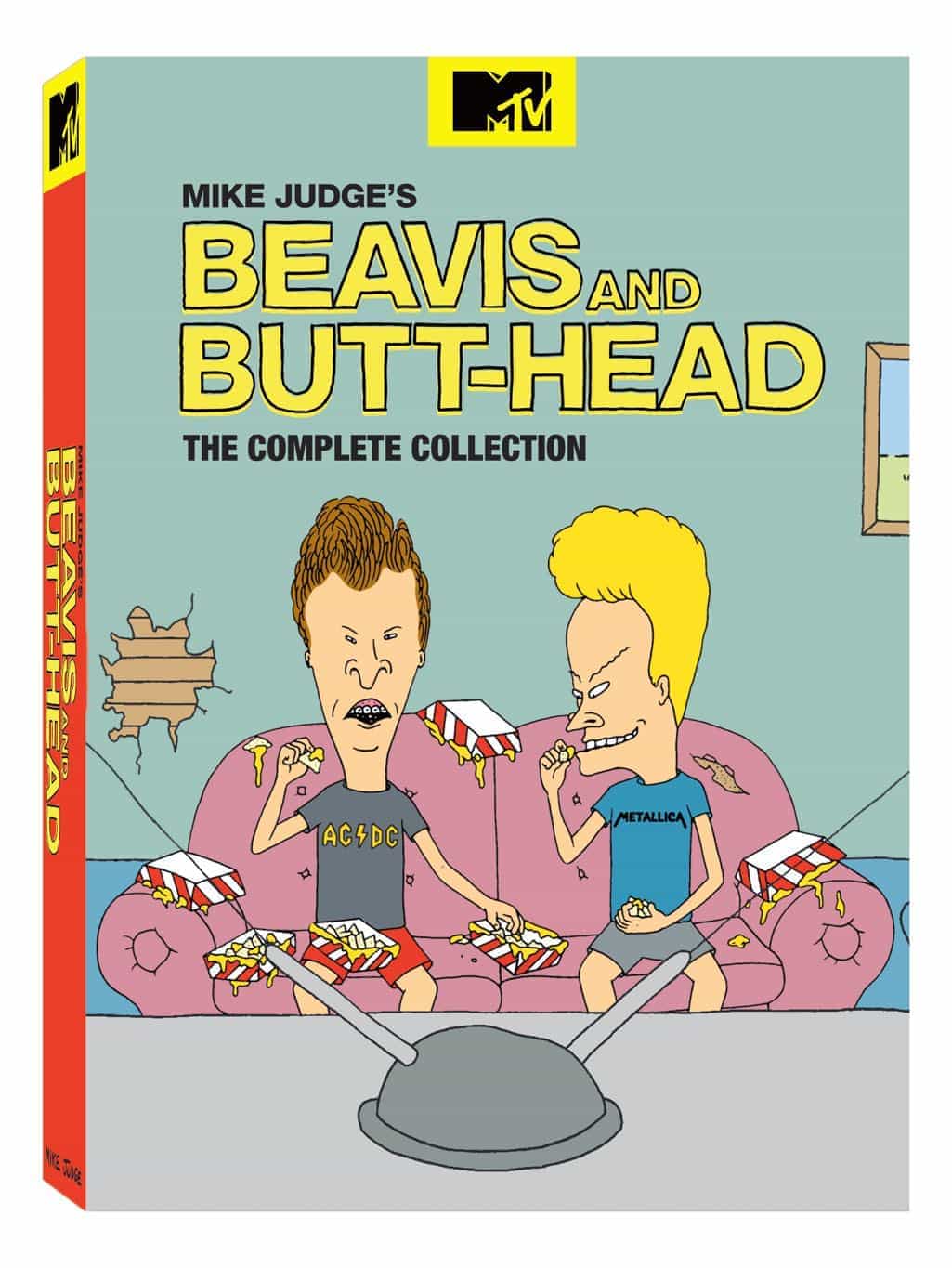 Seat42F and Paramount Home Media Distribution have teamed up to give THREE lucky winners a copy of BEAVIS AND BUTT-HEAD: The Complete Collection on DVD. For a chance to win leave a comment below telling us your favorite BEAVIS AND BUTT-HEAD character. Only one entry per person. Contest ends February 28th. Winners will be notified on March 1st via email so make sure to use a valid email address when you post your comment.

Creator Mike Judge’s beloved slackers are back in BEAVIS AND BUTT-HEAD: The Complete Collection, coming to DVD February 14, 2017. When Beavis and Butt-Head first appeared on MTV more than a decade ago, critics dismissed them as brainless couch potatoes who did nothing but watch TV and make lewd jokes about bodily functions. Today we know they were ahead of their time. Beavis and Butt-Head’s unique idiocy profoundly changed television, movies, pop culture and the world.

Now, America’s favorite culture critics are back in this comprehensive new collection to tell us all exactly what sucks. Housing everything in one set for the first time ever, BEAVIS AND BUTT-HEAD: The Complete Collection includes all four volumes of the acclaimed television series—including the boys’ triumphant return in 2011—as well as the Special Collector’s Edition of the fan-favorite movie Beavis and Butt-Head Do America. In addition, the 12-DVD set boasts a wealth of bonus material including “Taint of Greatness: The Journey of Beavis and Butt-Head” Parts 1-3, VMA appearances, a Thanksgiving Special with Kurt Loder, the 1994-1996 Butt-Bowls, MTV 20th Anniversary Special, the original, un-cut “Frog Baseball,” a 2011 Comic-Con panel featuring Mike Judge and moderator Johnny Knoxville, promos, montages, and much, much more. BEAVIS AND BUTT-HEAD: The Complete Collection has a suggested retail price of $46.99.