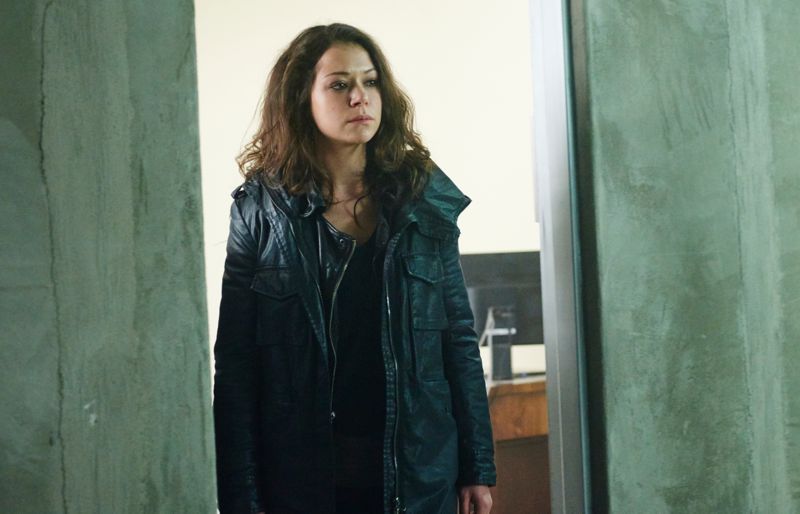 BBC AMERICA announced today the renewal of its award-winning original series “Orphan Black” for a fifth and final season.  The drama starring Tatiana Maslany has been re-commissioned for a 10-episode order from Temple Street and is slated to air in 2017. The series has been hailed as “thoroughly impressive, wildly entertaining” by The Hollywood Reporter, and as “a singular accomplishment in drama” by The Daily Beast.  Season four is currently airing and will finale tonight, Thursday, June 16th at 10/9c.

Sarah Barnett, President of BBC AMERICA, stated, “’Orphan Black is a thrilling, genre-bending ride that has captured our fans’ imaginations and hearts like no other show.  Our genius team of actors, writers and producers have, time after time, taken us to a place of awe, delight and utter shock and surprise. Tatiana has been and continues to be a complete revelation, hers is one of the most remarkable performances on television, and she is joined by an extraordinary cast.  We can’t wait to take our incredibly passionate audience on one final gobsmacking clone adventure.”

Co-creators John Fawcett and Graeme Manson stated: “We are excited to deliver an epic conclusion to the tale of Sarah and her clone sisters. The past four seasons have been a phenomenal adventure and we are eternally grateful to our loyal fans who have loved the twists and thrills of our weird little show.  We are thankful to our partners at Temple Street, and to BBC AMERICA and Space for their support and giving us the opportunity to end on a high.”

“When we embarked upon this journey with John and Graeme, we knew we had something special on our hands, but didn’t imagine how deeply it would resonate with audiences and the worldwide acclaim it would receive.   We are truly in awe of Tatiana who, each season, pulls off the impossible and brings each clone and their unique personalities to life in an extraordinarily captivating way,” said David Fortier and Ivan Schneeberg, Executive Producers of Orphan Black and Co-Presidents of Boat Rocker Studios.

“We are so proud of the cast and crew, who will be on this final ride with us as we draw the Orphan Black story to a close, and extremely thankful to our partners at BBC AMERICA and Space for their continued support, as well as the legions of fans who have made these five seasons possible”.

It all started on a train platform. A troubled woman, Beth Childs (Maslany), locked eyes with an unknown identical woman, Sarah Manning (Maslany), before jumping to her death. From that day on, they’ve been inextricably linked to a clone conspiracy that has come to rule Sarah’s life. Every twist and turn around the maze of this world has led to a new enemy, a new ally, a new clone and always, new questions. How many of us are out there? Who created us? Who is trying to kill us? Why are we sick and how do we survive?  The search for these answers have sent Sarah and her newly-found sisters Alison (Maslany), Cosima (Maslany) and Helena (Maslany) crashing head first into some of the most nefarious foes and life revelations they could’ve ever imagined.  Neutralizing enemies and gaining answers to some of these questions however hasn’t brought them any closer to solving the most important mystery of all – their survival.  The cast includes Tatiana Maslany, Jordan Gavaris, Maria Doyle Kennedy, Kristian Bruun, Skyler Wexler, Kevin Hanchard, Ari Millen, Evelyne Brochu and Josh Vokey.

BBCA recently announced its upcoming premiere slate, as well as new development projects from Amy Poehler and Natasha Lyonne, and Neal Baer, and the producers of “Top of the Lake,” among others. Upcoming premiere dates include The Hunt on July 3rd, Ripper Street S4 on July 28th, Undercover on November 17th, The Living and the Dead in Fall 2016, and Planet Earth II coming in Winter 2017.  Recently announced special David Beckham: For the Love of the Game will premiere this summer.