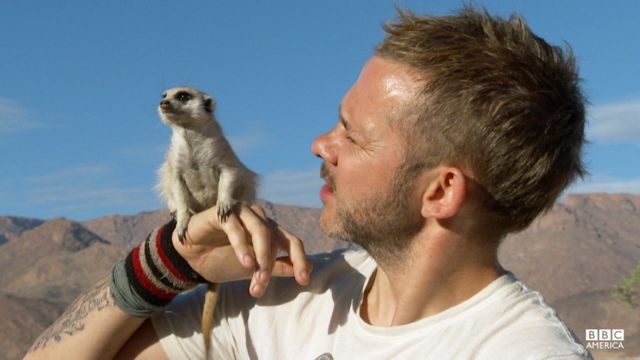 BBC AMERICA announced today that original adventure series, Wild Things with Dominic Monaghan will return to the channel for an action-packed second season. Nominated for a Critics Choice Award for Best Reality series, the show follows actor Dominic Monaghan (Lost, Lord of the Rings) as he takes viewers on a heart-pumping adventure to the most remote corners of the globe in search of the biggest, scariest and most exotic animals on the planet. Commissioned by BBC AMERICA, the series is produced by Cream Productions and Wildfire Television.  Wild Things with Dominic Monaghan will premiere in 2014 on BBC AMERICA.

“I’m excited to travel the world and continue to tell stories about the rare and beautiful animals we share this planet with on season two of Wild Things,” says Dominic Monaghan.  “Thanks to all the fans and to BBC AMERICA for all their support on a project that means so much to me.”

Perry Simon, General Manager, BBC AMERICA says:  “The first season of Wild Things with Dominic Monaghan was an amazing thrill ride that introduced viewers to fascinating rare creatures and exotic locales, and we can’t wait to set off on new journeys with Dominic.  His vast knowledge of these animals and infectious enthusiasm make him the perfect host for this signature BBC AMERICA adventure series.

“We are very proud of Wild Things and are excited to be setting out again with Dominic on this adventure,” says David Brady, Executive Producer, Cream Productions.  “His genuine fascination for the natural world and his warm and engaging nature brings a real heart to this series.”

In each episode, Monaghan takes viewers along on an intimate, action-packed quest as he ventures to track down and get up close and personal with some of the planet’s most rare and life-threatening animals. Season one saw him on the hunt for millions of flesh-slicing army ants in the steamy rainforests of Ecuador, searching for a giant venomous centipede in the caves of Venezuela, and facing off with a deadly scorpion in the arid deserts of Namibia.