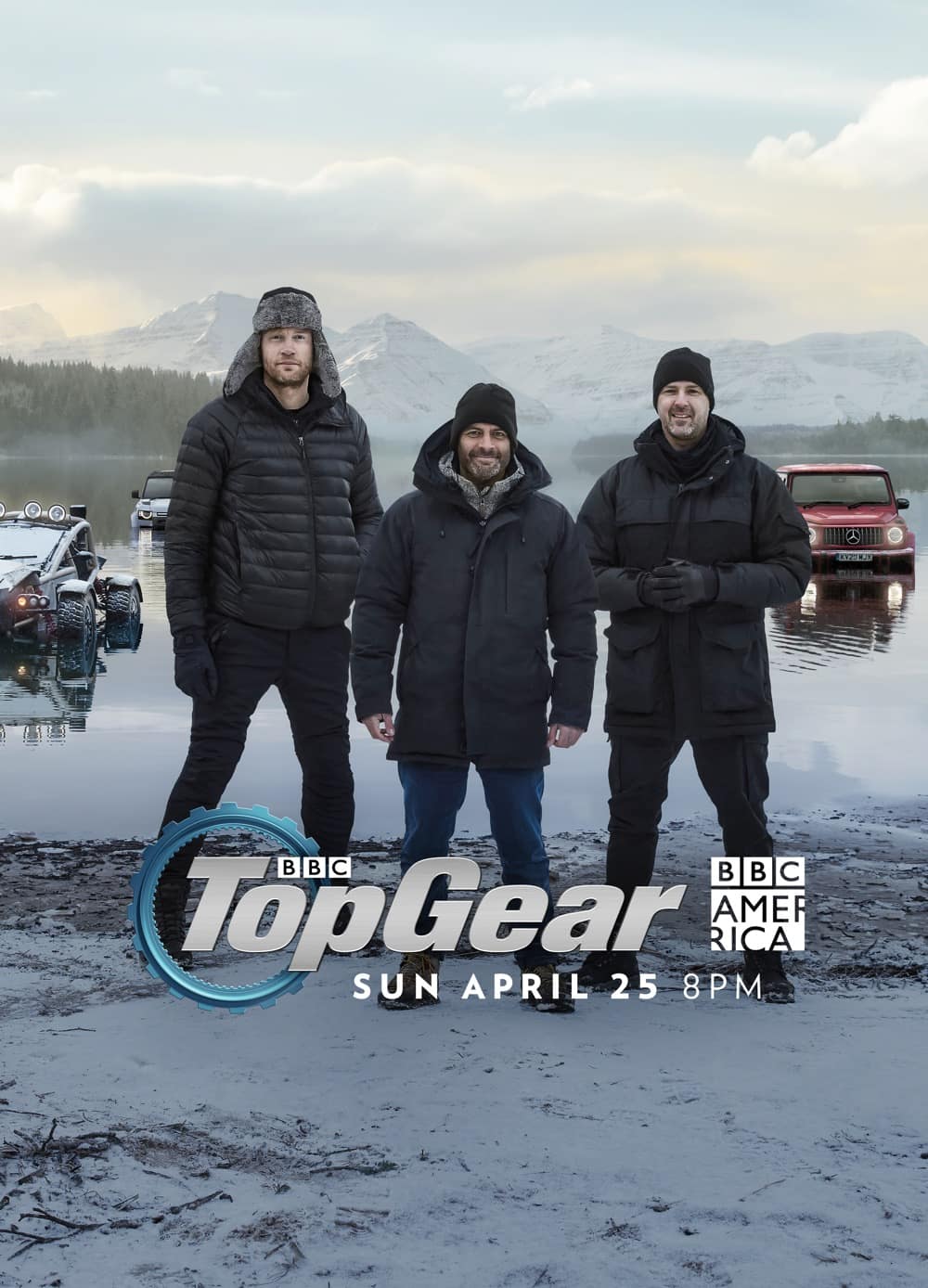 The world’s biggest motoring show, Top Gear, returns to BBC AMERICA and AMC+ on Sunday, April 25 at 8pm ET/7c. In their fourth season at the wheel, hosts Freddie Flintoff, Chris Harris and Paddy McGuinness hit the road again in a series of challenges designed to push them and their cars to the limit. This season sees the trio tackling the thorny issue of ‘mid-life crisis’ cars, heading to the Scottish Highlands on a punishing off-road adventure, celebrating and driving some of the most iconic cars from the James Bond films, and taking a nostalgic trip down memory lane as they drive their dads old cars. Additionally, these four, all-new episodes feature reviews of the new Lamborghini Sian, the Toyota GR Yaris and the Ferrari Roma.

BBC AMERICA’s new trailer, released today, shows a glimpse of the wild ride that is in store for the trio, including a sparks-flying Titanium-shoed Freddie being dragged along a Scottish runway by The Stig in an Ariel Nomad, to moments later driving around in, well, half of a car… Moreover, it teases Top Gear teaming up with the 007 franchise to pay tribute to some of the iconic movie series’ best loved – and less well known – cars. Paddy, Freddie and Chris get to live out their boyhood fantasies in a smorgasbord of 007 automobiles, including the classic Aston Martin DB5 first seen in Goldfinger and the decapitated Renault 11 Parisienne taxi Roger Moore famously piloted in A View To A Kill.

The series is produced by BBC Studios with Clare Pizey and Alex Renton serving as executive producers.