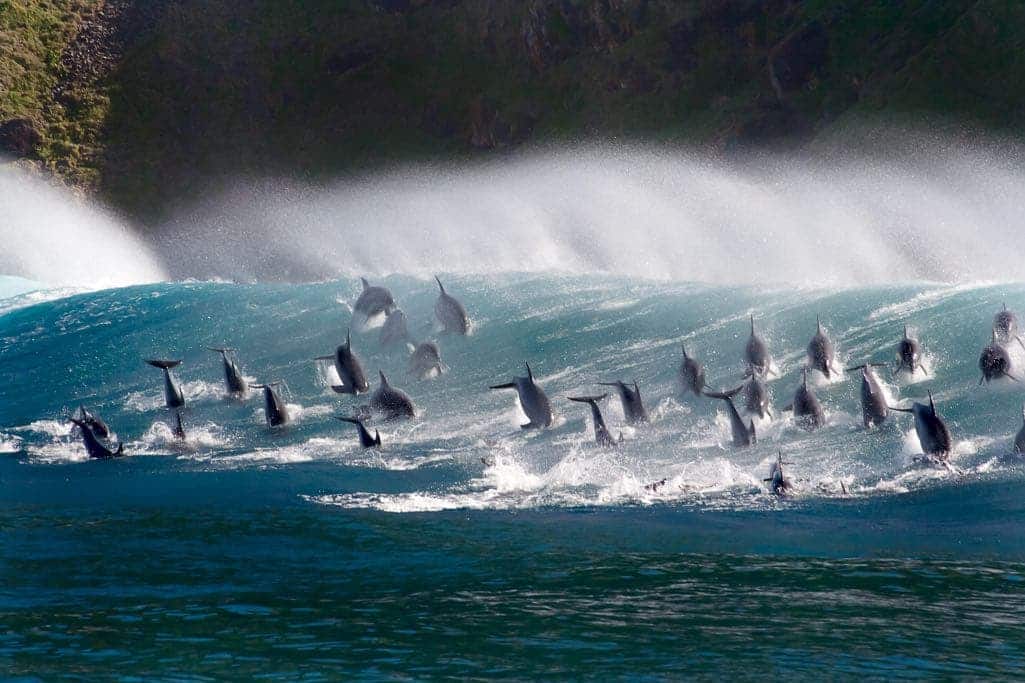 BBC AMERICA announced today the greenlight of Blue Planet II, the next chapter in the epic story of our planet.  This brand new seven-part landmark nature series exploring the world’s oceans, will be presented by world renowned broadcaster and naturalist Sir David Attenborough. Today’s news comes following the premiere of Planet Earth II this past Saturday with new episodes airing on BBCA on Saturday nights at 9PM.

David Attenborough said: “I am truly thrilled to be joining this new exploration of the underwater worlds which cover most of our planet, yet are still its least known.”

Sarah Barnett, President, BBC AMERICA, commented: “Hot on the heels of a rapturous response in the US to Planet Earth II, we are delighted to announce our next, phenomenal and beautiful series from the BBC Natural History Unit, Blue Planet II.  Like Planet Earth II, this is a remarkable and relevant sequel – this time plunging us into an awe inspiring trip into our planet’s oceans – that will stand out as rare and extraordinary, even in today’s superlative TV landscape.”

Twenty years ago, a team of wildlife filmmakers from the BBC’s Natural History Unit set out to make a series on the world’s oceans, the breadth and scale of which had never been seen before. Broadcast in 2001, the multi-award-winning The Blue Planet, presented by Sir David Attenborough, cemented the Unit’s peerless reputation for underwater filming.

Now, a generation on, the NHU has returned to these underwater worlds for Blue Planet II, with even more ambitious filming and a fresh cast of extraordinary aquatic animals, spending some 1000 hours filming in every continent and in all of the earth’s oceans to immerse the audience in some of the most expansive but least well know parts of our planet.

Tom McDonald, Head of Commissioning, Natural History and Specialist Factual, said: “Blue Planet II promises to combine the exceptional craftsmanship that our audiences have come to expect from BBC Natural History with genuinely new revelations about the creatures and habitats of the world’s oceans. I have no doubt it will thrill and delight the audience; and deliver a new benchmark in Natural History filmmaking”.

James Honeyborne, Executive Producer, said: “In the last decade, the oceans have been shown to be richer than could have been imagined, with more species being discovered than ever before. Blue Planet II is taking its cue from these breakthroughs, unveiling unbelievable new places, extraordinary new behaviors and remarkable new creatures. Showing a contemporary portrait of marine life in the world’s oceans today, it will provide a timely reminder that this is a critical moment for the health of the world’s oceans.”

Blue Planet II explores the latest frontiers of scientific discovery, from icy-white polar seas to vibrant blues of the coral atolls, from the storm-tossed green Atlantic coastline to the black depths of the alien deep. Viewers will encounter surprising new landscapes such as methane volcanos which erupt in the Gulf of Mexico, creating underwater lakes of poisonous brine; and the so-called “Boiling Sea” phenomenon in the Pacific Ocean. And by taking two manned submersibles to Antarctic waters to 1000m for the very first time, the series will bring a “new world” to the audience.

Astonishing new creatures, including hairy-chested Hoff crabs; snub fin dolphins that spit water through the air; and Pacific leaping blennies, have been filmed for the first time, and the crew was able to capture some extraordinary examples of behavior, such as sophisticated hunting between a coral grouper and a reef octopus; giant trevally that catch flying birds in mid-air; and a dive with a sperm whale mother and calf, as she heads deep in to the abyss to hunt.

The series’ camera teams have worked on every continent, and across every ocean, often in collaboration with marine scientists. They have developed new filming technologies, including UHD ‘tow cams’ that allow predatory fish and dolphins to be filmed front-on; UHD suction cams which enable the viewer to ‘travel’ on the back of large creatures such as whale sharks and orcas; and a motion control rig, which is used to shoot time-lapse footage in the ocean, to reveal previously unseen wild behaviors.

Blue Planet II, a seven-episode series, is made by BBC Studios Natural History Unit, co-produced with BBC AMERICA, WDR and France Télévisions in partnership with The Open University, Natural History and Specialist Factual.