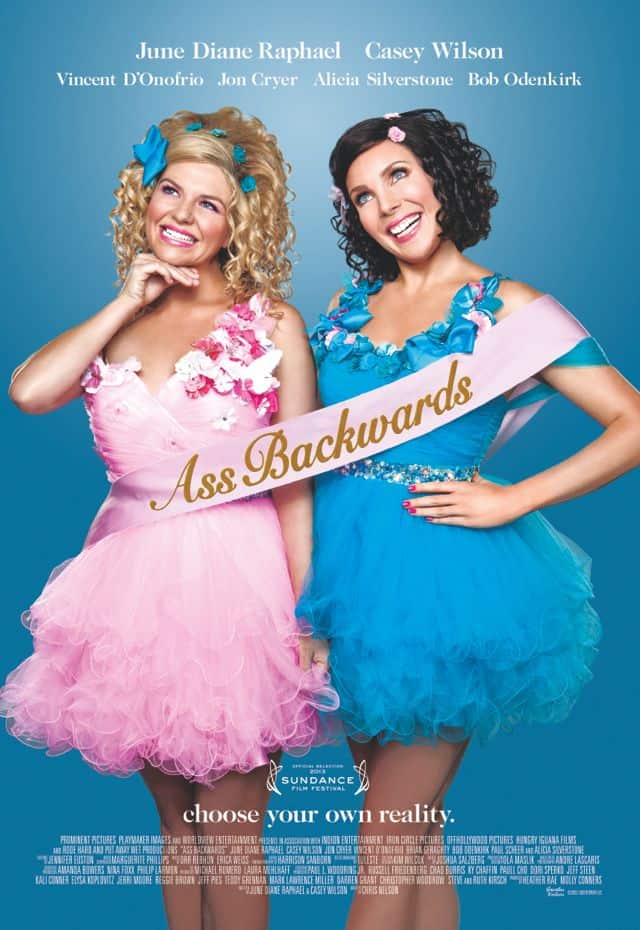 ASS BACKWARDS Movie Poster : Kate (June Diane Raphael) and Chloe (Casey Wilson) are two childhood best friends who met when they placed dead last in their hometown beauty pageant. Now they are all grown up and living in New York City, where Chloe works as a “girl in a box” at a nightclub and Kate is a CEO….of her own one-woman egg donor “corporation”. Lost in delusion, they believe they are living large until an invitation to their hometown pageant arrives and their past comes back to haunt them. Join these two loveable losers as they take an ass backwards journey home to reclaim their crown, stopping off at a women’s separatist commune, an amateur strip club competition, and meeting their favorite reality TV star along the way.