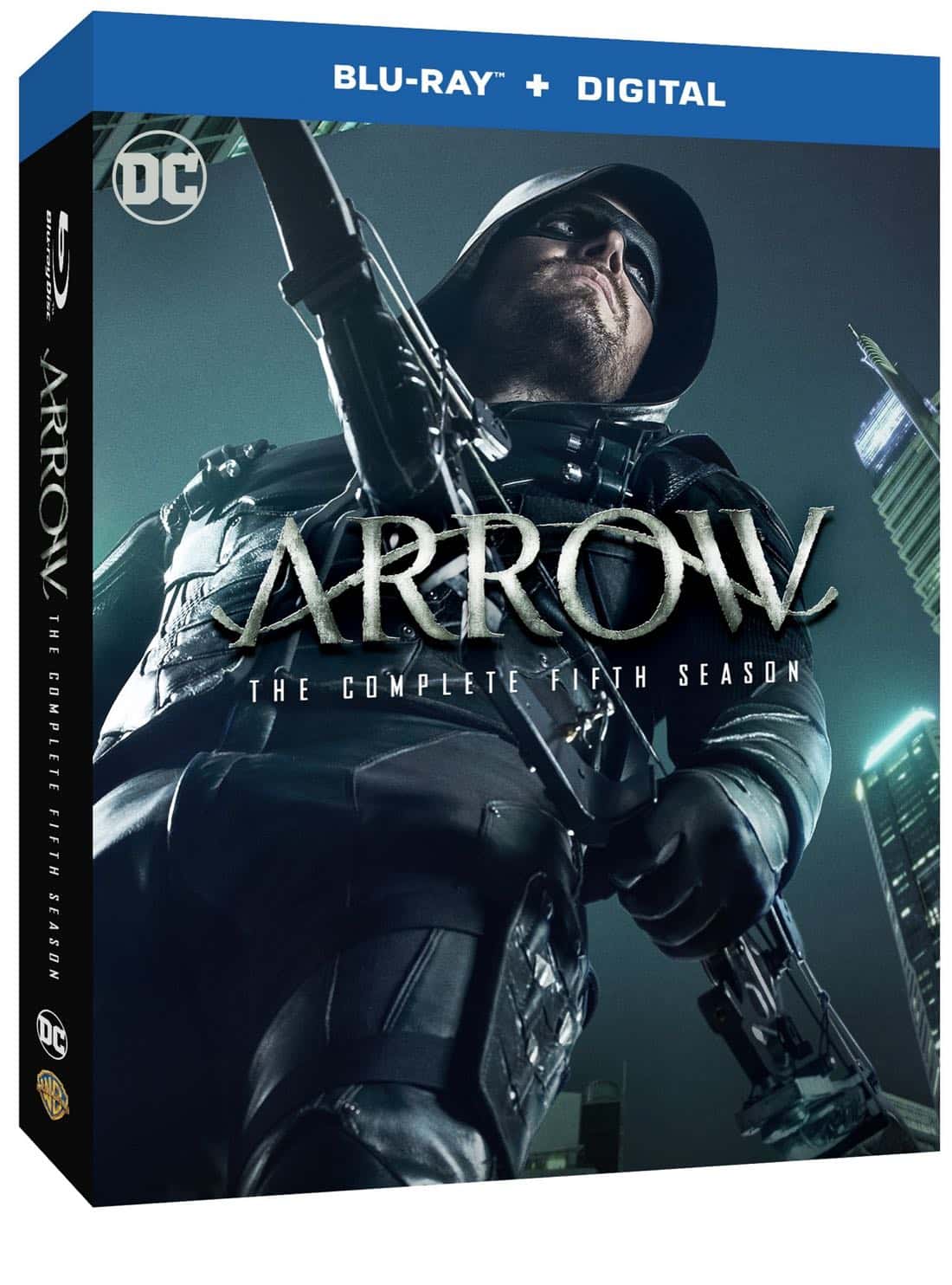 In Season Five, newly appointed Mayor Oliver Queen finds himself challenged as he fights on two fronts for the future of Star City. With his right hand, John Diggle, back in the military and his sister Thea adamant about hanging up her vigilante hood as Speedy, Team Green Arrow is down to just Oliver and Felicity – but they’re no longer the only vigilantes in town. Green Arrow’s public defeat of Damien Darhk at the end of Season Four has inspired a new crop of masked heroes to step up and defend the city, though their painful inexperience makes them obstacles rather than allies in the field. The arrival of a deadly new adversary will force Oliver to confront questions about his own legacy, both as mayor and as the Green Arrow.

“After five strong seasons, Arrow remains one of the most talked-about shows on the air,” said Rosemary Markson, WBHE Senior Vice President, Television Marketing. “The loyal fan base will enjoy the special features, in addition to the 23 gripping episodes following new challenges and new characters.”

With Blu-ray’s unsurpassed picture and sound, Arrow: The Complete Fifth Season Blu-ray release will include 1080p Full HD Video with DTS-HD Master Audio for English 5.1. The 4-disc Blu-ray will feature a high-definition Blu-ray and a Digital Copy of all 23 episodes from Season Five.

3. A Matter of Trust

9. What We Leave Behind

DIGITAL HD
The fifth season of Arrow is also currently available to own on Digital HD. Digital HD allows consumers to instantly stream and download all episodes to watch anywhere and anytime on their favorite devices. Digital HD is available from various digital retailers including Amazon Video, CinemaNow, iTunes, PlayStation, Vudu, Xbox and others. A Digital Copy is also included with the purchase of specially marked Blu-ray discs for redemption and cloud storage through participating UltraViolet retail services including CinemaNow, Vudu and Flixster Video.