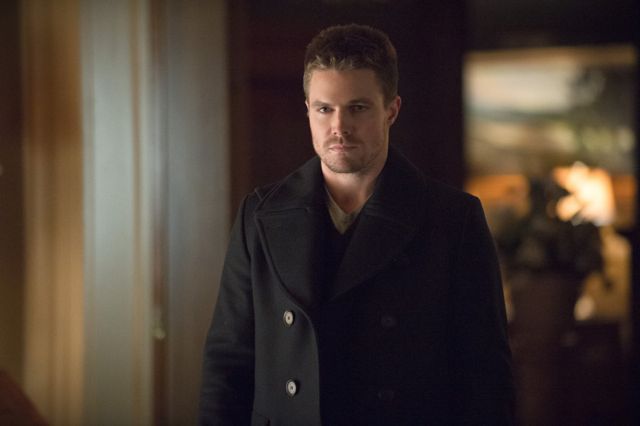 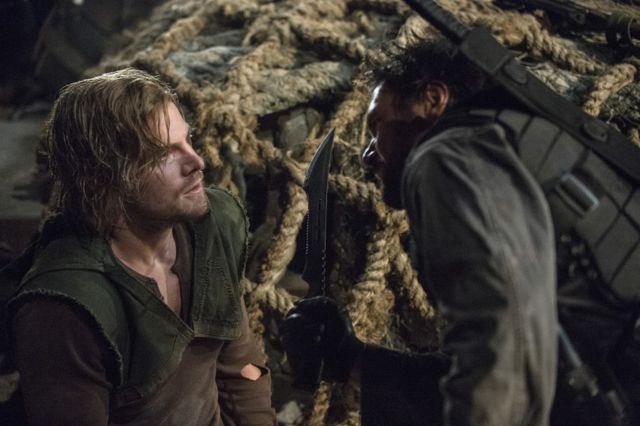 ARROW Episode 2.15 Photos The Promise : THE TURNING POINT — Oliver (Stephen Amell) is shocked when he learns that Slade (Manu Bennett) has come to Starling City.  Back on the island, as Oliver, Slade and Sara (Caity Lotz) prepare to take over the freighter from Ivo (guest star Dylan Neal), Sara pulls Oliver aside and tells him he needs to kill Ivo to prevent him from telling Slade what happened with Shado.  Oliver feels immense guilt over the situation but realizes Slade’s growing rage from the Mirakuru makes him unpredictable and he could turn on his friends if he thinks Oliver is to blame.  Oliver agrees to kill Ivo and the battle begins.  Glen Winter directed the episode written by Jake Coburn & Ben Sokolowski (#215)