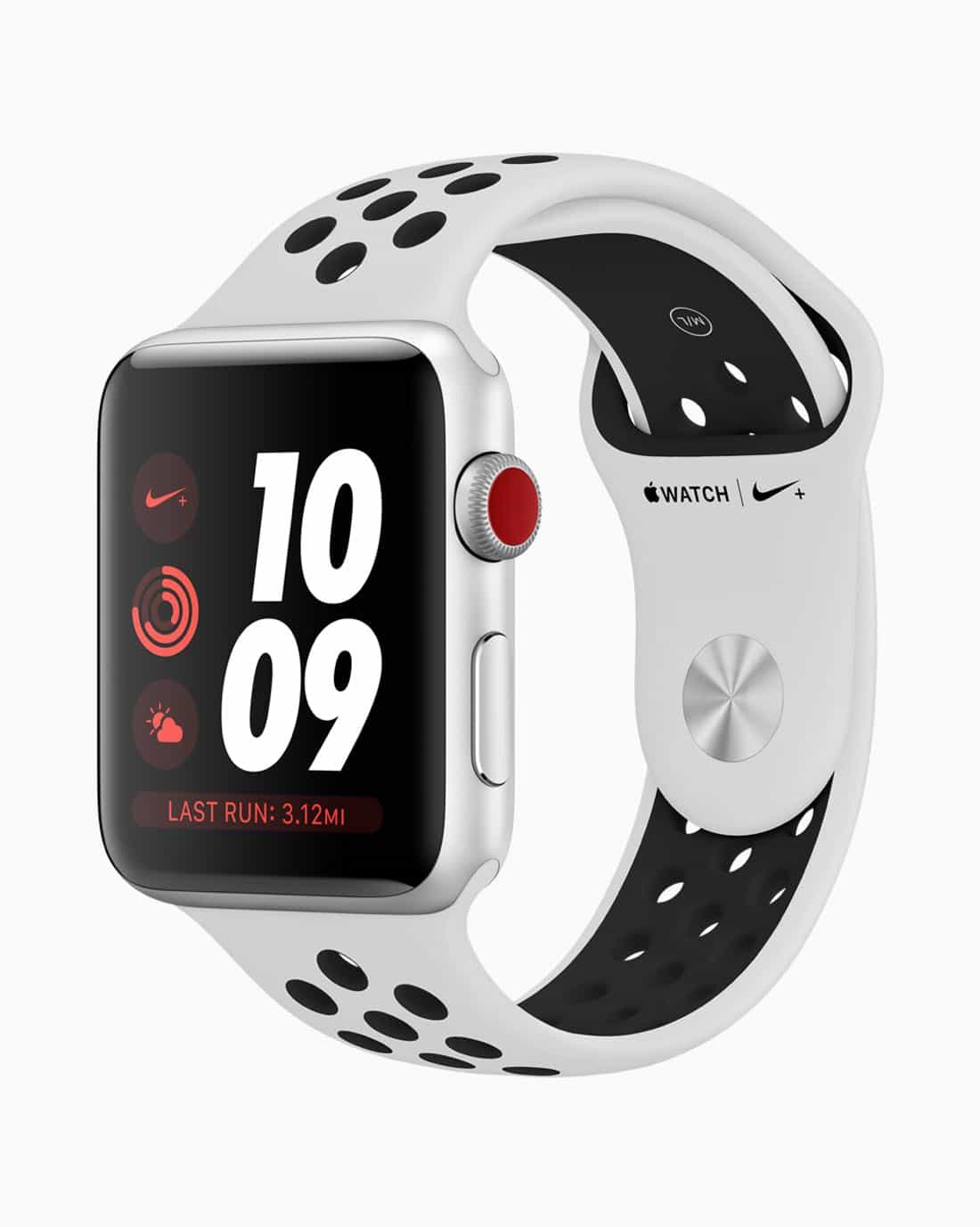 Apple today introduced Apple Watch Series 3, adding built-in cellular to the world’s number one watch. Whether users are out for a run, at the pool or just trying to be more active throughout their day, Apple Watch Series 3 with cellular allows them to stay connected, make calls, receive texts and more, even without iPhone nearby. The third-generation Apple Watch is an amazing health and fitness companion with intelligent coaching features, water resistance 50 meters1 and a new barometric altimeter that measures relative elevation. Apple Watch Series 3 comes in two models, one with GPS and cellular, and one with GPS, both featuring a 70 percent faster dual-core processor and new wireless chip.

“We believe the addition of cellular will transform the way people use Apple Watch, providing a new sense of freedom since they can stay connected with or without their iPhone,” said Jeff Williams, Apple’s chief operating officer. “Apple Watch Series 3 combined with the power of watchOS 4 is the ultimate device for a healthy life.”

Apple Watch Series 3 (GPS + Cellular) features a full LTE and UMTS cellular radio that switches seamlessly to cellular when it is away from iPhone. The watch shares the same number as iPhone so there’s no need to provide an additional number to family, friends or colleagues; and to help get customers started, participating carriers are also offering special introductory cellular plans at launch. Customers have the ability to make cellular calls directly with Apple Watch Series 3 (GPS + Cellular) and, when paired with AirPods, enjoy a seamless and fully wireless experience. Apple also pioneered an industry-first antenna design that uses the display itself as both a transmitting and receiving element for LTE and UMTS, while introducing a built-in eSIM that is over one-hundredth the size of a traditional SIM card, making over-the-air activation possible without compromising space.2

watchOS 4 features an updated Heart Rate app, giving even more insight to heart rate, including measurements during resting, workout, recovery, walking and Breathe sessions. Customers can also choose to receive a notification when their heart rate is elevated above a specific threshold while inactive. Other great watchOS 4 features include the proactive Siri watch face that displays the information users need most throughout the day, an enhanced Workout app with new interface, custom High Intensity Interval Training (HIIT) workout type and auto-sets for pool swims. With GymKit, users will soon enjoy the ability to connect to their favorite cardio equipment and experience two-way synchronization of data with just a tap, resulting in the most accurate information possible.3

The redesigned Music app experience automatically syncs playlists like New Music Mix and Favorites Mix, along with the user’s most listened to music. Later this fall, Apple Watch Series 3 (GPS + Cellular) will stream music, giving users access to any song from Apple Music, straight from the wrist. The new Radio app also enables listeners to access Beats 1 live or any Apple Music radio station while away from iPhone or Wi-Fi.

In addition to silver or space gray aluminum, Apple Watch Series 3 now comes in a gorgeous new gold aluminum, along with silver or space black stainless steel cases, which all pair with a stunning assortment of new band colors and styles. The Woven Nylon is updated with a new pattern and the incredibly lightweight Sport Loop effortlessly adjusts to fit wrists with unparalleled comfort. Apple Watch Edition expands to include a beautiful dark gray ceramic case that pairs with a new two-toned Sport Band.

Apple Watch Nike+ has been extremely popular, and this fall, the partnership continues with both models of Series 3 pairing with a new pure platinum/black Nike Sport Band or Sport Loop in exclusive colors. The Nike Run Club app has been updated to introduce exciting new features: Audio Guided Runs deliver world-class coaching and motivation from Nike’s elite coaches, athletes and entertainers, while the Cheers feature makes running more fun by allowing your friends to send audio-based cheers, which will motivate you during a run. Just Do It Sundays continues to provide inspiration and rewards from participation in the world’s largest running community. Apple Watch Hermès models come with built-in cellular and pair with a striking collection of new bands, including the Single Tour Rallye, in perforated Gala calfskin, inspired by the classic Hermès driving glove, and the Single Tour Eperon d’Or, in printed Gala calfskin, inspired by the equestrian scarf pattern designed by Henri d’Origny in 1974. A new watch face, inspired by the Carrick Hermès watch, also designed by Henri d’Origny in 1993, completes the existing selection of Hermès watch faces.

1 Apple Watch Series 3 has a water resistance rating of 50 meters under ISO standard 22810:2010. This means that it may be used for shallow-water activities like swimming in a pool or ocean. However, Apple Watch Series 3 should not be used for scuba diving, waterskiing or other activities involving high-velocity water or submersion below shallow depth. Stainless steel and leather bands are not water resistant.
2 Apple Watch and iPhone service provider must be the same. Not available with all service providers. Roaming is not available outside your carrier network coverage area. Wireless service plan required for cellular service. Contact your service provider for more details. Check apple.com/watch/cellular for participating wireless carriers and eligibility.
3 Participating equipment manufacturers and gyms vary.
4 In most countries. 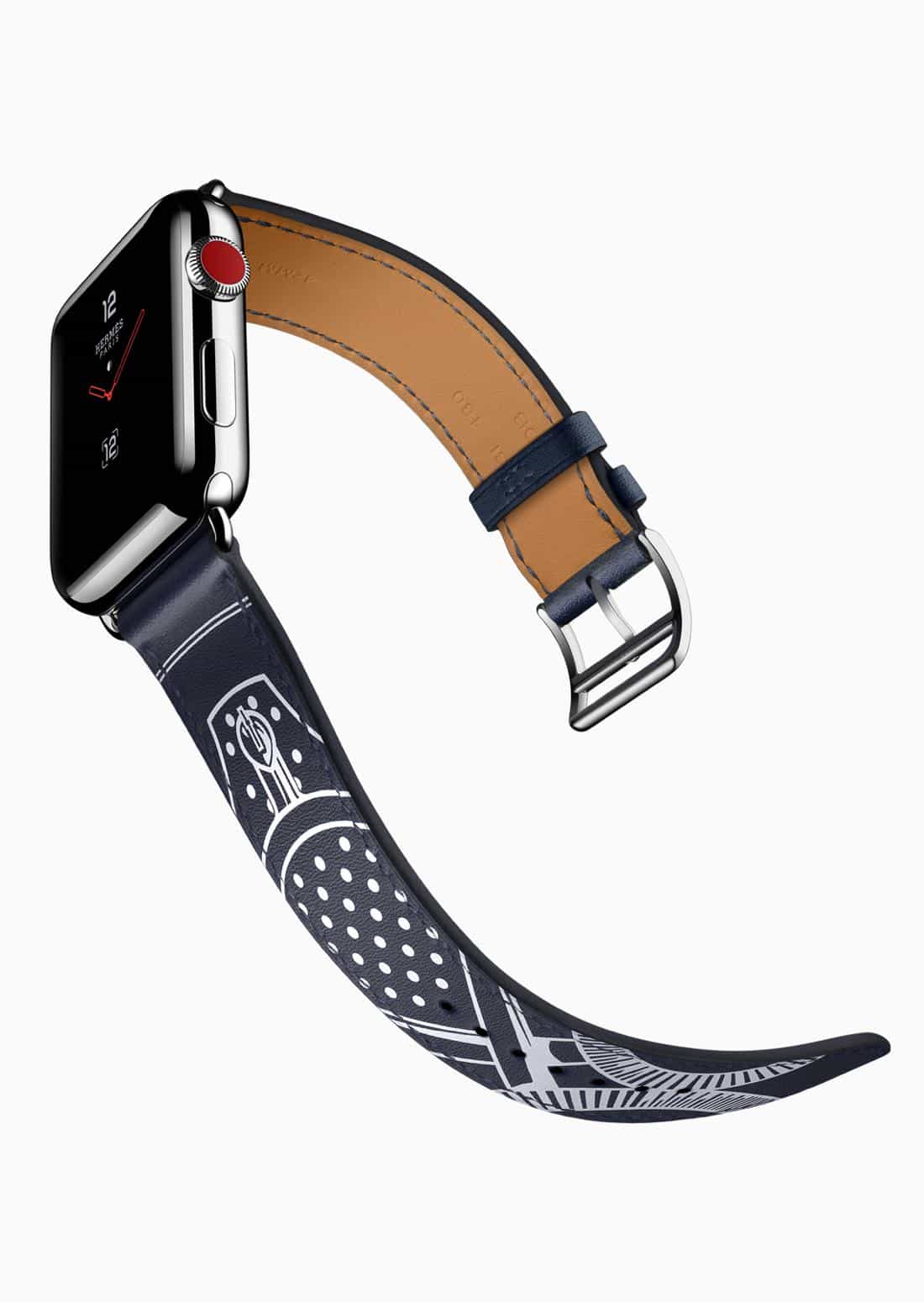 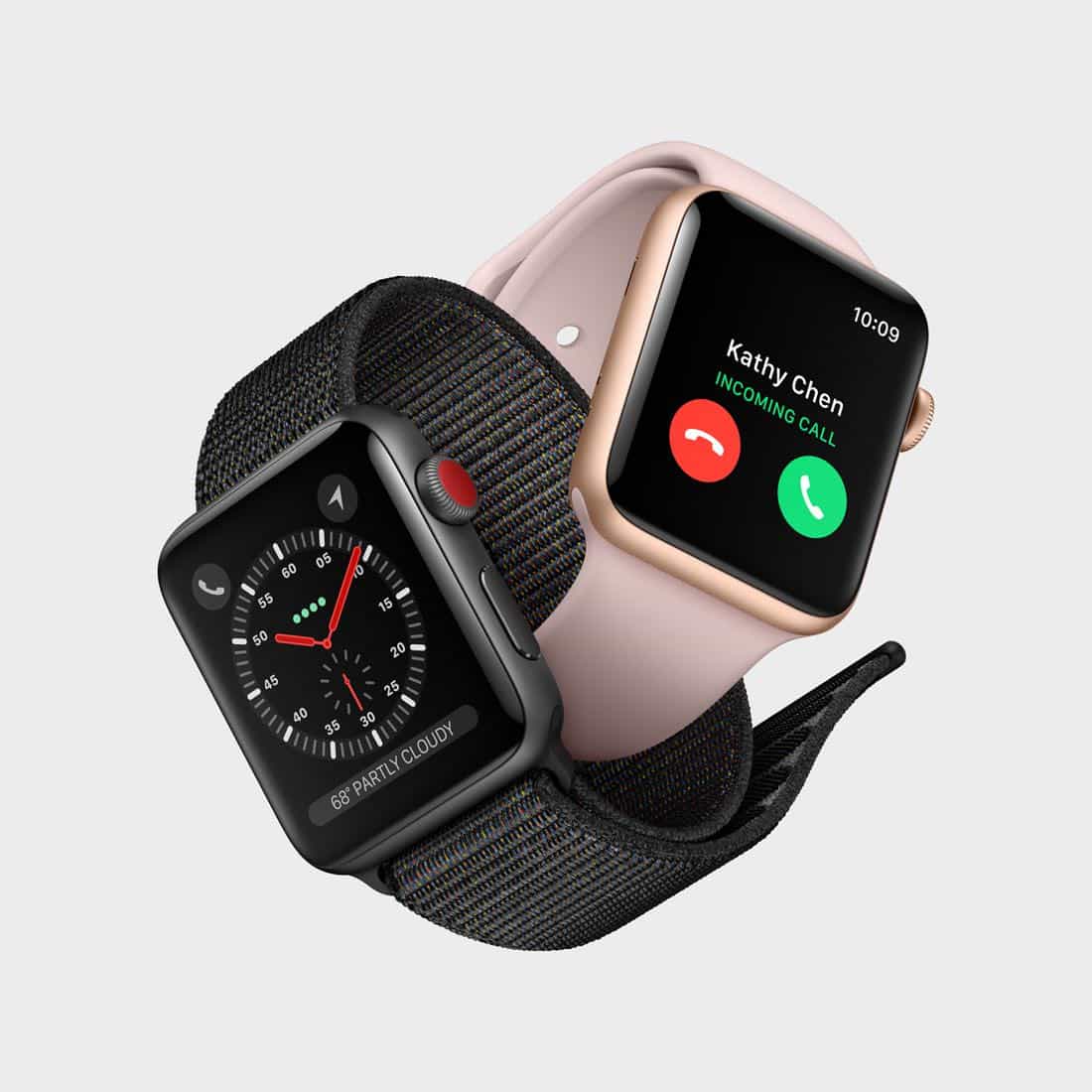 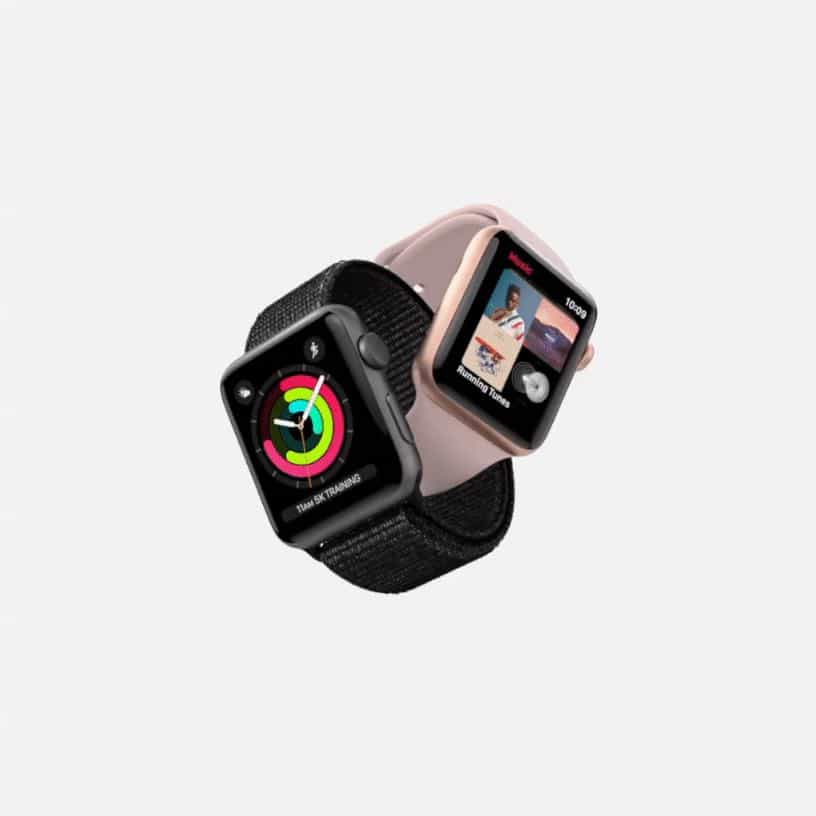 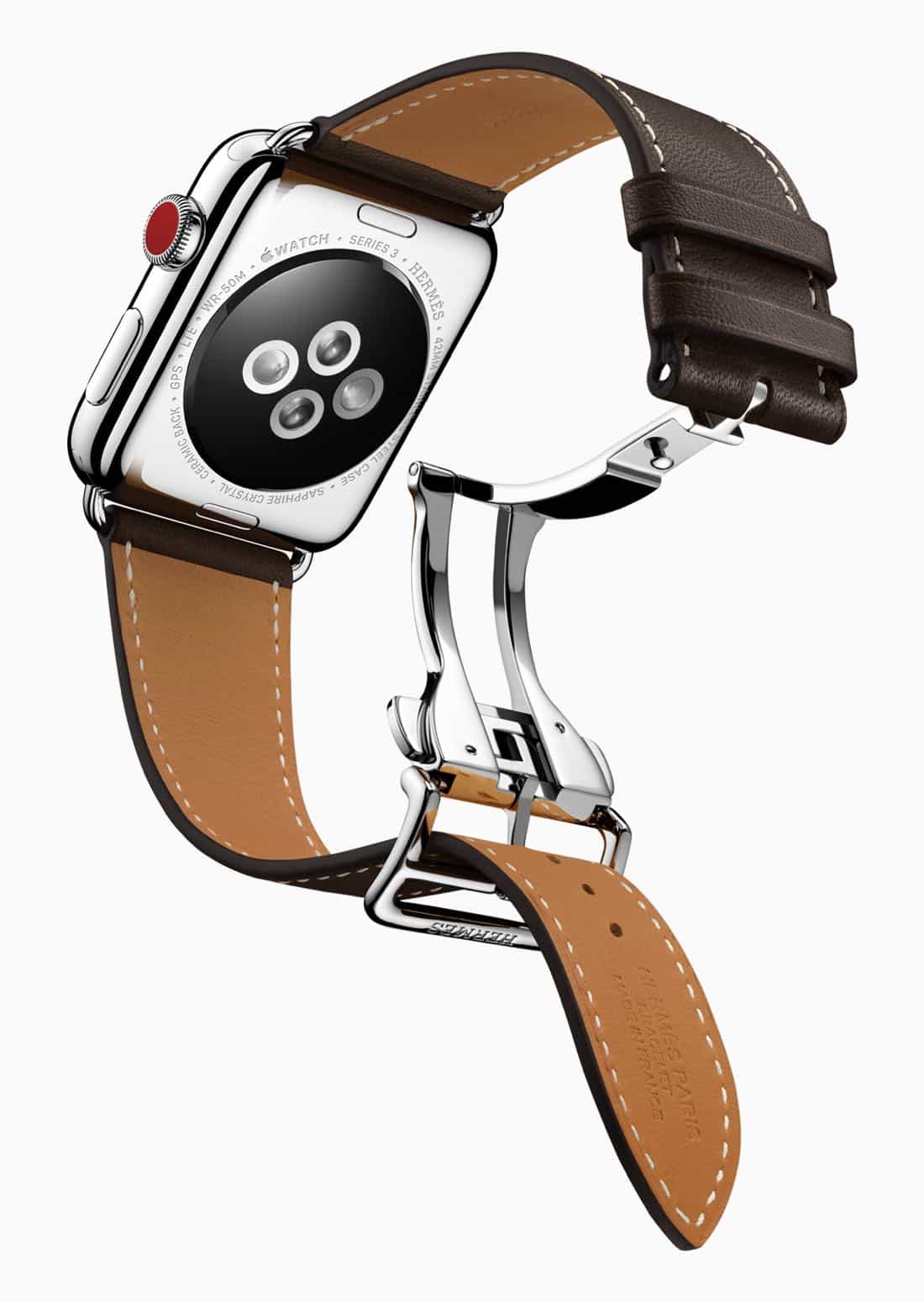 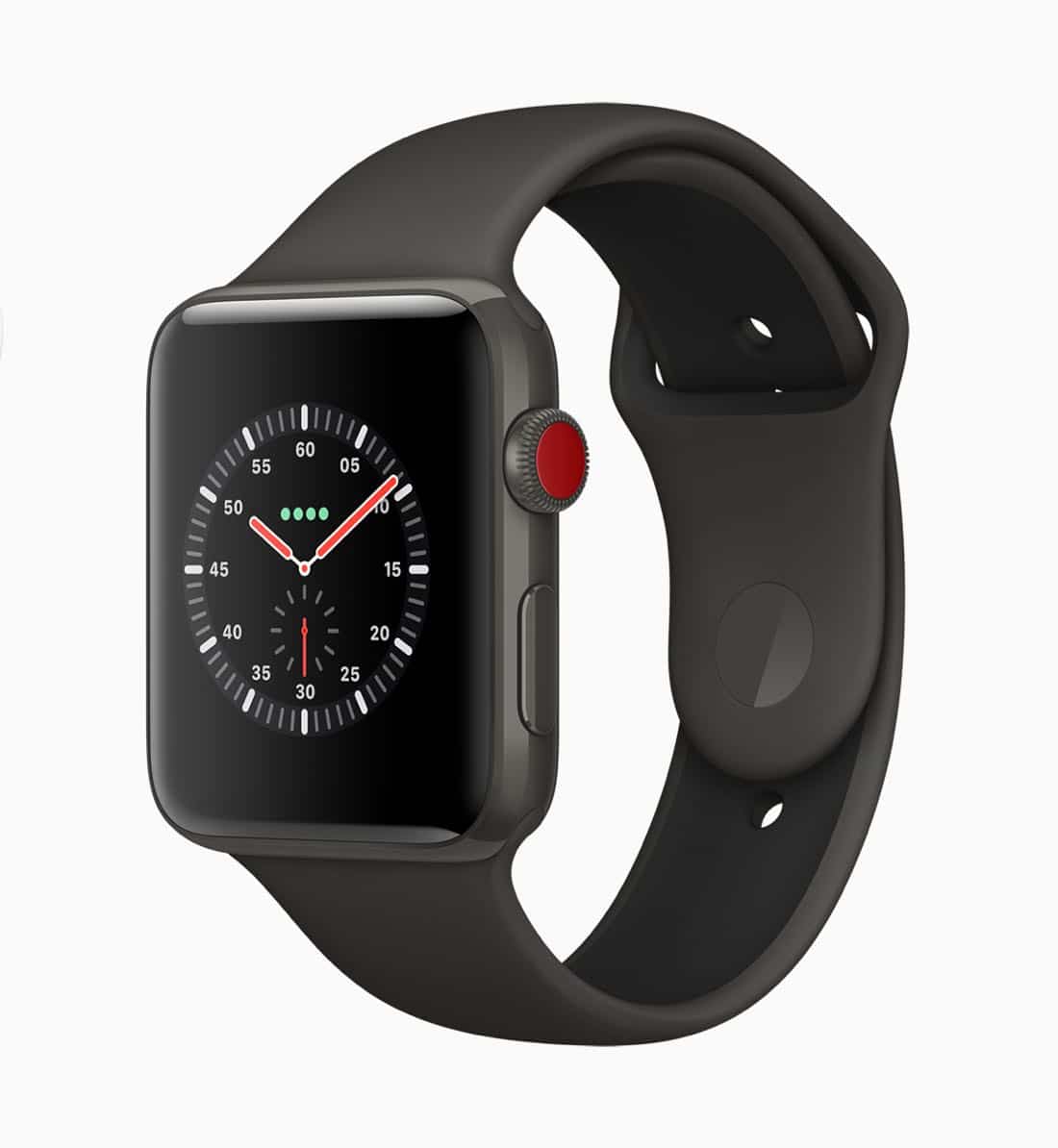 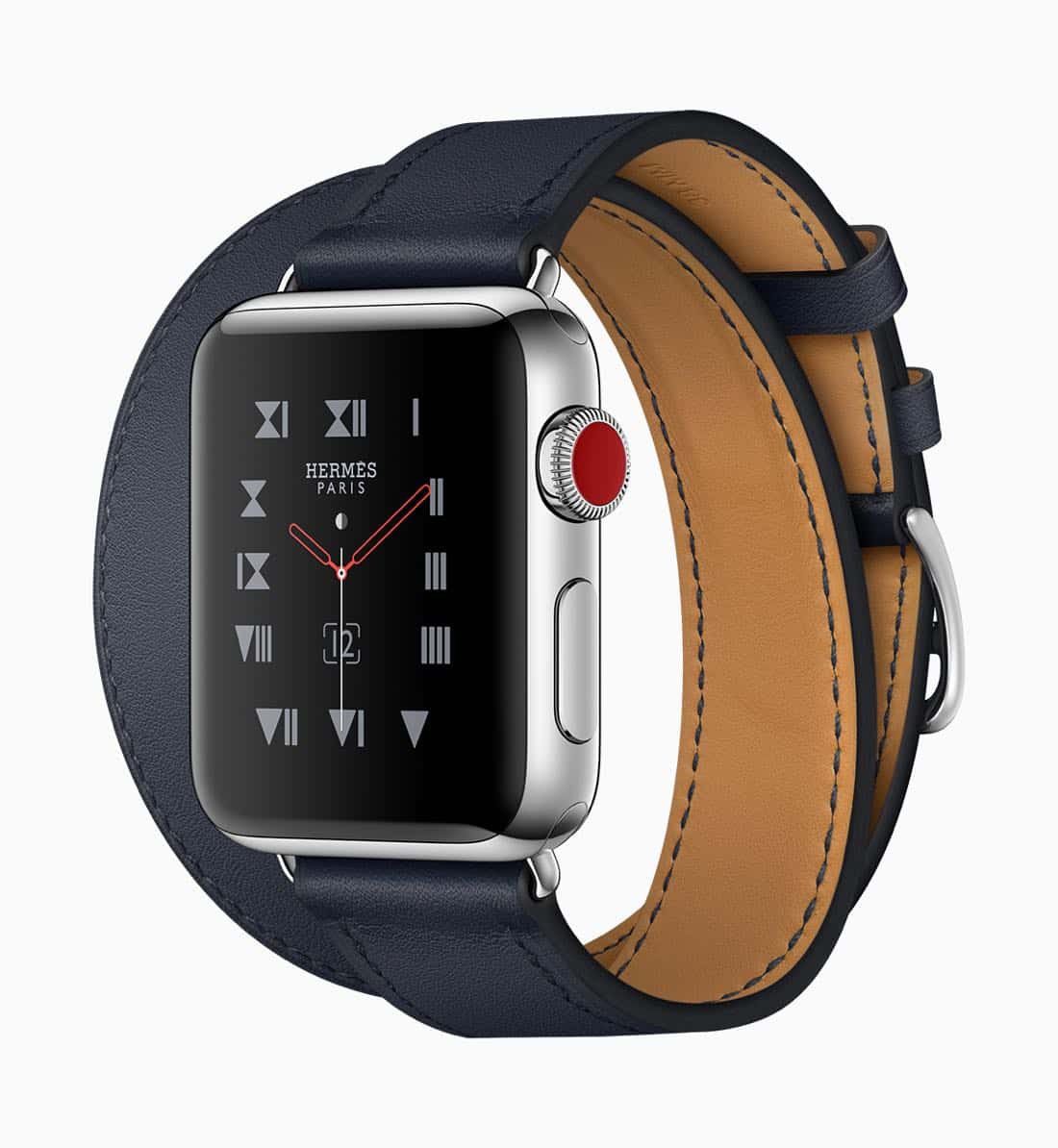 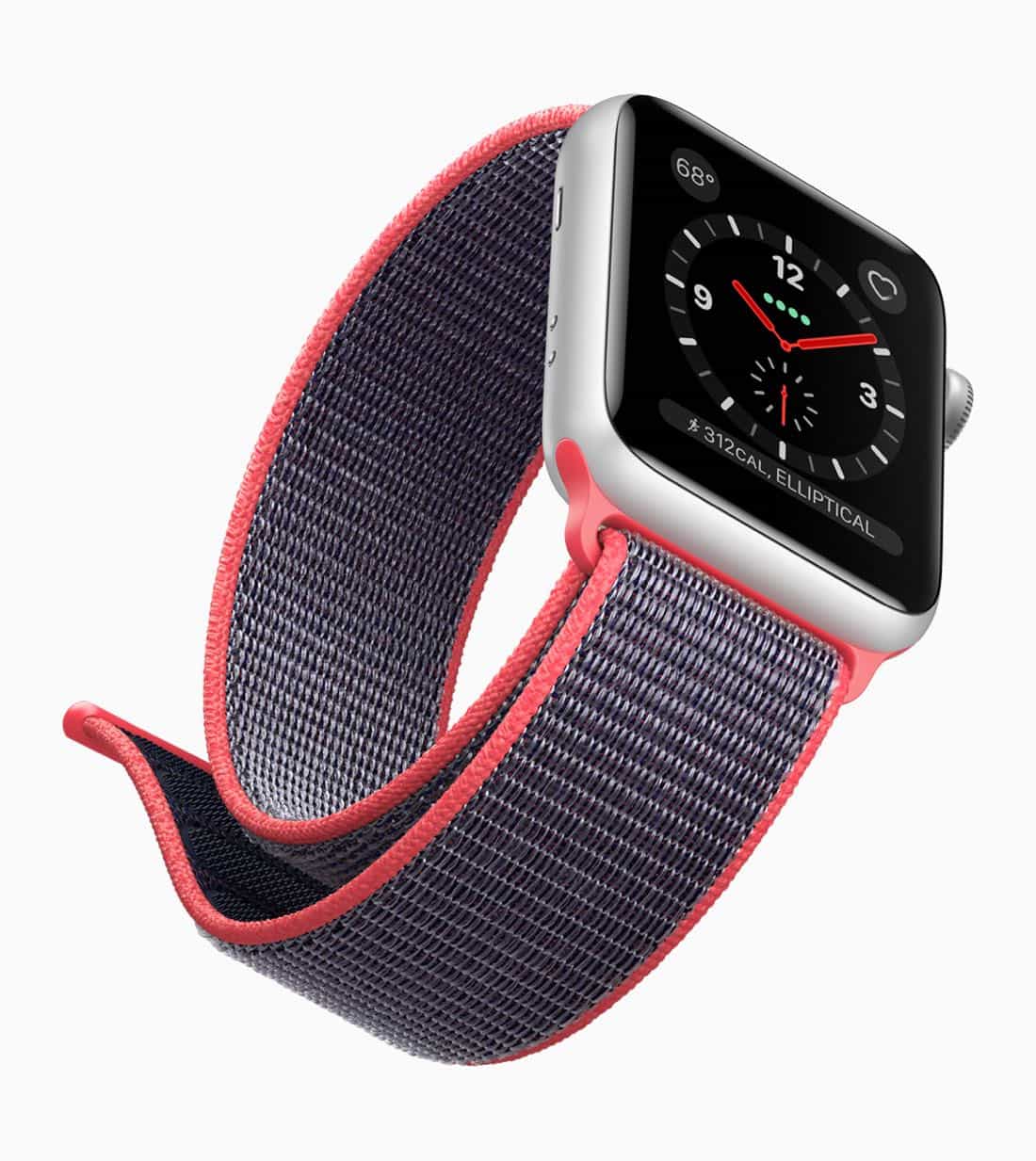 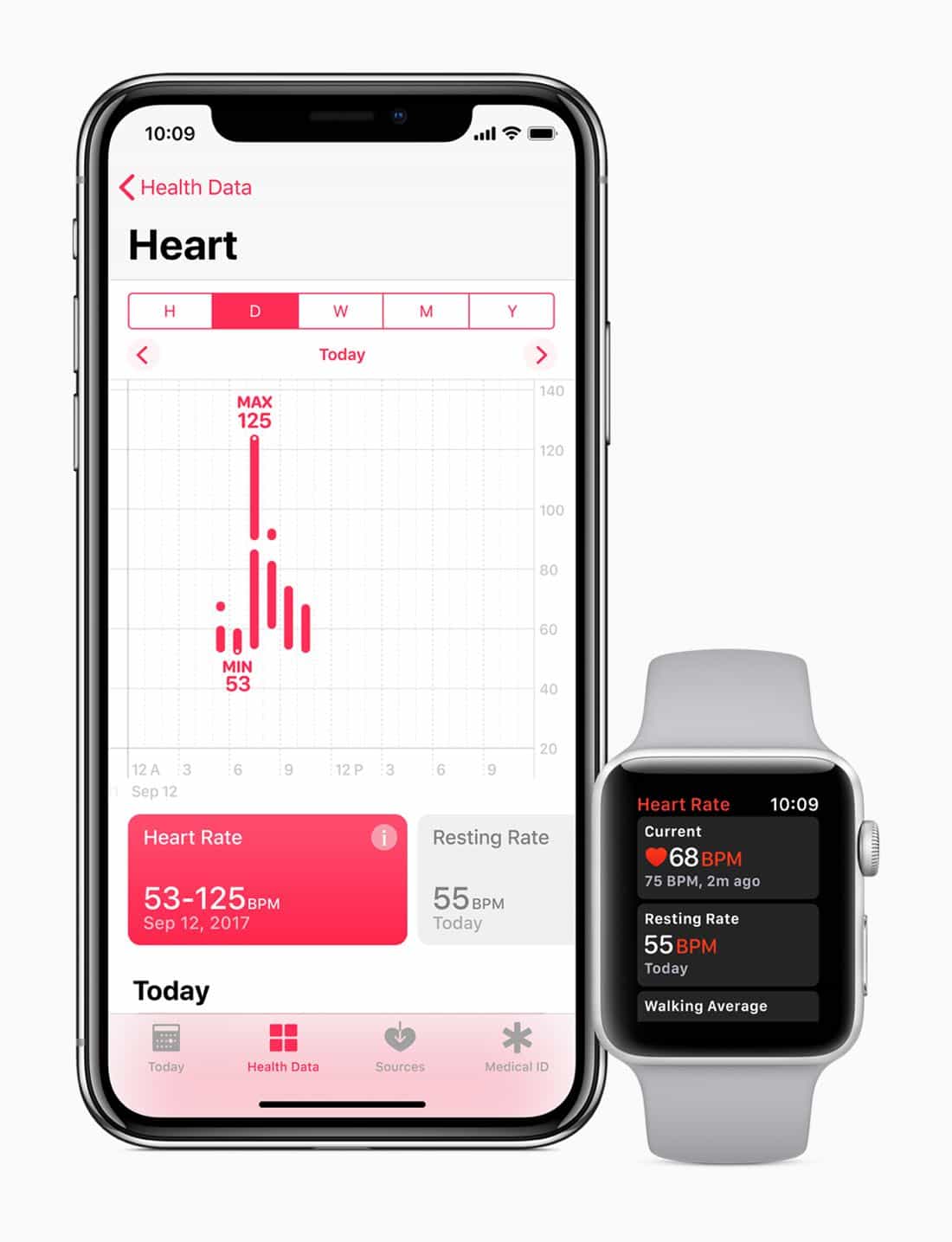 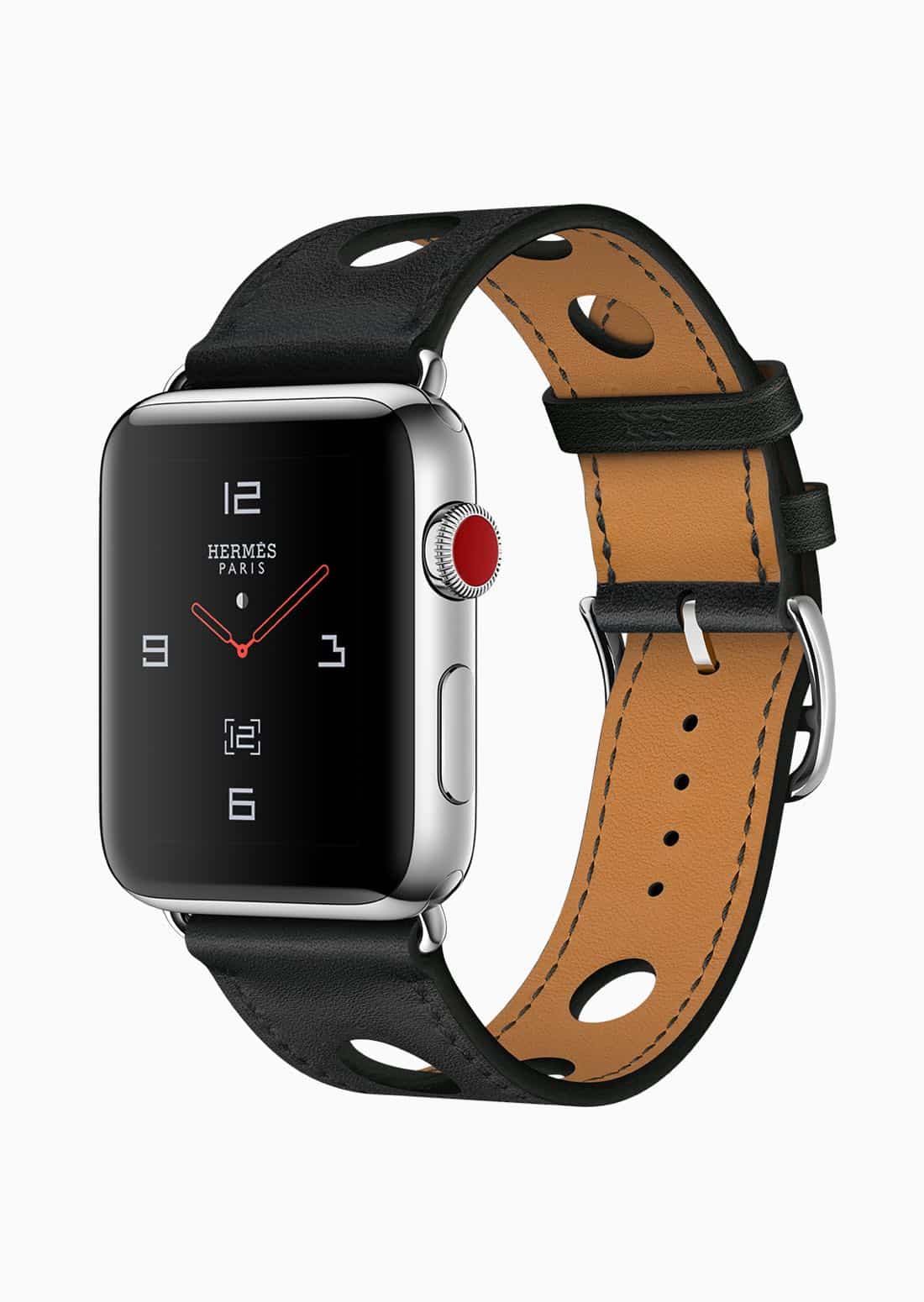 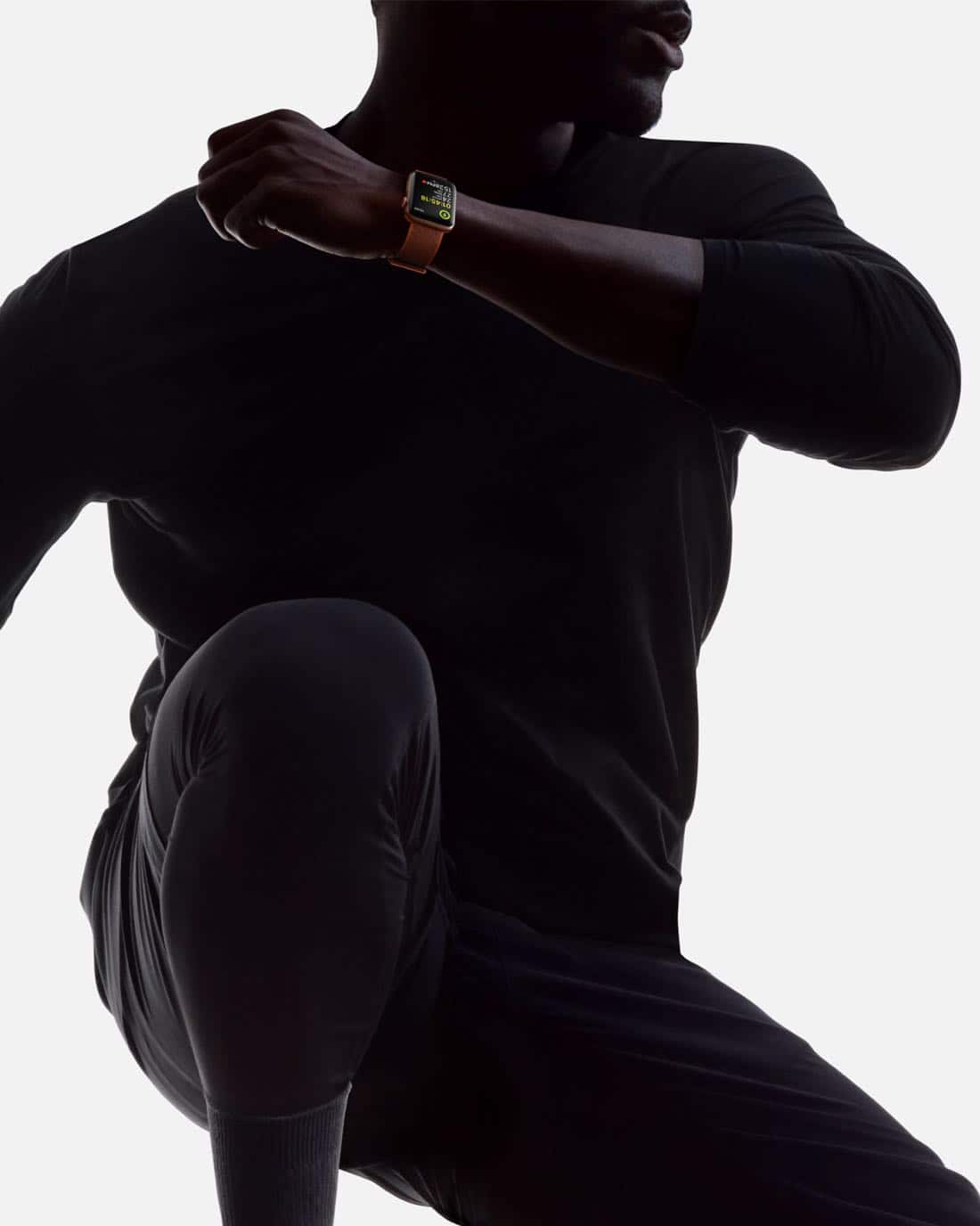 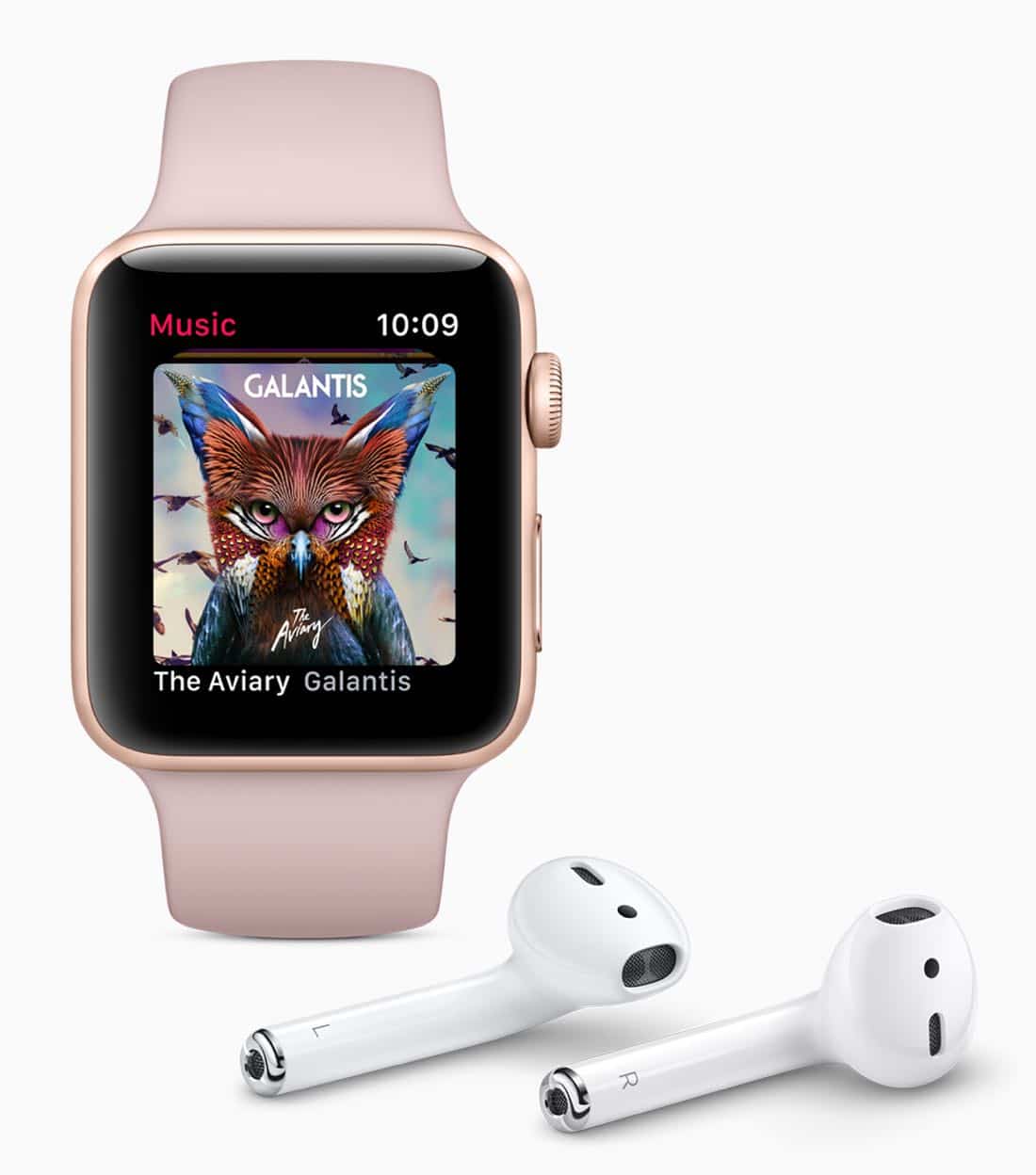 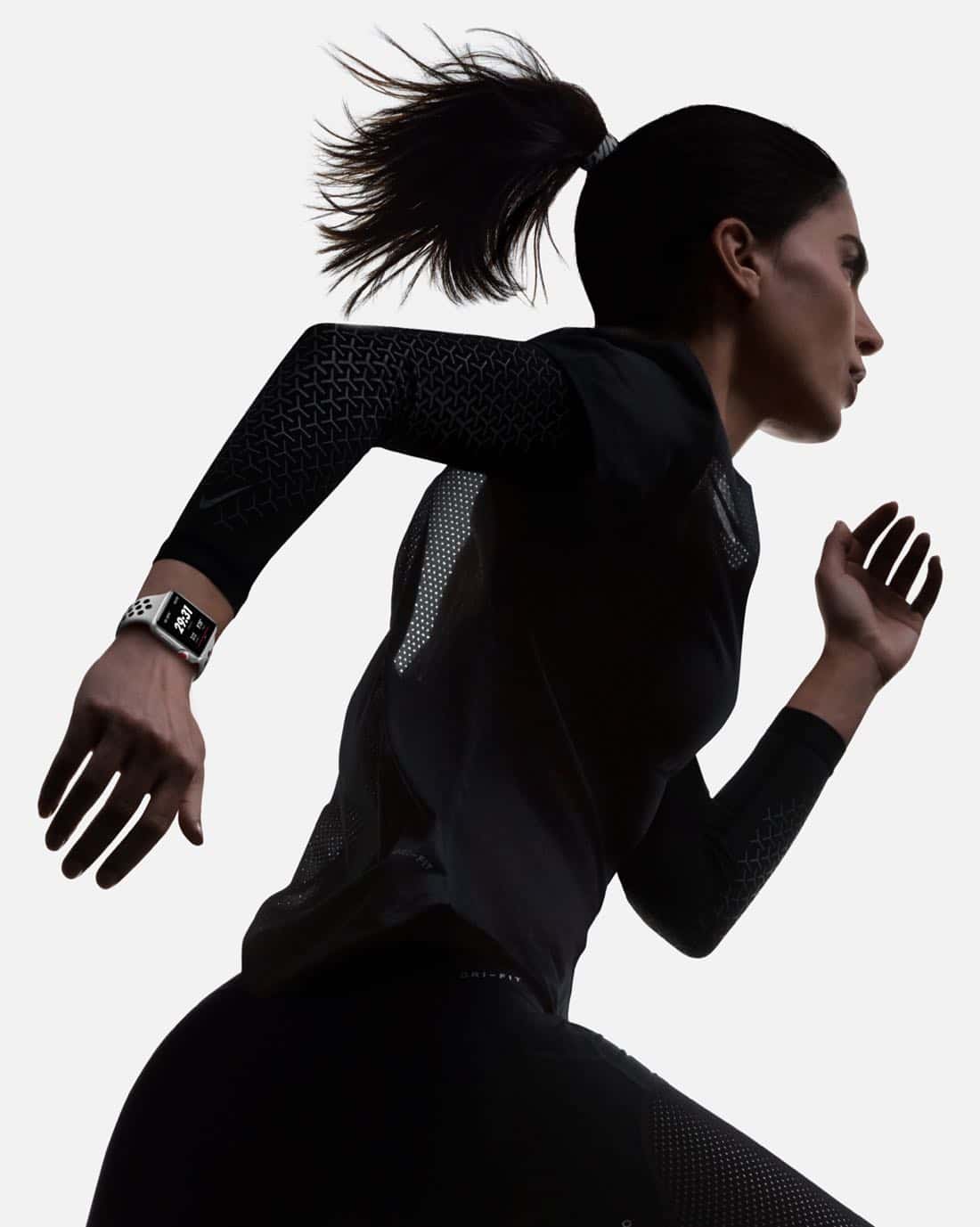 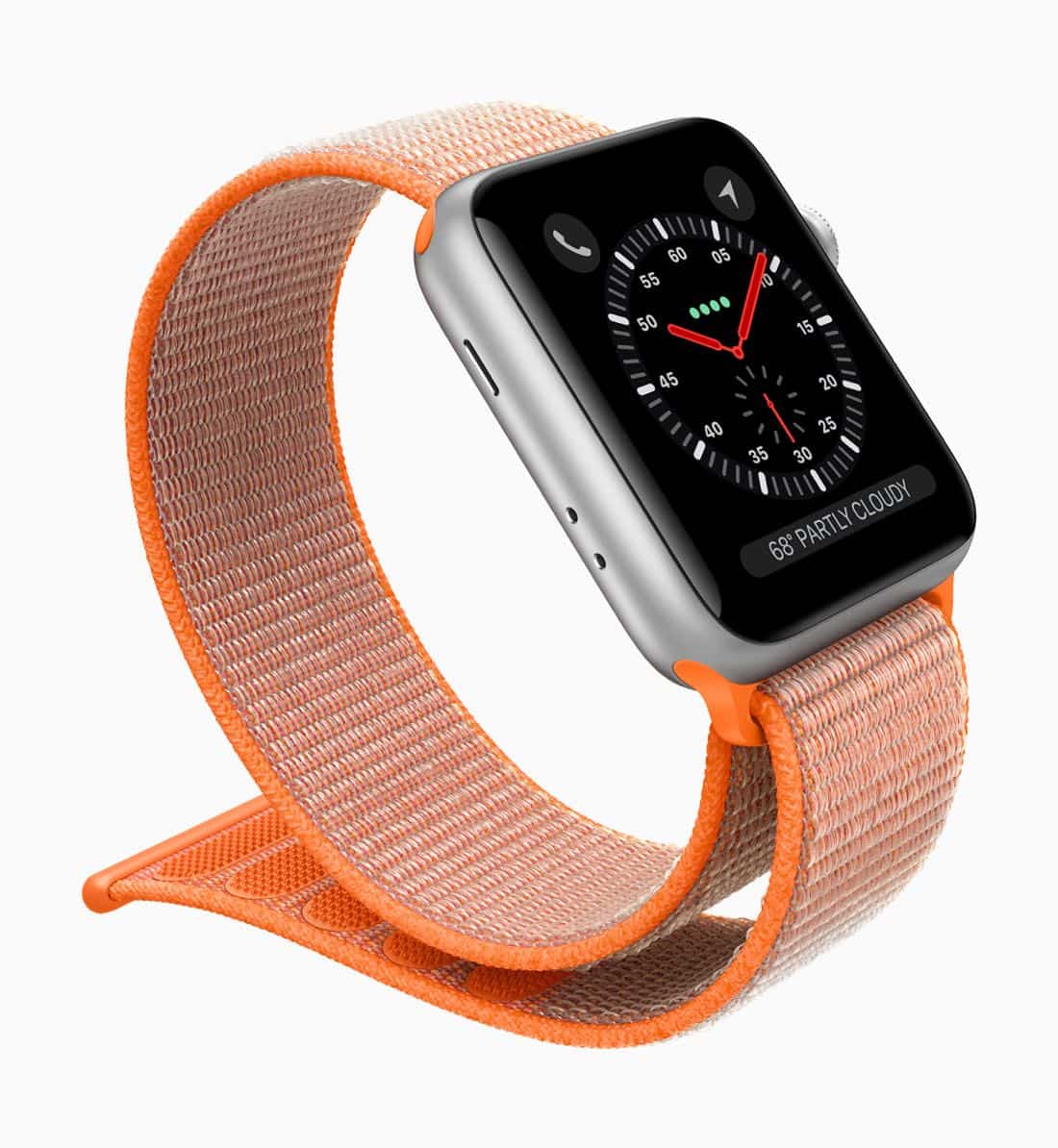 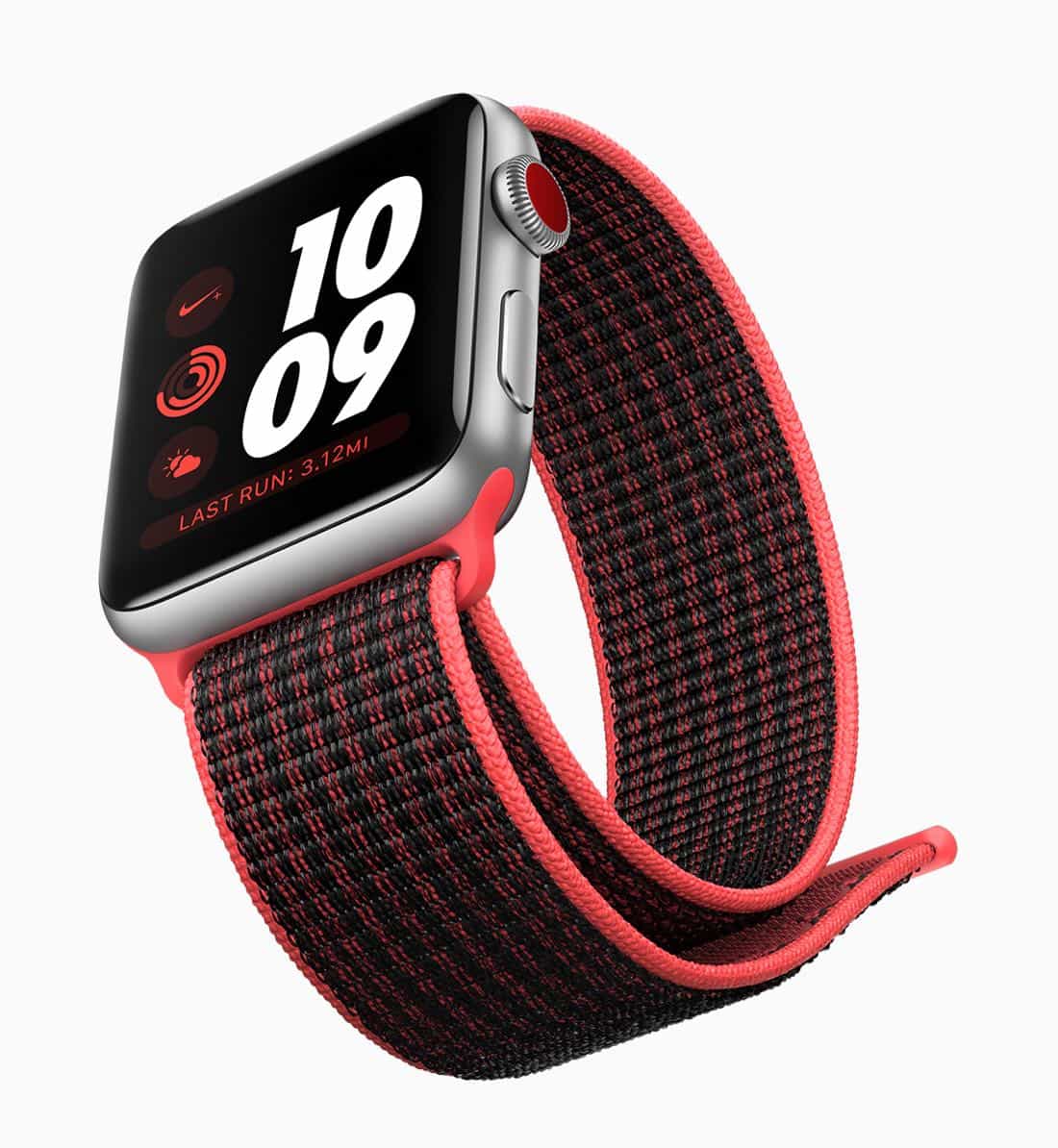 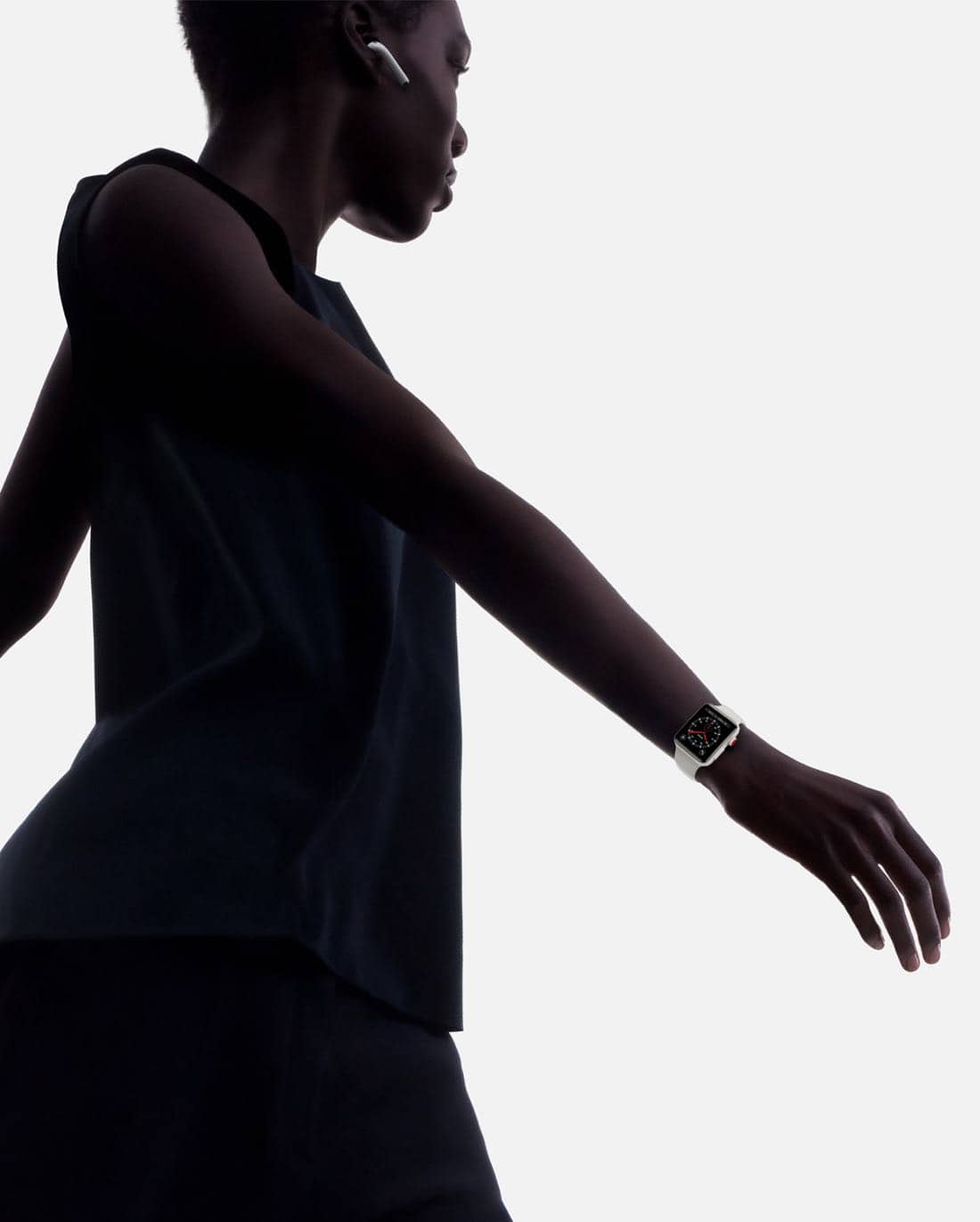