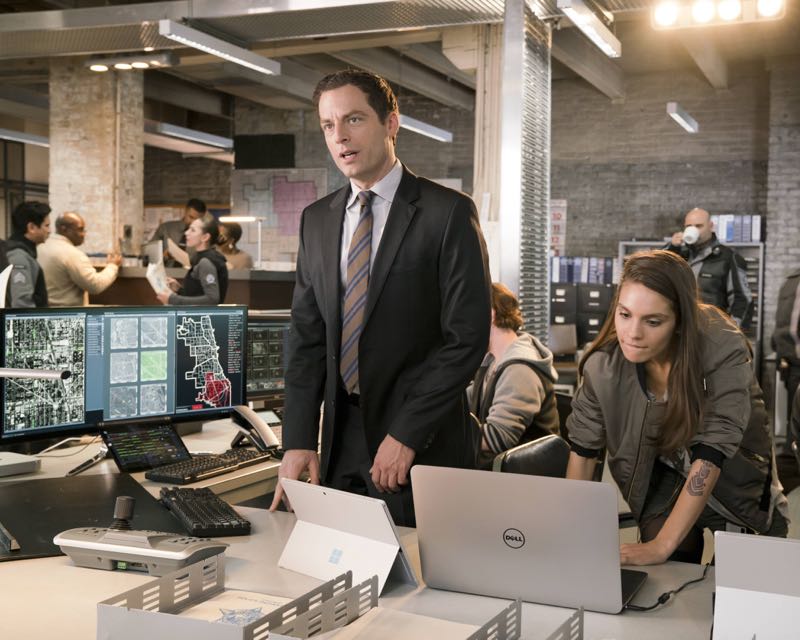 If you’ve read very many of my reviews, I’m sure you’ve noticed how hard I am on crime shows. I find most of them to be very formulaic and repetitive, telling the same story over and over again and copying the peers that have come before it. As a genre, I find it one of the weakest, based on the many lazy executions of it, and there are far more bad examples of how to do it than good ones, even among those that have become ratings hits.

I say this to give you an idea of the mindset I had going into FOX’s new drama, APB, and to illustrate how hard this series had to work to win me over. Yet, win me over it did, with a gripping pilot and an interesting premise. It could very well fall right into that awful pattern most cop dramas follow repeatedly in week two. But for a first episode, APB’s premiere was a great one.

The story begins with wild billionaire playboy Gideon Reed (the always fantastic Justin Kirk, Weeds), a man who likes splash and cares little for the consequences of doing what he wants. The flip side of him is that Gideon is an innovative engineer, and so his brilliance excuses much of his bad behavior in the business world. When a close pal and long-time advisor of his is killed, Gideon decides to pour his resources into reforming one particularly bad, underfunded police precinct in the city of Chicago. In doing so, he not only gives the metropolis hope, but also reforms an entire industry.

If that sounds like a fantastical story, well, it mostly is. You may read that APB is loosely based on a New York Times article about a rich guy that developed an app for the New Orleans cops, sort of like Gideon does in the series. However, this fictional version takes things a heck of a lot further, with equipment and procedure redesigned from the ground up.

The weakness in the story is how the police officers, initially skeptical of Gideon, quickly begin to be won over by the results of his inventions. A more realistic approach would be to have Gideon only slowly gain any traction with the people who are forced to accept his leadership against their will, as is what happens between he and the surely-crooked mayor. The audience, who are supposed to relate to Amelia Murphy (Natalie Martinez, Saints & Sinners, Kingdom), the face of the force, may feel as betrayed by these law enforcement types who quickly become converts as the characters themselves are portrayed to be at the start. The conflict is simplified far too much to be realistic.

But the reason I am willing to overlook this is because APB is so darn inspiring. In an era where the systems that are supposed to serve us are plagued by inefficiency and outdated thinking, and when the citizens of the country are more divided than ever, seeing people come together to make a community better and bring it into the modern age is awesome. It’s exactly the type of thing optimists wish to happen in real life, and when told with a complex, noble hero like Gideon at the center, alongside the brave women and men in blue, with nary a corrupt one among them, it’s a show that’s hard to resist.

What I do worry about is APB’s timeslot, which is following 24. While there are some suspenseful sequences, APB isn’t nearly as fast-paced as it lead-in. I wish the order were reversed, as it would serve fine as a warm up, but may be a let down after the adrenaline-pumping intensity of the real-time series.