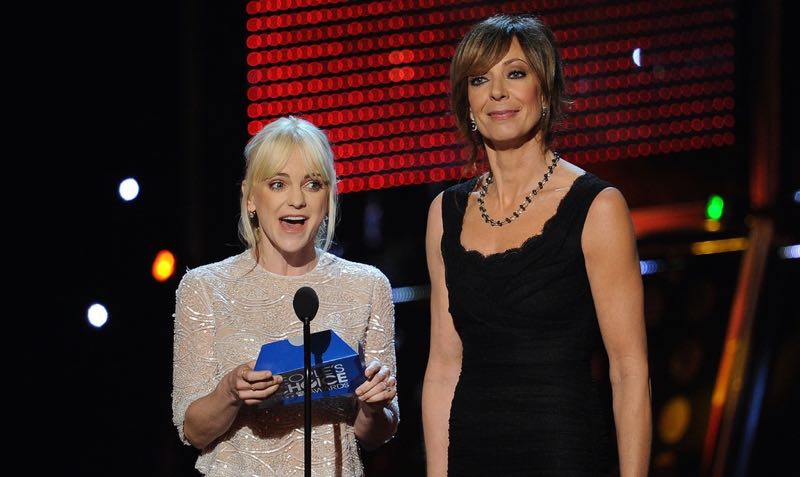 “We are thrilled to have Anna and Allison as hosts of our show,” said Burnett. “Our job is to entertain our audience, and these actresses have such chemistry and comedic timing that no matter who wins, everyone will be having fun.”

Voting begins today for all 58 categories exclusively on www.PeoplesChoice.com, Facebook, and mobile applications, and will close at 11:59 PM, ET on Thursday, Dec. 4. Winners will be revealed during the live broadcast of PEOPLE’S CHOICE AWARDS 2015.

This year fans cast more than 70 million votes to determine the nominees. Shailene Woodley leads the list of movie nominations with four acting nods. She is twice nominated in “Favorite Movie Duo,” once with her “Divergent” co-star Theo James and again with her “The Fault in Our Stars” co-star, Ansel Elgort. “Grey’s Anatomy,” “Supernatural” and “The Vampire Diaries” lead the list of TV nominees with five each, while breakout artist Sam Smith dominates music with four nominations. Meanwhile, two stars have crossed genres: Lucy Hale for “Favorite Female Country Artist” and “Favorite Cable TV Actress,” and Melissa McCarthy for “Favorite Movie Actress” and “Favorite Comedic TV Actress.” Craig Ferguson and David Letterman are both nominees for “Favorite Late Night Talk Show” during their farewell seasons.