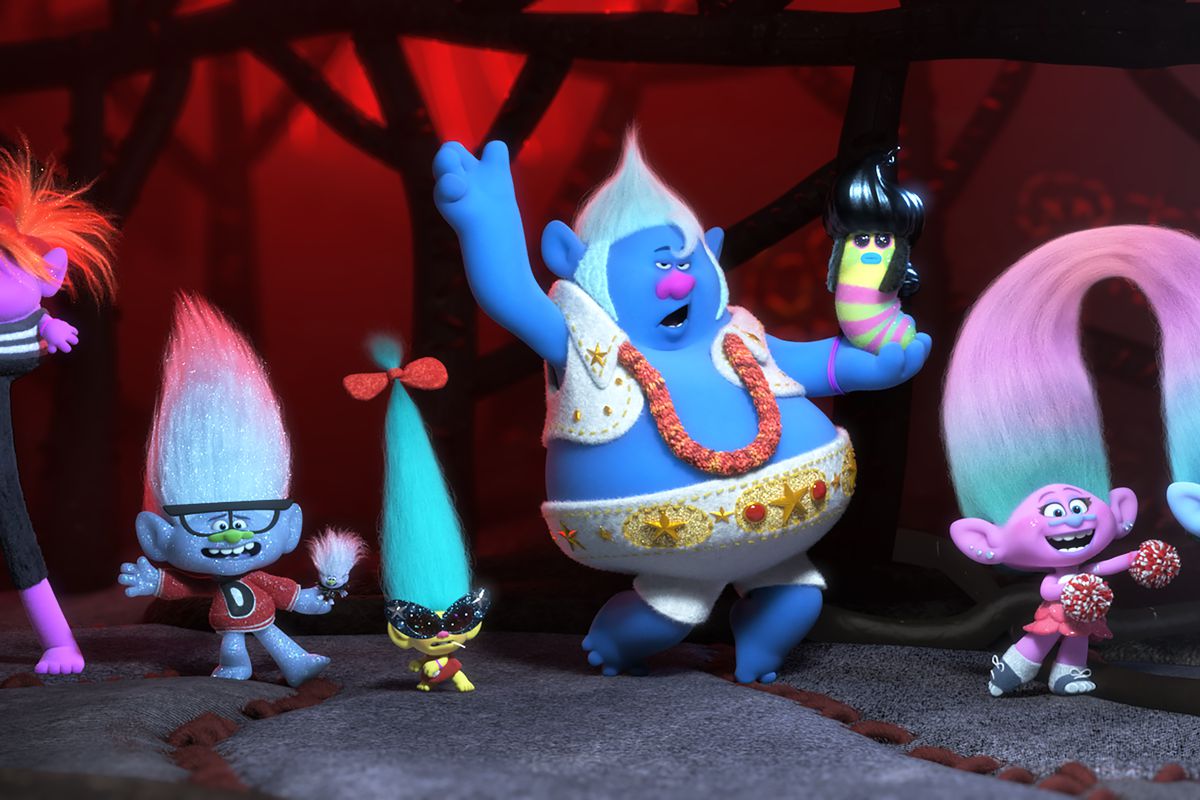 The Academy of Motion Picture Arts and Sciences today announced feature films eligible for consideration in the Animated Feature Film, Documentary Feature and International Feature Film categories for the 93rd Academy Awards®.  Eligibility lists by category can be viewed at Oscars.org/93rdFeatureEligibility.  Complete 93rd Academy Awards rules can be found at Oscars.org/rules.

Twenty-seven features are eligible for consideration in the Animated Feature Film category for the 93rd Academy Awards.  Some of the films have not yet had their required qualifying release and must fulfill that requirement and comply with all the category’s other qualifying rules to advance in the voting process.

“Accidental Luxuriance of the Translucent Watery Rebus” “Bombay Rose”
“Calamity”
“The Croods: A New Age”
“Demon Slayer -Kimetsu No Yaiba- The Movie: Mugen Train” “Dreambuilders”
“Earwig and the Witch”
“Kill It and Leave This Town”
“Lupin III: The First” “Mosley”
“My Favorite War”
“Nos Ili Zagovor Ne Takikh” “No.7 Cherry Lane” “On-Gaku: Our Sound” “Onward”
“Over the Moon”
“Red Shoes and the Seven Dwarfs”
“Ride Your Wave”
“Scoob!”
“A Shaun the Sheep Movie: Farmageddon” “Soul”
“The SpongeBob Movie: Sponge on the Run” “Terra Willy”
“Trolls World Tour”
“A Whisker Away”
“The Willoughbys”
“Wolfwalkers”

Two hundred thirty-eight features are eligible for consideration in the Documentary Feature category for the 93rd Academy Awards.  Some of the films have not yet had their required qualifying release and must fulfill that requirement and comply with all the category’s other qualifying rules to advance in the voting process.

Documentary features that have won a qualifying award or have been programmed at qualifying film festivals or have been submitted in the International Feature Film category as their country’s official selection are also eligible in the category.  Films submitted in the Documentary Feature category may also qualify for Academy Awards in other categories, including Best Picture. Members of the Documentary Branch vote to determine the shortlist and the nominees.  A shortlist of 15 films will be announced on Tuesday, February 9, 2021.

“Acasa, My Home” “Addicted to Ralphie” “Aggie”
“All I Can Say”
“All In: The Fight for Democracy”
“The American Sector”
“American Selfie: One Nation Shoots Itself” “America’s Forgotten”
“The Antidote”
“Apocalypse ’45”
“The Art of Living in Danger”
“The Art of Political Murder”
“Assassins”
“Aswang”
“Athlete A”
“Babenco – Tell Me When I Die”
“Be Water”
“Beastie Boys Story”
“Beautiful Something Left Behind”
“Becoming”
“Bedlam”
“Belly of the Beast”
“Belushi”
“Beyond the Visible: Hilma af Klint”
“The Big Scary “S” Word”
“Billie”
“Black Boys”
“Bloody Nose, Empty Pockets”
“The Booksellers”
“Born to Be”
“Boys State”
“Bulletproof”
“Bully. Coward. Victim. The Story of Roy Cohn” “Capital in the Twenty-First Century”
“Chicago: America’s Hidden War”
“Childhood 2.0”
“Chuck Berry”
“Circus of Books”
“City Dream”
“City Hall”
“Coded Bias”
“Collective”
“Colombia in My Arms” “Coming Clean” “Coronation”
“Coup 53”
“Created Equal: Clarence Thomas in His Own Words” “Creem: America’s Only Rock ’n’ Roll Magazine”
“Crip Camp”
“Crock of Gold – A Few Rounds with Shane MacGowan” “The Curve”
“Dads”
“Dave Grusin: Not Enough Time”
“David Attenborough: A Life on Our Planet” “Days of Cannibalism”
“Dear Santa”
“Death Protocol”
“Descent”
“Desert One”
“Diana Kennedy: Nothing Fancy”
“Dick Johnson Is Dead”
“Disclosure”
“The Dissident”
“The Dog Doc”
“The Donut King”
“Dope Is Death”
“Down a Dark Stairwell”
“Downstream to Kinshasa”
“The Earth Is Blue as an Orange” “Elementa”
“Ending Disease”
“Epicentro”
“Erased,___Ascent of the Invisible” “Escape from Extinction”
“Everybody Flies”
“F11 and Be There”
“Fandango at the Wall”
“Father Soldier Son”
“Feels Good Man”
“The Fight”
“Find Your Groove”
“Finding Yingying”
“Fireball: Visitors from Darker Worlds” “First Vote”
“First We Eat”
“Flannery”
“For They Know Not What They Do”
“The Forbidden Reel”
“40 Years a Prisoner”
“Freak Power: The Ballot or the Bomb” “Freedia Got a Gun”
“The Ghost of Peter Sellers”
“Giving Voice”
“A Glitch in the Matrix”
“The Go-Go’s”
“Gordon Lightfoot: If You Could Read My Mind” “Gunda”
“Harry Chapin: When in Doubt, Do Something” “He Dreams of Giants”
“House of Cardin” “The Human Factor” “Human Nature”
“I Am Greta”
“I Am Not Alone”
“I Owe You a Letter about Brazil”
“iHuman”
“In My Skin”
“Indian Space Dreams”
“The Infiltrators”
“Influence”
“(In)Visible Portraits”
“Irmi”
“Irradiés (Irradiated)”
“Jimmy Carter: Rock & Roll President”
“John Lewis: Good Trouble”
“Journey to Royal: A World War II Rescue Mission” “Kate Nash: Underestimate the Girl”
“A Kid from Coney Island”
“Kingdom of Silence”
“Kings of Capitol Hill”
“Kiss the Ground”
“La Madrina: The Savage Life of Lorine Padilla” “Lance”
“Landfall”
“The Last Blockbuster”
“Last Call for Tomorrow”
“Lennox: The Untold Story”
“Lessons of Love”
“The Letter”
“Libelu – Down with the Dictatorship”
“Life Is Deadly”
“Lift Like a Girl”
“Lost Course”
“Lost in Face”
“Love Child”
“MLK/FBI”
“Made You Look: A True Story about Fake Art”
“Man in the Arena”
“Martin Margiela: In His Own Words”
“Mayor”
“Mighty Ira”
“Miss Americana”
“Mr. Soul!”
“The Mole Agent”
“The Monster inside Me”
“A Most Beautiful Thing”
“Mother to Earth: The Untold Story of Earth Bound” “Mucho Mucho Amor: The Legend of Walter Mercado”

“My Darling Supermarket”
“My Darling Vivian”
“My Octopus Teacher”
“My People: The Jews of Greece” “My Psychedelic Love Story”
“My Rembrandt” “Napoli Eden” “Narciso Em Férias” “Nasrin”
“The New Corporation: The Unfortunately Necessary Sequel” “9/11 Kids”
“915”
“9to5: The Story of a Movement”
“Notturno”
“Oliver Sacks: His Own Life”
“Olympia”
“On the Record”
“Once upon a Time in Venezuela”
“Once Were Brothers: Robbie Robertson and the Band” “Ottolenghi and the Cakes of Versailles”
“Our Time Machine”
“Pahokee”
“The Painter and the Thief”
“A Pandemic: Away from the Motherland”
“The Phenomenon”
“Planet of the Humans”
“The Plot against the President”
“The Pollinators”
“The Power of Movement”
“Pray: The Story of Patrick Peyton”
“Public Trust”
“Queen of Hearts: Audrey Flack”
“The Reason I Jump”
“Rebuilding Paradise”
“Red Penguins”
“Reunited”
“Rewind”
“The Right Girls”
“Ringside”
“Rising Phoenix”
“River City Drumbeat”
“River Tales”
“Runner”
“Searching for Mr. Rugoff”
“Self Portrait”
“17 Blocks The Final Cut”
“76 Days”
“Sky Blossom”
“Slay the Dragon”
“The Social Dilemma”
“Softie”
“Some Kind of Heaven”
“Songs of Repression”
“Soros”
“Spaceship Earth”
“Stars and Strife”
“The State of Texas vs. Melissa”
“Stray”
“Strip Down, Rise Up”
“System K”
“They Call Me Babu”
“This Is Not a Movie”
“This Is Paris”
“A Thousand Cuts”
“Through the Night”
“Time”
“The Times of Bill Cunningham”
“Totally under Control”
“Transhood”
“The Truffle Hunters”
“Trust Me”
“Uncle Tom”
“#Unfit: The Psychology of Donald Trump”
“Us Kids”
“WBCN and the American Revolution”
“The Walrus and the Whistleblower”
“The Way I See It”
“We Are the Radical Monarchs”
“We Don’t Deserve Dogs”
“Welcome to Chechnya”
“White Noise”
“Who Is Gatsby Randolph”
“Wild Daze”
“Wim Wenders: Desperado”
“With Drawn Arms”
“A Woman’s Work: The NFL’s Cheerleader Problem” “Women in Blue”
“You Cannot Kill David Arquette”
“Yusuf Hawkins: Storm over Brooklyn”
“Zappa”

Ninety-three countries have submitted films that are eligible for consideration in the International Feature Film category for the 93rd Academy Awards.  An international feature film is defined as a feature-length motion picture (more than 40 minutes) produced outside the United States with a predominantly (more than 50%) non-English dialogue track.  Lesotho, Sudan and Suriname are first-time entrants.

Earlier this year, the Academy’s Board of Governors voted to expand the shortlist from 10 to 15 films.  Academy members from all branches are invited to participate in the preliminary round of voting and must meet a minimum viewing requirement to be eligible to vote in the category.  The shortlist of 15 films will be announced on Tuesday, February 9, 2021.

All dates and rules for the 93rd Academy Awards are subject to change based on national guidelines, state-mandated government orders and Academy-determined best practices.

Nominations for the 93rd Academy Awards will be announced on Monday, March 15, 2021.

The 93rd Oscars® will be held on Sunday, April 25, 2021, and will be televised live on ABC and in more than 225 countries and territories worldwide.

ABOUT THE ACADEMY
The Academy of Motion Picture Arts and Sciences is a global community of more than 10,000 of the most accomplished artists, filmmakers and executives working in film. In addition to celebrating and recognizing excellence in filmmaking through the Oscars, the Academy supports a wide range of initiatives to promote the art and science of the movies, including public programming, educational outreach and the upcoming Academy Museum of Motion Pictures.