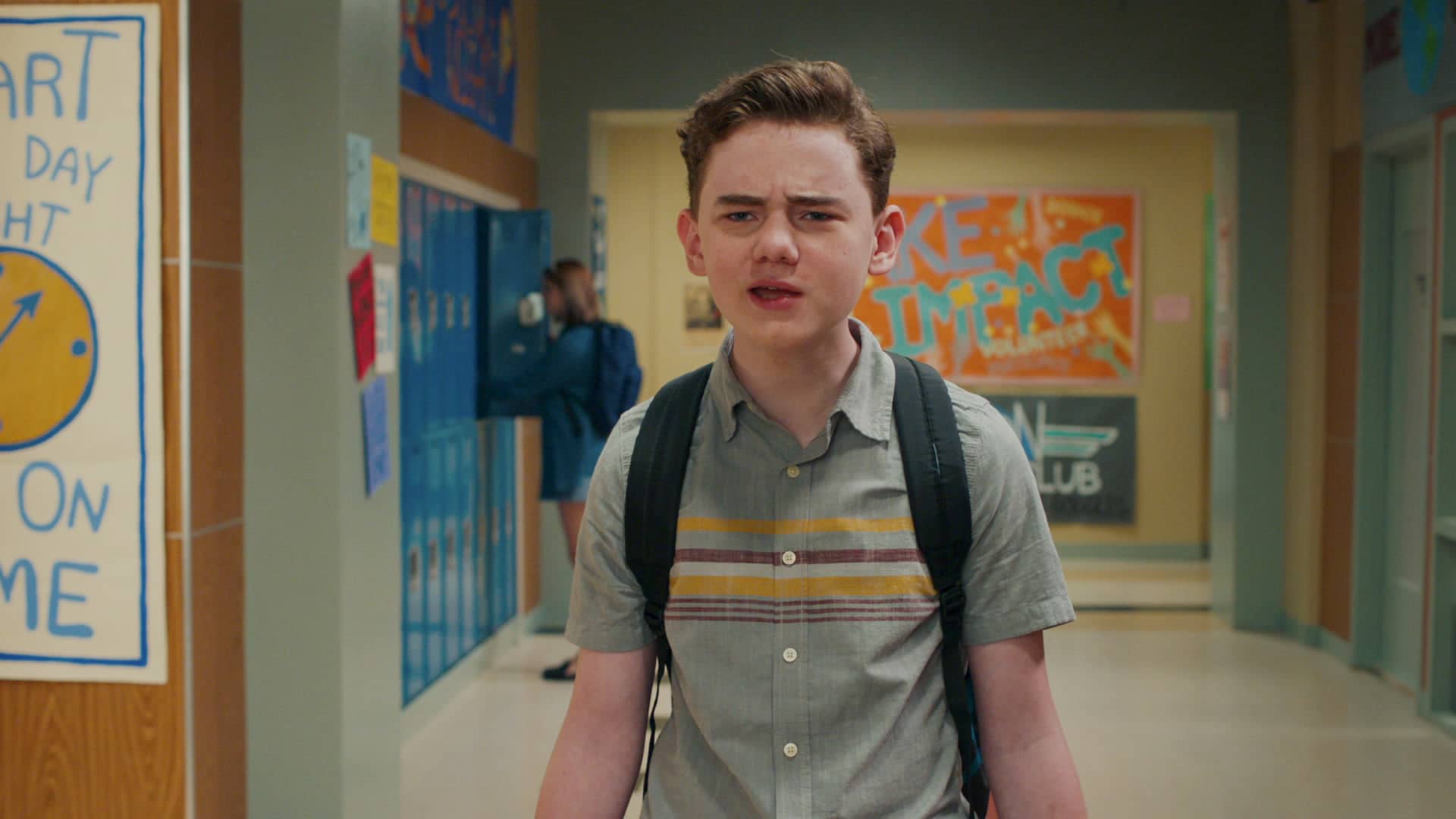 AMERICAN HOUSEWIFE Season 5 Episode 2 Photos Psych – “Psych” – Without her lasagna business to keep her preoccupied, Katie feels like her life is once again off course. As she searches to find her life purpose, she redirects her energy toward Greg and the kids becoming overbearing and controlling. Meanwhile, after sabotaging Greg’s efforts to preserve a historical landmark and putting the future of the Westport Historical Guild in jeopardy, Katie recommends Greg run for city council. And elsewhere, Franklin (Evan O’Toole) challenges an older boy to a duel in an effort to win back Anna-Kat’s affections on an all new episode of “American Housewife,” WEDNESDAY, NOV. 04 (8:30-9:00 p.m. EST), on ABC. Episodes can also be viewed the next day on demand and on Hulu.