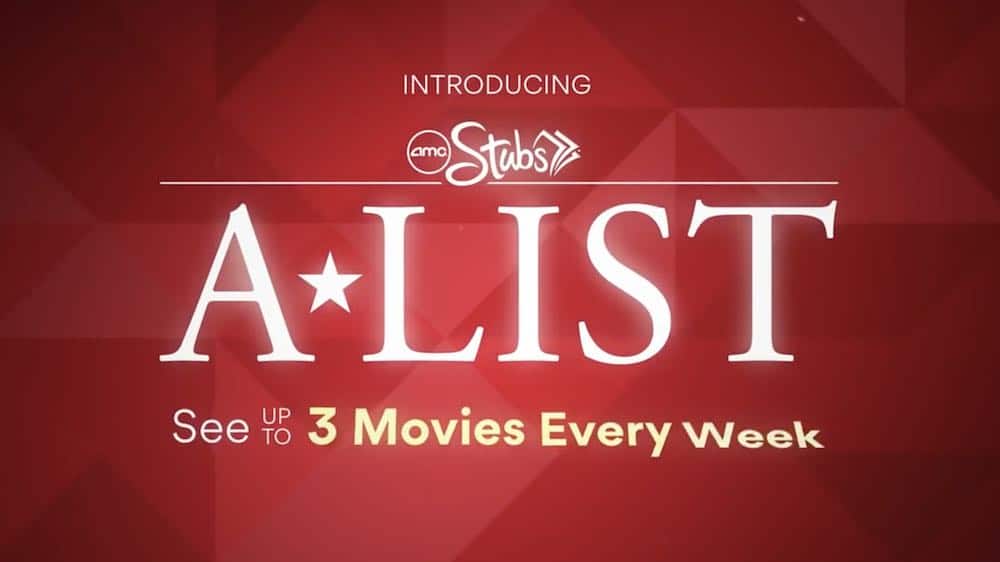 A-List is a new premium VIP tier of the AMC Stubs loyalty program. Also as of today, July 31, the success of A-List has in turn helped push the current membership of AMC Stubs up to 15.8 million U.S. households.

“We are nothing less than ecstatic about the early consumer response to AMC Stubs A-List, which encourages moviegoers to come to the theatre more often, bringing their family and friends with them. With more than 175,000 members enrolled in just five weeks, the growth of AMC Stubs A-List has far exceeded our projections. We also find it reassuring that we consciously designed AMC Stubs A-List to be a profitable program with a price point that is loaded with consumer value while also being sustainable for us and for our guests.”

Aron added, “Because AMC Stubs A-List benefits our guests, our valued industry and studio partners, and our shareholders, we expect A-List will endure over the long-haul. Accordingly, we are excited to continue welcoming current and new AMC guests to enjoy AMC Stubs A-List, which offers the very best of AMC. A-Listers get a choice of every movie including the newest blockbusters, in every format including IMAX, Dolby Cinema and RealD 3D, at every U.S. AMC location, bookable online and in advance, with no annoying or unreasonable surge/peak pricing, up to three times per week, all for just $19.95 per month (plus tax).”

For information about AMC Stubs A-List and to sign up, guests can inquire at their local AMC Theatre, or at AMC’s web site www.amcstubs.com/alist, or on AMC’s iOS and Android smartphone apps after downloading or updating them with the latest app release.