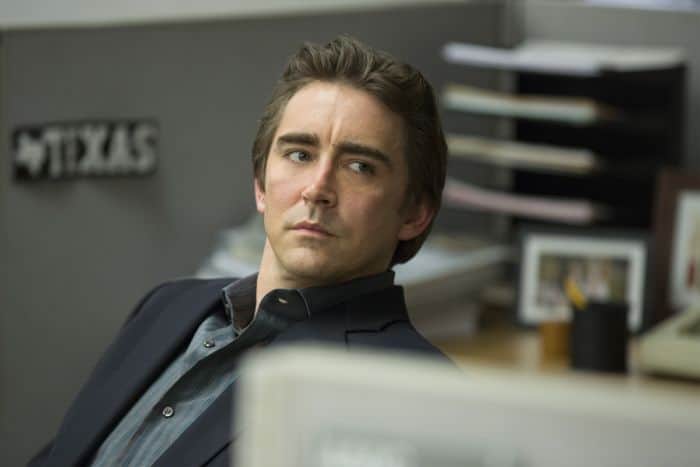 AMC today announced that it has ordered a third season of “Halt and Catch Fire,” a show that garnered significant critical acclaim in its second season, which shifted focus from building a personal computer to online gaming and communication and the early days of what would become the Internet. Co-creators and writers Christopher Cantwell and Christopher C. Rogers have been upped to showrunners for the 10-episode third season, which will return to AMC next summer. The series will also debut on AMC Global channels around the world.

“We love what the creative team and cast have been able to deliver on ‘Halt and Catch Fire’ and are particularly grateful to the critics and fans who supported the show throughout the second season and have been pulling for its renewal,” said Joel Stillerman, president of original programming and development for AMC and SundanceTV. “We’re so thankful for the talent and leadership of Jonathan Lisco over these first two seasons and glad that we are able to continue this story with co-creators and showrunners Chris Cantwell and Chris Rogers at the helm. In a world of TV series filled with scary, mythical creatures like zombies and dragons, we’re thrilled to be able to follow these characters to Silicon Valley and finally bring unicorns to television.”

Cantwell and Rogers said: “We are beyond thrilled to have the opportunity to continue telling this story. ‘Halt and Catch Fire’ has been a passion project of ours from day one, and we are so thankful that AMC not only shares this passion, but also continues to champion bold character-driven storytelling in an increasingly crowded television landscape. While we know we would not be here were it not for the leadership and mentorship of former showrunner Jonathan Lisco, we’re incredibly excited to continue working with our wonderful producing partners at Gran Via, as well as our extremely talented cast and crew. Much in the way that ‘Halt’ is about underdogs overcoming convention and breaking new ground, the story of season 3 will endeavor to further stretch the medium and challenge the form.”

“‘Halt and Catch Fire’ has simply turned into a great show at this point. I hope AMC continues to stick with it.” – HitFix.com

“The second season of Halt and Catch Fire, AMC’s 1980s-set tech drama, turned out to be terrific, engaging television, taking the show’s characters through the earliest days of the online boom and concluding with a finale that leaves all sorts of possibilities open for a third season. It’s a great, great season of TV.” – Vox.com

“Consider the entirety of Halt and Catch Fire’s excellent second season, 10 episodes that were as elegant as they were rewarding. Better, it was a celebration of the good things that can result when television writers care – and care deeply – about the smallest details of their creations.” – Grantland.com

“Across the board, Halt’s great leap forward makes for a breezier, better show.” – RollingStone.com

“If you weren’t an early adopter of this computer-biz drama, don’t worry. Season 2 is easy to jump into, and it’s excellent.” – Time.com

“If you missed the show last time around, make sure you don’t this season. Because one of my favorite new series of 2014 hit the return button and came back with way more bandwidth and RAM.” – Deadline.com