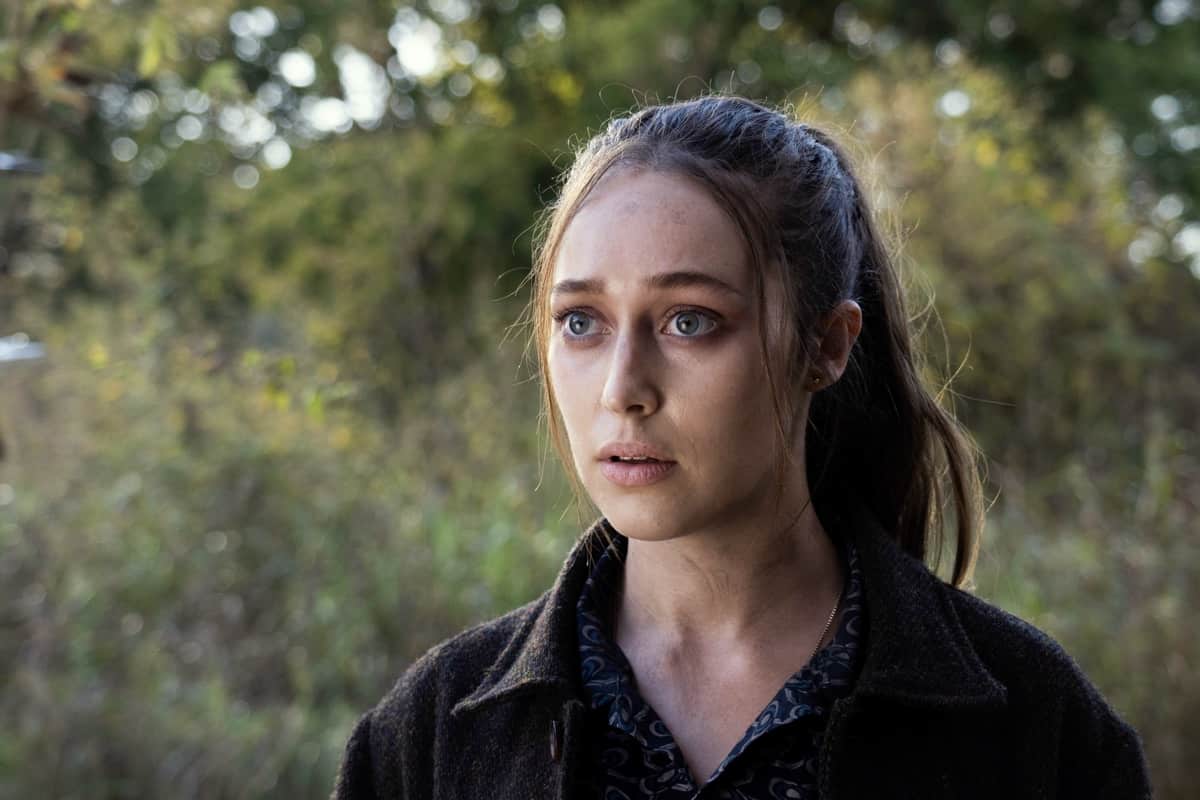 AMC announced on tonight’s Talking Dead the renewal of Fear the Walking Dead for an eighth season with Kim Dickens, who played fan-favorite character Madison Clark in Seasons 1 through 4, set to return to the series.  Dickens will make her first appearance in the second half of Season 7, returning Sunday, April 17 on AMC, and continue as a series regular in Season 8. All episodes of Fear the Walking Dead continue to be available one week early on AMC+, beginning on April 10.

“If there were a Mt. Deadmore, Kim Dickens’ face would be on it.  Madison Clark is a foundational character to TWDU — heroic, complex, an everyperson who becomes a warrior and then a force of benevolence,” said Scott M. Gimple, Chief Content Officer of The Walking Dead Universe. “Kim Dickens’ raw talent, strength, and brilliance will electrify TWDU once more and we couldn’t be luckier to have her back.”

In the second half of Season 7, months have passed after the nuclear blast and the only one thriving is Victor Strand (Colman Domingo). Having built a fiefdom, he callously selects who will have a chance at life. The other members of the group have suffered immensely, but out of that, has come a fierce determination to live, even if it means taking Strand’s Tower by force and continuing the search for Padre, a mythical place no one is sure really exists. Alicia (Alycia Debnam-Carey,) now the reluctant leader to Teddy’s former followers, is plagued by a mysterious illness and the repercussions of her past actions. Morgan (Lennie James,) trying to maintain hope that he will be reunited with his family, knows Alicia is key to their survival. With Alicia declaring war, Strand’s paranoia and personal vendettas grow, and with that, new threats emerge from all sides.

In addition, AMC released a new promo for Season 7.

AMC is home to some of the most popular and acclaimed programs on television. AMC was the first basic cable network to ever win the EmmyAward for Outstanding Drama Series with Mad Men in 2008, which then went on to win the coveted award four years in a row, before Breaking Bad won it in 2013 and 2014. The network’s series The Walking Dead is the highest-rated series in cable history. AMC’s current original drama series are Better Call Saul, Fear the Walking Dead, Kevin Can F Himself, NOS4A2, Quiz, Soulmates, The Walking Dead, The Walking Dead: World Beyondand the forthcoming series 61st Street, and Pantheon. AMC also explores authentic worlds and discussion with original shows like Talking Dead, AMC Visionaries and Ride with Norman Reedus. AMC is owned and operated by AMC Networks Inc. and its sister networks include IFC, SundanceTV, BBC America and WE tv. AMC is available across all platforms, including on-air, online, on demand and mobile.

AMC+ is the company’s new premium streaming bundle featuring an extensive lineup of popular and critically acclaimed original programming from AMC, BBC America, IFC, and SundanceTV and full access to targeted streaming services Shudder, Sundance Now and IFC Films Unlimited, which feature content such as A Discovery of Witches, Creepshow, Riviera and Boyhood. The service features a continually refreshed library of commercial-free content, including fan favorites Mad Men, Rectify, Orphan Black, Portlandia, Hell on Wheels, NOS4A2 and series from The Walking Dead Universe, among many others. The service also offers a growing slate of original and exclusive series including Gangs of London, The North Water, Kin, The Beast Must Die, Too Close, The Salisbury Poisonings, Cold Courage, Spy City, Ultra City Smiths, and forthcoming drama Ragdoll. AMC+ recently launched in Canada on Apple TV Channels and Amazon Prime Video Channels and is currently available in the U.S. through AMCPlus.com, the AMC+ app, and a number of digital and cable partners.