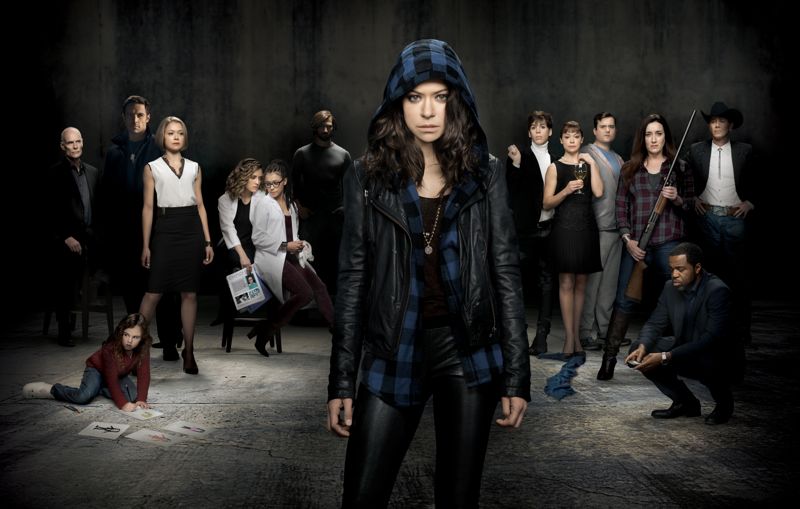 AMC Networks Inc. (Nasdaq: AMCX), the global entertainment company behind acclaimed series The Walking Dead, Mad Men, and Rectify, and BBC Worldwide, the commercial arm of the British Broadcasting Corporation, today announced a new long-term creative partnership bringing together two global brands that are behind some of the most-watched, most celebrated programming on television.

Under the terms of the partnership agreement, AMC Networks is investing $200M to acquire a 49.9% equity stake in the cable channel BBC AMERICA, home of hit drama series Doctor Who and Orphan Black. The agreement is structured as a long-term equity joint venture, with BBC Worldwide retaining 50.1%. AMC Networks will have operational control of BBC AMERICA, including affiliate and advertising sales, will run it consistent with BBC’s editorial standards and policies, and will consolidate the results of the joint venture in its financial statements.

Available in almost 80 million homes in the U.S., BBC AMERICA is celebrated for its award-winning programming, including the iconic Doctor Who, dramas Orphan Black, Luther and Broadchurch, Top Gear, the world’s most popular car show, as well as the BBC’s world-renowned landmark natural history series from the makers of Planet Earth. Its programs have been honored with hundreds of awards including four Emmy® Awards, five Golden Globes® and 12 Peabody Awards. With more scripted originals than any other ad-supported cable channel, BBC AMERICA was the most critically acclaimed channel on ad-supported television in 2013 (source: Metacritic.com 2013).

BBC AMERICA will be managed as a standalone channel within the AMC Networks portfolio, which includes AMC, IFC, WE tv, and SundanceTV, as well as AMC Networks International, a collection of more than 60 channels distributed worldwide. The partnership builds on a history of close creative collaboration between the BBC and AMC Networks, which has already resulted in the award-winning drama series Top of the Lake, the acclaimed drama The Honourable Woman and the upcoming One Child. As part of the agreement, AMC Networks and BBC Television have agreed to continue to jointly pursue a number of content investment opportunities on a range of future projects, both through BBC AMERICA and other AMC Networks channels.

Also included in the partnership is representation of BBC World News in U.S. distribution and domestic advertising sales. Available in over 30 million homes in the U.S., the channel is owned and editorially controlled by BBC Global News Ltd, has journalists in more countries than any other international news broadcaster and is the leader in global breaking news. BBC World News has received a host of honors including four Emmy® Awards and four Peabody Awards, reflecting its outstanding coverage of world affairs.

“The BBC is one of the most recognized, trusted and respected brands in the world and we are proud to partner with it to create a content offering unmatched in the industry. I have great respect for what Herb Scannell and his team have achieved over the past four years, elevating BBC AMERICA’s profile, performance and productions,” said Josh Sapan, AMC Networks President and CEO. “A combined AMC Networks-BBC AMERICA channel group creates a powerful collection of networks that are among the most critically-acclaimed, with distinct dramas and other potent content that creates a deep connection with viewers. Our content rises to the top on many levels and is particularly well-suited to an era of on-demand viewing and expanding consumer choice.”

Tony Hall, BBC Director-General and Chairman of BBC Worldwide, added: “The U.S. is an important market for the BBC’s commercial activities. This partnership brings together the whole BBC and will help us reach new audiences in the U.S., strengthen BBC AMERICA’s position for the long term and create opportunities for the UK creative community. We’ve already worked successfully with AMC Networks on award-winning productions of Top of the Lake and the Honourable Woman and this partnership means we can produce even more top quality drama together. And I hope this is the beginning of us working together on other future projects too.”

Tim Davie, CEO, BBC Worldwide and Director, Global, said: “AMC Networks is the ideal partner for BBC Worldwide. Like us, they are committed to the kind of high-quality, unmissable content that has already gained BBC AMERICA one of the most educated, affluent and tech savvy audiences in all of U.S. television, with a powerful social media following. BBC AMERICA is a unique and upscale asset, with eight straight years of ratings growth behind it. By creating a stronger force with shared creative sensibilities, this partnership secures the continuation of that growth into the future.”