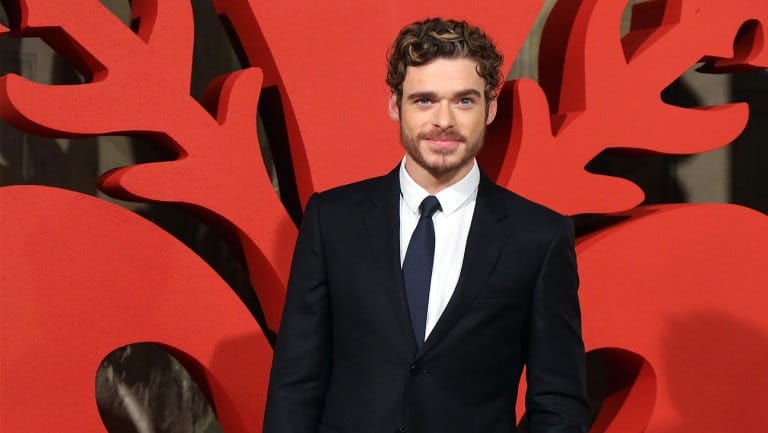 Amazon today announced its lineup for its Spring 2017 pilot season which will debut on Amazon Video on March 17 in the US, UK, Germany, Austria, and Japan. Amazon is continuing its tradition of extreme variety this pilot season, including The Legend of Master Legend, from Noah Harpster and Micah Fitzerman-Blue (Transparent), about a homemade superhero in Las Vegas juggling the demands of his duty and his family; Budding Prospects, from Terry Zwigoff (Bad Santa), a 1980s pot comedy based on the T.C. Boyle novel of the same name; The New V.I.P.’s, from Steve Dildarian (The Life & Times of Tim), Amazon’s first adult animated comedy where a group of low level employees seize control of a major corporation after accidentally murdering their boss; The Marvelous Mrs. Maisel, from noted creator Amy Sherman-Palladino (Gilmore Girls), about a 1958 New York City woman who goes from uptown housewife to stand-up comic in Greenwich Village; and Oasis, from Matt Charman (Bridge of Spies), that follows a chaplain who is sent into space to help establish a colony on a distant planet.

All Amazon customers in the US, UK, Germany, Austria and Japan are invited to stream and review the pilots to help determine the next Amazon Original Series that are then available to Prime members. The pilots will be available via the Amazon Prime Video app for TVs, connected devices including Fire TV, and mobile devices, or online at Amazon.com/amazonvideo. Amazon customer feedback on pilots have assisted in making some of the most critically-acclaimed and popular series to date, including multi Golden Globe– and Emmy-winning series Transparent, multi Golden Globe-winning series Mozart in the Jungle, and the most-streamed scripted Amazon Original Series ever by Prime members globally, The Man in the High Castle.

The Legend of Master Legend

The Legend of Master Legend is a dark comedy about the life of Frank Lafount, aka Master Legend — a homemade superhero whose mission is to protect the people of Las Vegas from evil doers. Master Legend juggles the demands of justice with the even more complicated demands of his real family, who don’t see him as a hero at all. The Legend of Master Legend is executive produced by Youree Henley (20th Century Women), Joshuah Bearman (Argo) and David Klawans (Argo), along with executive producers and writers Micah Fitzerman-Blue (Transparent) and Noah Harpster (Transparent). The pilot is directed by James Ponsoldt (The Spectacular Now) and stars John Hawkes (Winter’s Bone), Dawnn Lewis (Major Crimes), Shea Whigham (Boardwalk Empire) and newcomer Anjelika Washington.

In 1983, three hapless city boys move from their comfort zone of the San Francisco counter-culture to Mendacino to grow marijuana. Their expectations of the experience being a back-to-the-land, nurturing adventure in a beautiful rustic setting run up against the harsh truth prior to their arrival at “The Summer Camp” – a miserably run-down shanty out in the middle of nowhere, where they are bedeviled by rats, snakes, mosquitoes, and harsh, unfriendly growing conditions, noisy neighbors, dangerous locals, and menacing law enforcement. Budding Prospects is directed and executive produced by Terry Zwigoff (Bad Santa), executive produced by Vincent Landay (Her) and co-written by Melissa Axelrod. The pilot stars Adam Rose (Veronica Mars), Joel David Moore (Bones), Will Sasso (MADtv) and Brett Gelman (Fleabag).

The Marvelous Mrs. Maisel is written and directed by Amy Sherman-Palladino (Gilmore Girls) and executive produced by Daniel Palladino (Family Guy) and Sherman-Palladino. It’s 1958 Manhattan and Miriam “Midge” Maisel (Rachel Brosnahan, House of Cards) has everything she’s ever wanted—the perfect husband, two kids, and an elegant Upper West Side apartment perfect for hosting Yom Kippur dinner. But her perfect life suddenly takes an unexpected turn and Midge discovers a previously unknown talent—one that changes her life forever. She charts a course that takes her from her comfortable life on Riverside Drive, through the basket houses and nightclubs of Greenwich Village as she storms the world of stand-up comedy…a course that will ultimately lead her to a spot on Johnny Carson’s couch. The Marvelous Mrs. Maisel also stars Michael Zegen (Boardwalk Empire) as Midge’s husband Joel Maisel, Alex Borstein (Family Guy) as Susie Myerson, Golden Globe winner and three-time Emmy Winner Tony Shalhoub (Monk) as Midge’s father Abe Weinberg, and Marin Hinkle (Two and a Half Men) as Midge’s mother Rose Weinberg.

Based on the cult-hit novel The Book of Strange New Things from Michel Faber, Oasis follows a chaplain (Richard Madden, Game of Thrones) who is sent into space to help establish a colony on a distant planet. What he ends up discovering not only puts his faith to the test, but life as we know it. The pilot also stars world-renowned Indian actor and producer Anil Kapoor (Slumdog Millionaire, 24) as Vikram Danesh, the head of the base on Oasis, Michael Shaw (Limitless) as B.G., Antje Traue (Man of Steel) as Grainger, Mark Addy (Game of Thrones) as Halloran, Haley Joel Osment (The Sixth Sense, Alpha House) as Sy, Maureen Sebastian (American Gothic) as Alicia Ruiz, Michael Shaffer (Coach Sinclair) as Phelps, and Zawe Ashton (Nocturnal Animals) as Severin. Oasis is written by Matt Charman (Bridge of Spies), executive produced by Charman, Andy Harries (The Crown) and Lila Rawlings (Left Bank Productions), produced by Rob Bullock (The Night Manager), with Kevin MacDonald (The Last King of Scotland) directing. The one-hour drama pilot is a co-production of Amazon Studios and Left Bank Productions.