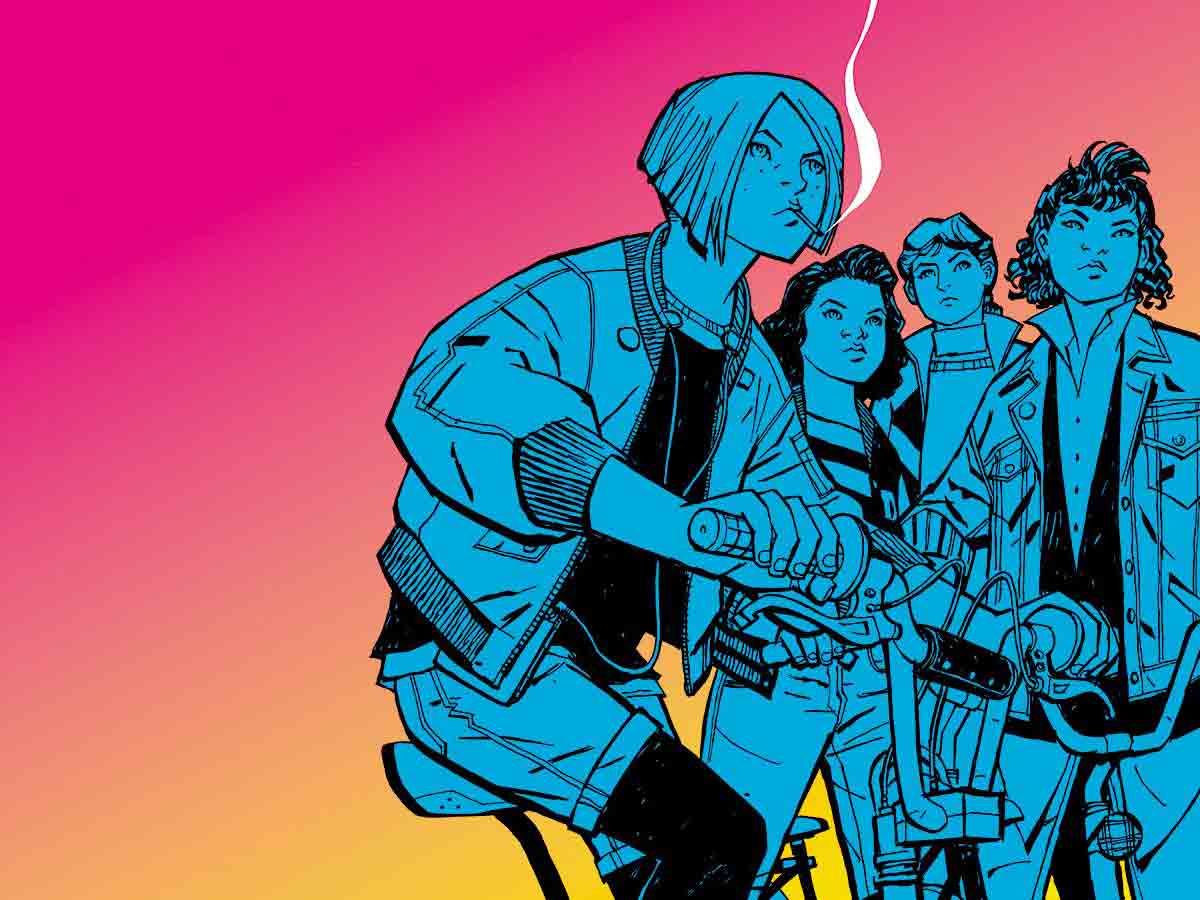 Amazon Studios has ordered the new series Paper Girls, from Legendary Television in association with Plan B, based on the best-selling graphic novel series by award-winning comic book visionary and television writer Brian K. Vaughan and artist Cliff Chiang.

Paper Girls follows four young girls who, while out delivering papers on the morning after Halloween in 1988, become unwittingly caught in a conflict between warring factions of time-travelers, sending them on an adventure through time that will save the world. As they travel between our present, the past, and the future – they encounter future versions of themselves and now must choose to embrace or reject their fate. Based on the graphic novel series by Brian K. Vaughan and Cliff Chiang, Paper Girls is from Amazon Studios and Legendary Television in association with Plan B, with executive producers Stephany Folsom, Christopher Cantwell, and Christopher C. Rogers, who will also serve as co-showrunners; Brian K. Vaughan and Cliff Chiang are also executive producers.

“As huge fans of what Brian and Cliff created in Paper Girls, we couldn’t be more excited by the opportunity to bring this incredible adventure to life,” said Folsom, Cantwell and Rogers. “This is a story with so much heart, and so many unique colors and dimensions — our sincere hope is not only to do justice to the source material, but to make Paper Girls unlike anything else currently on TV.”

“We love bringing Paper Girls to our global Amazon Prime Video audience as an original series. Brian’s beloved, widely acclaimed and multiple Eisner Award-winning story delivers a gripping concept grounded by compelling characters,” said Albert Cheng, COO and Co-Head of Television, Amazon Studios. “We have a great partnership with Legendary and Plan B, and the perfect creative team of Stephany, Christopher, and Christopher, to bring Brian and Cliff’s graphic novels to life.”