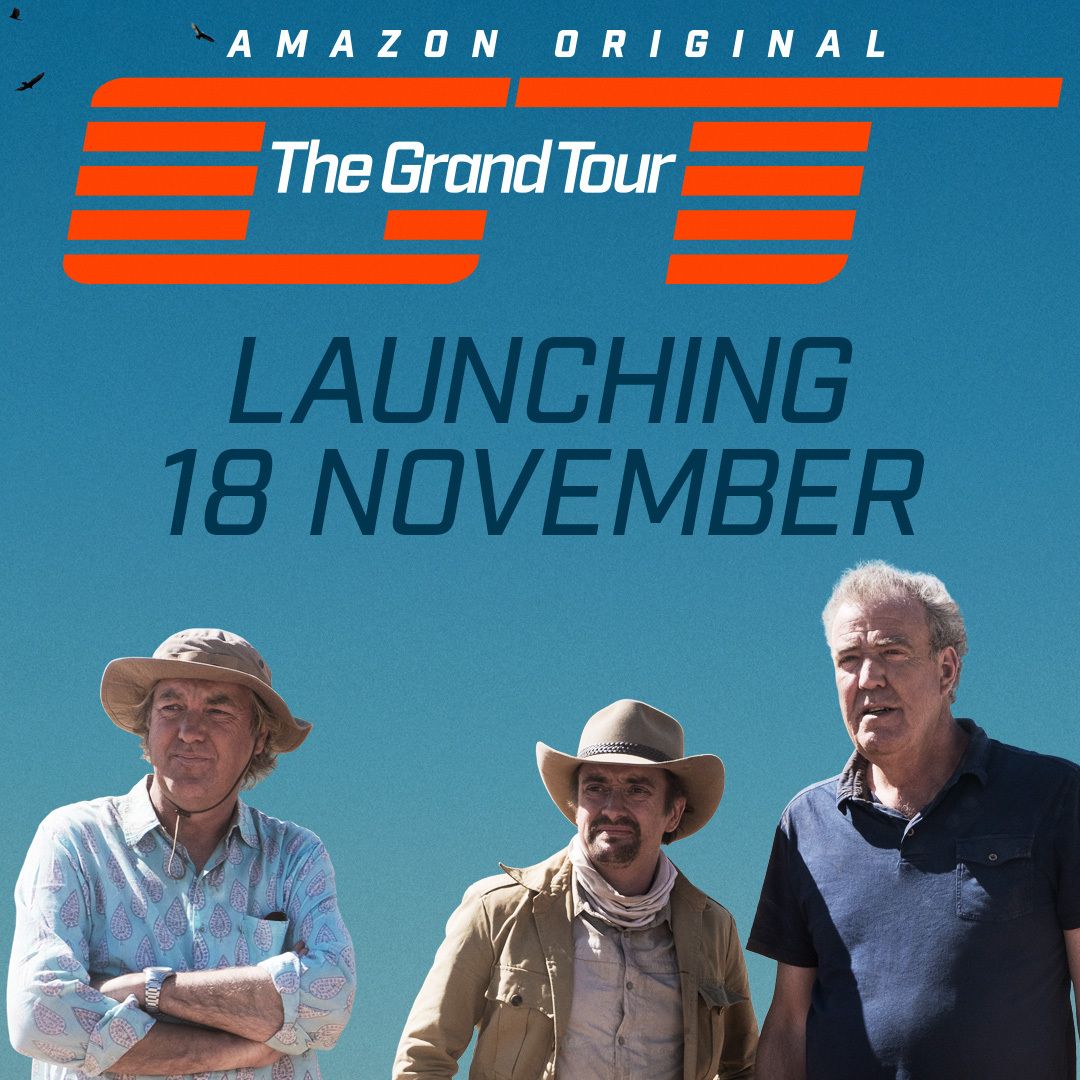 The first episode of The Grand Tour will feature Jeremy, James and Richard in their first studio tent recording in California, which is being filmed later this month.

“Customers have been desperate to find out when they can watch their favorite team back on screen, so we are very excited to announce the launch date of one of the most globally anticipated shows of 2016,” said Jay Marine, Vice President of Amazon Prime Video EU. “The guys have been having a blast filming the show around the world and we can’t wait for fans to see it weekly beginning November 18, only on Amazon Prime Video.”

Jeremy, Richard and James have committed to three series of The Grand Tour as part of a landmark global TV deal and for the last year, the team have been traveling the world filming this first series in exciting locations across the globe. Their Grand Tour also includes studio audience recordings filmed in front of a live audience in their giant traveling tent. The team has already brought the tent to Johannesburg and will be heading to California later this month. Stay tuned for more worldwide tent locations, coming soon.

The Grand Tour joins Prime Video’s lineup of award-winning and critically-acclaimed TV shows and movies, which includes series like Mr. Robot, Downton Abbey, The Americans, Orphan Black, and Amazon Original Series and Movies from Amazon Studios like Transparent,The Man in the High Castle and kid series Tumble Leaf, and Chi-Raq. Prime members can choose to stream or download from Prime Video, to make keeping up with their new favorite shows effortless, whether on the move or at home.