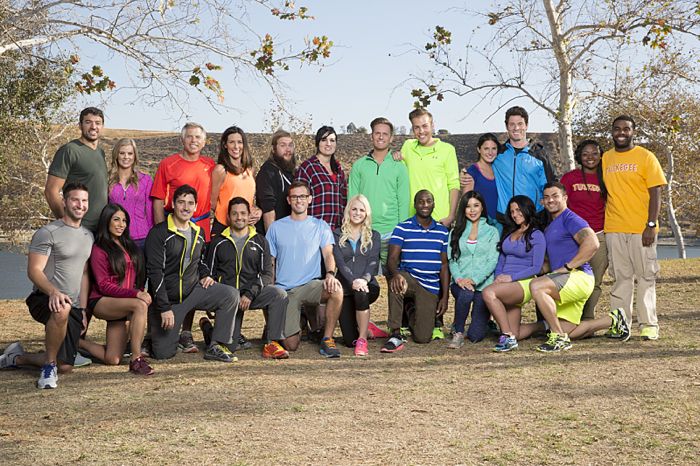 CBS announced today the 11 teams racing around the globe for the opportunity to win the $1 million dollar prize, on a special season of THE AMAZING RACE. This season will feature 11 new teams of all dating duos with a twist: six who are preexisting couples, and five duos who will meet for the very first time at the starting line when they are set up on the most extreme blind date ever. THE AMAZING RACE rounds out a night of reality television when it premieres with a 90-minute episode on Wednesday, Feb. 25 (9:30-11:00 PM, ET/PT), following the premiere of SURVIVOR (8:00-9:30 PM, ET/PT) on the CBS Television Network. The Race moves to its regular time period on Friday, Feb. 27 (8:00-9:00 PM, ET/PT). Phil Keoghan (@philkeoghan) is the host.

“Usually we have people who know each other really well. In this particular case, we have five blind dates and six regular dates,” said Bertram van Munster, Co-Creator and Executive Producer of THE AMAZING RACE. “Going on a blind date to a restaurant is one thing, but going on a blind date around the world is like rolling the dice in a big way,”

The preexisting dating teams traveling around the world include New Kids on the Block member Jonathan Knight and his partner Harley Rodriguez, and Olympic medalists Aly Dudek and Steven Langton. Dudek won bronze at the 2010 Vancouver Olympics in short track speed skating and Langton won two bronze medals at the 2014 Sochi Olympics in bobsledding. Those being set up on the blind dates of a lifetime include a Navy physician and a registered nurse and two lawyers.

The couple’s relationships will be tested right from the starting line as they navigate a muddy obstacle course before jetting off to Tokyo, Japan. The course will continue through Bangkok, Namibia, Monaco, and more, spanning five continents, eight countries and more than 35,000 miles.

The dating teams will also have an opportunity throughout the race to win the all-new “Date Night” reward. This allows one lucky couple to enjoy a one-on-one romantic activity, such as a steamy evening at a hot springs resort in Nagano, Japan, or star-gazing at the Bavarian Public Observatory in Munich, Germany.

Length of Relationship: Known for 15 years, dating for 10