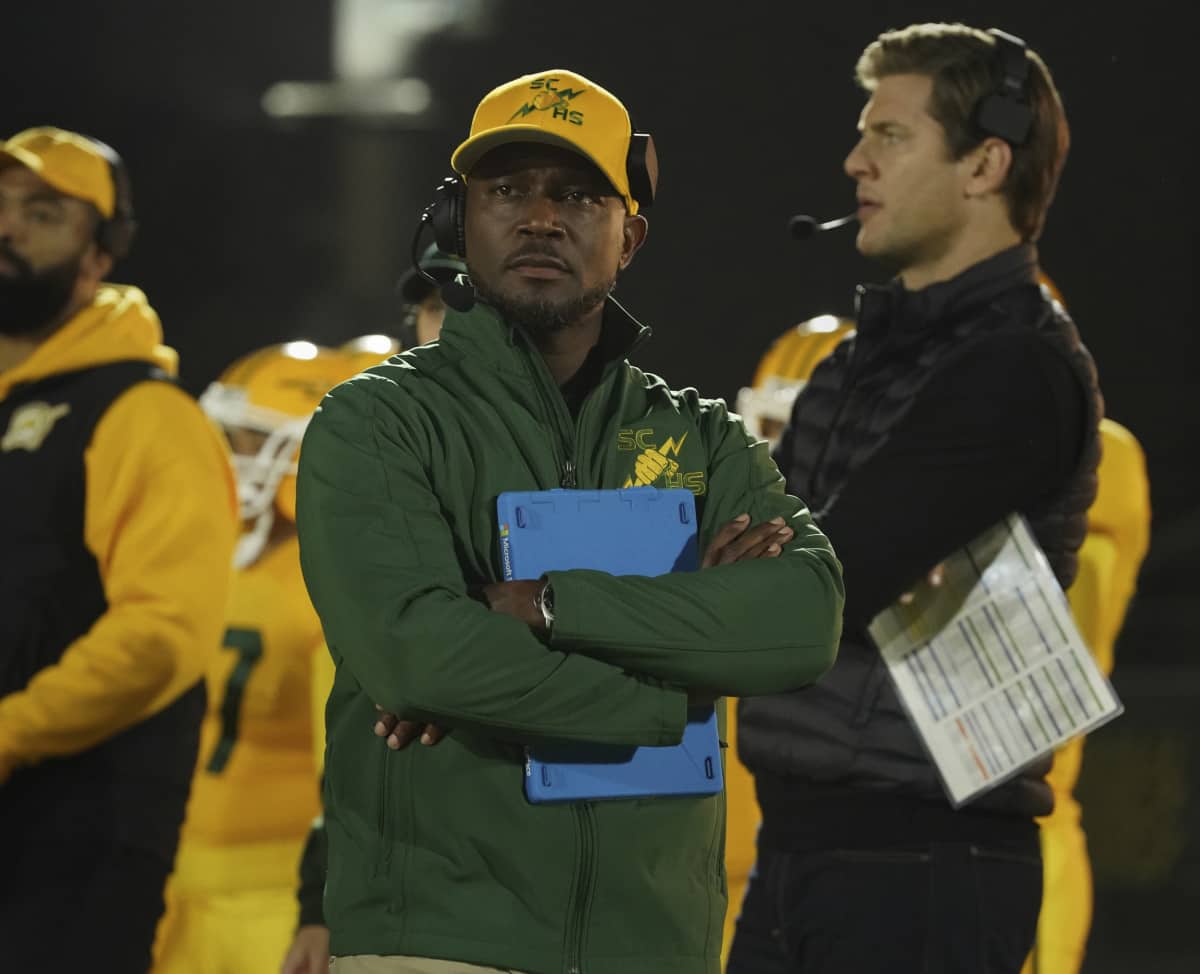 ALL AMERICAN Season 3 Episode 5 Photos How Come – “How Come” TIME TO TELL THE TRUTH – After Spencer (Daniel Ezra) gets some sage advice, he and the team rally around Chris (guest star Spence Moore II) to help him with his trauma, leaving Spencer to realize it’s time to be honest with Coop (Bre-Z) to get over his. Laura (Monet Mazur) grows concerned about Olivia’s (Samantha Logan) sobriety when she notices a change in her behavior, resulting in Laura doing something that could jeopardize their relationship. Jordan (Michael Evan Behling) gets sidelined during a game, but his eagerness to get back on the field might have a long-term consequence. Meanwhile, Layla (Greta Onieogou) hits a dead end with her lawsuit, so Patience (Chelsea Tavares) takes matters into her own hands knowing Coop won’t be happy when she finds out. Taye Diggs, Cody Christian, Karimah Westbrook also star. Kelli Williams directed the episode written by Robert D. Doty (#305). Original airdate 2/15/2021. s03e05 sx05 3.05