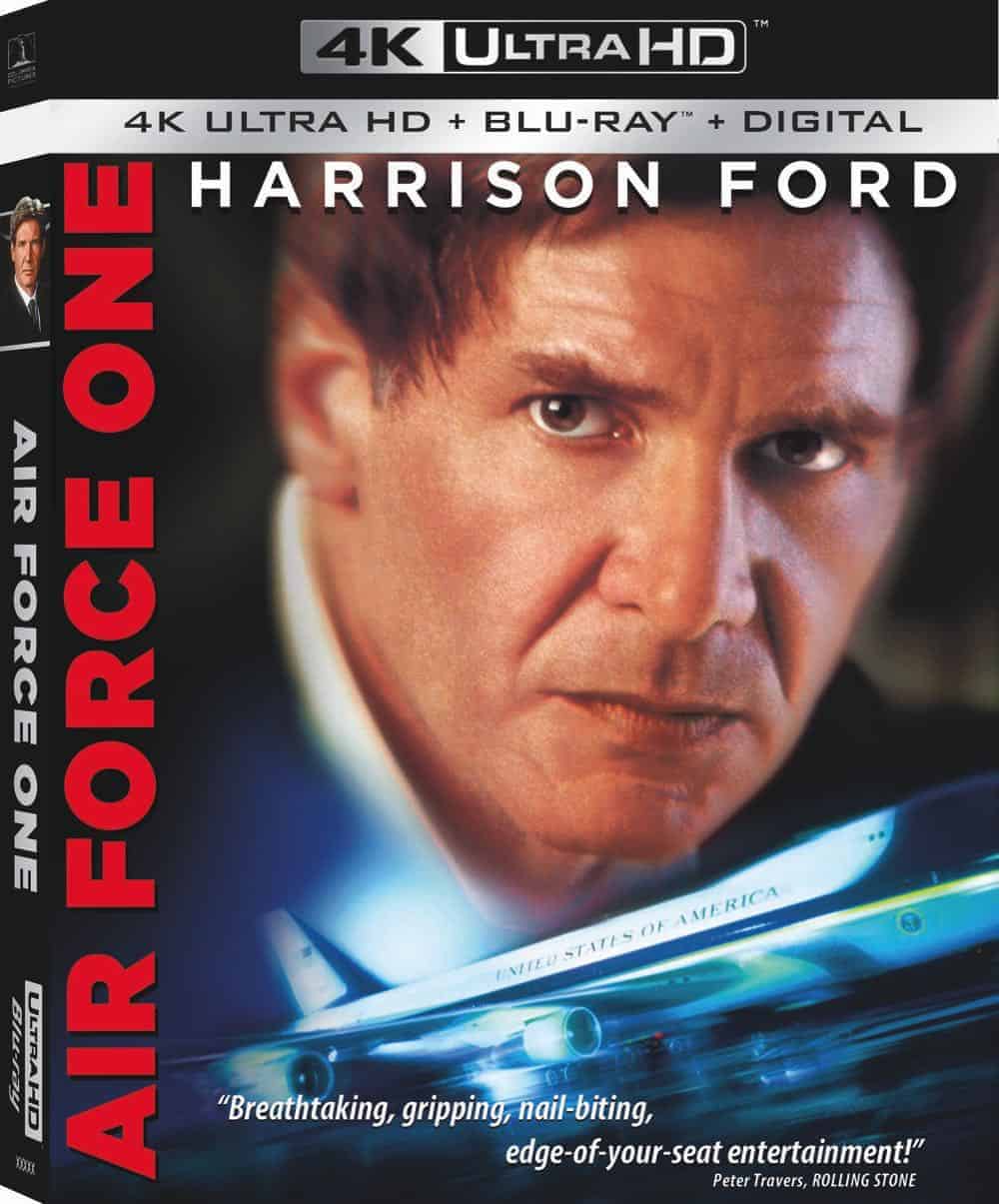 An edge-of-your-seat action classic and one of the highest grossing films of 1997, AIR FORCE ONE debuts on 4K Ultra HD and on digital in 4K November 6 from Sony Pictures Home Entertainment. Legendary action hero Harrison Ford stars as the President of the United States, who fights to save his family and the hostages aboard Air Force One when communist radicals led by Academy Award® winner Gary Oldman (Best Actor, Darkest Hour, 2017) hijack the plane. Directed by Wolfgang Petersen (In The Line of Fire), AIR FORCE ONE also stars Wendy Crewson, Paul Guilfoyle, William H. Macy, Liesel Matthews and Dean Stockwell.

SYNOPSIS:
The fate of the nation rests on the courage of one man. Harrison Ford and Gary Oldman star in two-time Oscar® nominee Wolfgang Petersen’s (Best Director & Best Writing, Screenplay Based on Material from Another Medium, Das Boot, 1981) gripping thriller about an uncompromising U.S. President who has just told the world he will not negotiate with terrorists. When Russian neo-nationalists hijack Air Force One, the world’s most secure and extraordinary aircraft, the President is faced with a nearly impossible decision to give in to terrorist demands or sacrifice not only the country’s dignity, but the lives of his wife and daughter.

AIR FORCE ONE has a run time of approximately 124 minutes and is rated R for violence.