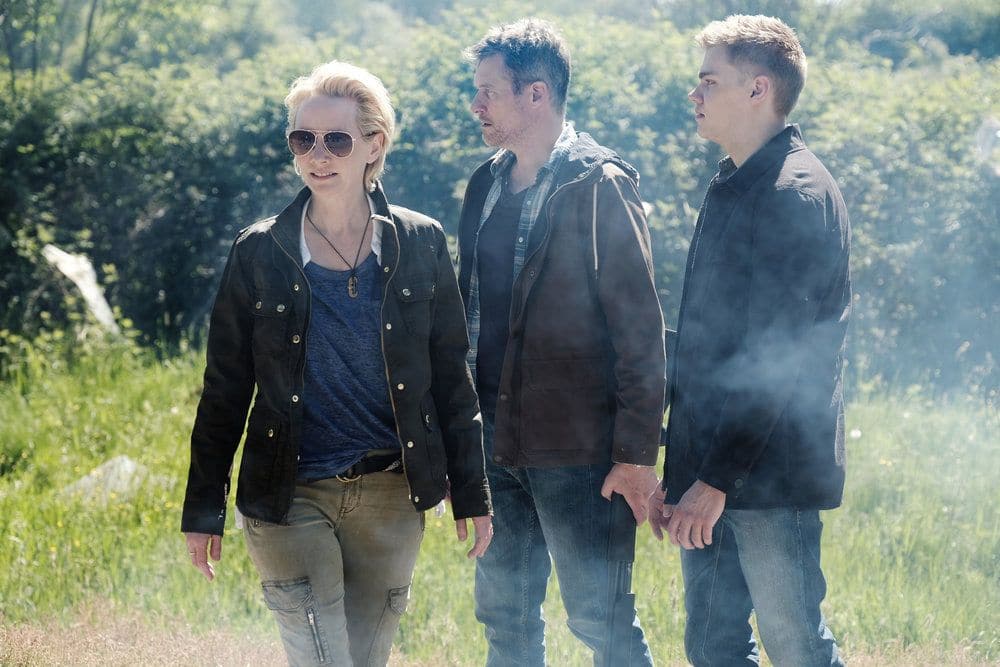 “Aftermath,” a new 13-episode original co-production, is produced by Halfire Entertainment in association with Syfy and Space. In “Aftermath,” a family of five’s strength is tested when it becomes evident that the world as they know it is coming to an end and they must take to the road for survival. The Copeland family, Karen (Anne Heche, “Hung,” “Men in Trees”) and Joshua Copeland (James Tupper, “Revenge,” “Grey’s Anatomy”), and their children Dana (Julia Sarah Stone, “The Killing”), Brianna (Taylor Hickson, “Deadpool”) and Matt (Levi Meaden, “The Killing”), face terrifying supernatural creatures and unprecedented disasters, including massive storms, earthquakes, meteor impacts, plague and the rapid decline of civilization as they endeavor to make it through to the mysterious next phase.