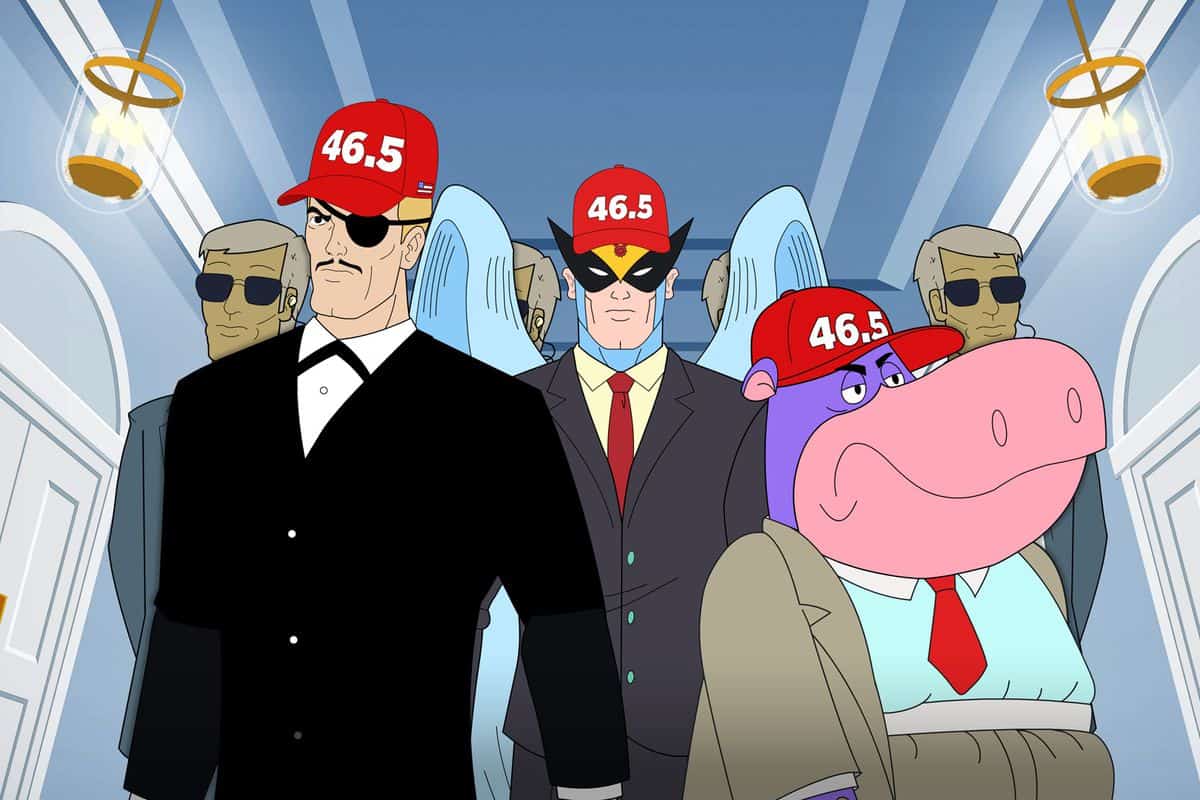 In a stunning announcement, even for this administration, megalomaniac billionaire President Phil Ken Sebben announced today that Harvey Birdman will be this country’s next Attorney General.

In his new role, it’s up to Harvey Birdman to find a way to remove President Phil Ken Sebben from office, before everyone starts to worry it’s more than the ridiculous plot to an animated show.

The proceedings are set for this fall at [adult swim].

Representing Harvey Birdman will be Gary Cole. The spokesperson (literally) for Phil Ken Sebben is Stephen Colbert. Mentok the Mindtaker is represented by John Michael Higgins. Paget Brewster is spokesperson for Birdgirl and Peter Potamus by Chris Edgerly, while X the Eliminator and Black Vulcan will be represented by Peter MacNicol and Phil LaMarr, respectively.