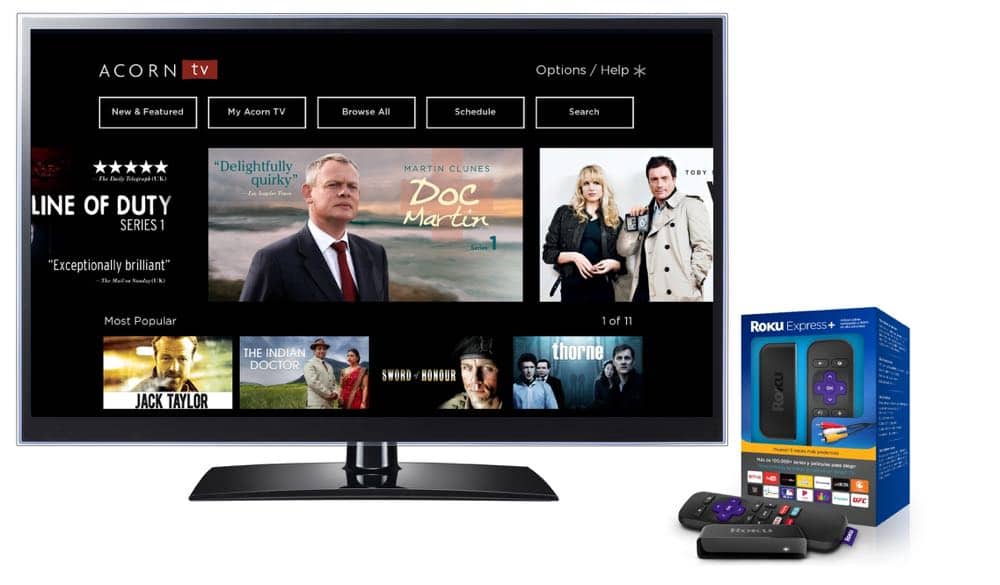 North America’s most popular streaming service for British and international television, Acorn TV, is now available in Mexico. Consumers can now subscribe to Acorn TV via their Roku® streaming player or Roku TV™ by visiting the Roku Channel Store. The programs will be spoken in English with Spanish subtitles available. In Mexico, the Acorn TV streaming service is available for MXN $89 per month.

“Mexico is a large a large, dynamic country that is embracing streaming. Launching with our partner Roku reflects our priority of accelerating the expansion of our distribution footprint,” stated Miguel Penella, Chief Executive Officer of RLJ Entertainment. “Acorn TV is off to an incredible start in 2018 with several popular, critically-acclaimed Acorn TV Originals, as well as the announcements for our first sole commissions. This advancement in our international expansion underscores our confidence of achieving our target of one million subscribers by early 2019.”

Matthew Anderson, Chief Marketing Officer at Roku, added, “We want to give our customers in Mexico a diverse and large breadth of content. We continually add new streaming channels, such as Acorn TV, to our Channel Store which today boasts 4,500+ options in Mexico. Acorn TV is a great example of how content can be distributed around the world allowing a publisher to reach a much wider audience.”

Called “Netflix for the Anglophile” by NPR and featuring “the most robust, reliable selection of European, British, Canadian and Australian shows” by The New York Times, Acorn TV has quickly become one of the top streaming services and is a great value in streaming at only MXN $89 a month and is commercial free. Acorn TV curates the very best in international television. Acorn TV exclusively premieres several new international series and/or seasons every month from Great Britain, Australia, New Zealand, Ireland, Canada, and other European countries.