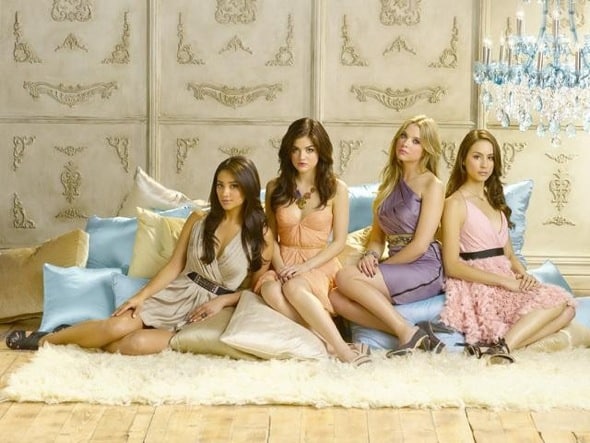 “Dancing Fools” premieres Wednesday, May 29th, at 9:00 – 9:30 p.m. ET/PT. The half-hour comedy clip show features the funniest, most outrageous and memorable dances caught on camera. The dancers from the top two clips of the week compete on stage for a chance to win $10,000. The series is hosted by Melissa Peterman, who also stars in ABC Family’s “Baby Daddy” and in the upcoming ABC reality series “Bet on Your Baby.”

“Twisted,” premiering on Tuesday, June 11th, at 9:00 – 10:00 p.m. ET/PT, is a one-hour mystery full of twists and turns that is centered on a charismatic 16-year-old with a troubled past (Avan Jogia) who has recently reconnected with his two female best friends from childhood (Maddie Hasson and Kylie Bunbury). He becomes the prime suspect when a fellow student is found dead in her home. The series also stars Kimberly Quinn, Sam Robards, Ashton Moio and Denise Richards.

“The Vineyard,” premiering on Wednesday, July 24th, at 9:00 – 10:00 p.m. ET/PT, is a dramatic coming-of-age docu-soap that follows a handful of 20-somethings on Martha’s Vineyard for the summer. Tight quarters, new friends and new rivals, all living, working and playing together, make this picturesque playground ripe for mischief and romance.

Other original series scheduled to premiere this summer include hit comedies “Melissa & Joey” and “Baby Daddy” and fan favorites “Switched at Birth” and “Pretty Little Liars.”

“Melissa & Joey,” the hit comedy starring Melissa Joan Hart and Joey Lawrence returns for the third season of the original series on Wednesday, May 29th, at 8:00 – 8:30 p.m. ET/PT. Mel, a local politician and a former wild child, and Joe, her down-on-his-luck “manny,” work together to raise Mel’s teenaged niece Lennox and nephew Ryder.

“Baby Daddy,” the #1 new cable comedy of Summer 2012 in key female demos, returns with new episodes for its second season on Wednesday, May 29th, at 8:30 – 9:00 p.m. ET/PT. The series follows single dad Ben, his brother Danny, his buddy Tucker, and his close childhood friend (and secret admirer) Riley as they navigate single life in New York City under the constant supervision of Ben’s overbearing mother, Bonnie.

“Switched at Birth” returns with all new episodes on Monday, June 10th, 8:00 – 9:00 p.m. ET/PT. Now in its second season, the award-winning family drama focuses on two teenage girls from very different homes who were accidentally switched at birth and are getting to know their biological families and each other. The series explores blended families and deaf culture, with an array of deaf and hard-of-hearing actors, and includes scenes shot entirely in American Sign Language.

“Pretty Little Liars” returns for its fourth season on Tuesday, June 11th, at 8:00 – 9:00 p.m. ET/PT. The hit series revolves around four teenage girlfriends who lost touch with one another after the mysterious death of a friend, Alison. The girls are suddenly reunited when they each begin receiving messages suggesting Alison is actually alive – and watching them.