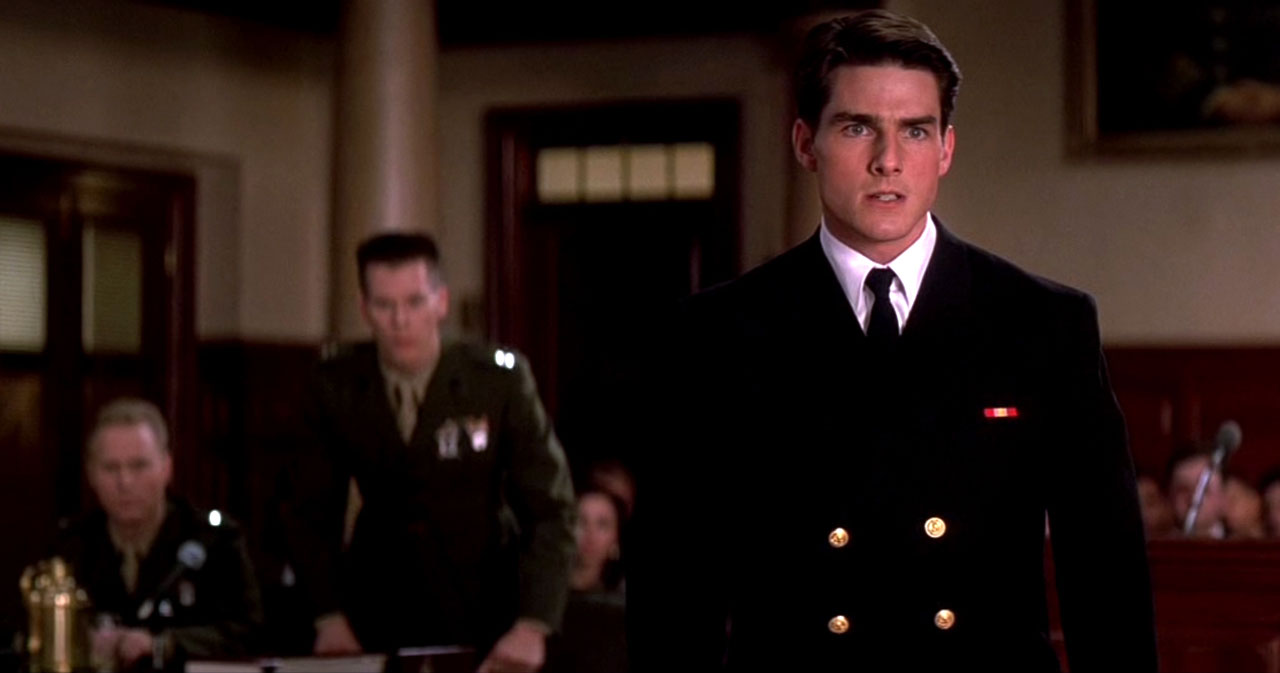 Emmy and Academy Award winner Aaron Sorkin, the creator and mastermind behind the beloved NBC drama “The West Wing,” is returning to the network with a live presentation of “A Few Good Men,” set to air in early 2017.

Setting a high mark in his professional debut, Sorkin wrote “A Few Good Men,” which premiered on Broadway in 1989 at the Music Box Theatre to critical acclaim. Three years later he adapted the play as a feature film that went on to receive an Oscar nomination for best picture.

“I am thrilled that Aaron Sorkin is coming back to NBC to adapt and produce a live broadcast of his electrifying play ‘A Few Good Men,’ which seems as timely as ever today,” said Robert Greenblatt, Chairman, NBC Entertainment. “Aaron is one of the most acclaimed theater, television and film authors of our time, and I am pleased that the live event business that we pioneered with musicals is now expanding into other genres and attracting artists of his caliber. I look forward to his collaboration with our ‘A-team’ producers, Craig Zadan and Neil Meron, to bring another exciting piece of live drama to a broad audience.”

“I’ve been incredibly impressed watching NBC resurrect live musical theater for television and I’m eager to team up with Craig and Neil to help bring live drama back as well,” Sorkin said.

“We couldn’t be more thrilled to be working on ‘A Few Good Men Live’ with the incredibly talented Aaron Sorkin. The stage production was one of the most compelling dramas we’ve ever seen,” said Zadan and Meron. “Not only have Bob Greenblatt and NBC taken a chance on live musicals, but they are now exposing a national audience to riveting live dramas. We’re very excited to be a part of these groundbreaking TV events.”

Set in 1986 and taking place in Washington, D.C., and the U.S. Naval Base in Guantanamo Bay, Cuba, “A Few Good Men” centers on military lawyer Lt. Daniel Kaffee, who is asked to defend three Marines on trial for murder. Tom Hulce (“Amadeus”) was nominated for a Tony Award for his portrayal of Kaffee on Broadway.

For NBC’s “A Few Good Men,” which will be based on the stage version, Sorkin will write the teleplay adaptation and also executive produce along with Craig Zadan and Neil Meron. Casting and a specific airdate in early 2017 will be announced at a later date.

“A Few Good Men” marks NBC’s first live drama since the network began reinvigorating live programming in 2013 with the hugely popular production of “The Sound of Music Live,” starring Carrie Underwood. That was followed by musicals “Peter Pan Live” and last year’s “The Wiz Live,” which was critically acclaimed as well as the most tweeted-about special program (excluding awards shows and political events) since Nielsen Social began tracking Twitter TV activity.

Sorkin is a six-time Emmy winner for “The West Wing,” which ran for seven seasons (1999-2006) and was a four-time winner for best drama. The beloved series depicted the inner workings of the White House and its ambitious staff, all who served under the leadership of Democratic President Josiah Bartlet (Martin Sheen).

Sorkin’s most recent TV project was HBO’s “The Newsroom,” which ran for three seasons and earned Jeff Daniels an Emmy for best lead actor in a drama series. Sorkin was also Emmy nominated for his ABC comedy “Sports Night,” which ran for two seasons. His other television project, “Studio 60 on the Sunset Strip,” aired on NBC in the 2006-07 season.

On the film side, Sorkin has been one of the most honored and sought-after writers of the past decade. He won the Oscar for his adapted script of 2010 best picture nominee “The Social Network” and a year later was nominated (along with Steve Zaillian and Stan Chervin) for the adapted screenplay of “Moneyball.” The movie was also nominated for best picture. His most recent film, “Steve Jobs,” earned Sorkin a Golden Globe for best screenplay.

Sorkin was also Globes nominated for the 1995 film “The American President,” starring Michael Douglas and Annette Bening. He is currently prepping to direct his first film, an adaptation of the book “Molly’s Game.”

Craig Zadan and Neil Meron, who are currently producing NBC’s “Hairspray Live,” produced “Smash,” “The Sound of Music Live,” “Peter Pan Live” and “The Wiz Live” as well as the big-screen adaption of “Hairspray,” “Footloose,” “The Bucket List” and the Oscar-winning best picture “Chicago.” Last year the pair produced the 87th Oscar telecast, which was their third consecutive Oscars. In addition to Emmy Award nominations for “The Sound of Music Live” and the Oscars, Zadan and Meron have been nominated for TV works that include “Gypsy,” “Cinderella,” “Annie,” “The Beach Boys: An American Family,” “Life With Judy Garland” and “A Raisin in the Sun.” Zadan and Meron were also Tony nominated in 2011 for their Broadway revival of “How to Succeed in Business Without Really Trying.”

“A Few Good Men” will be produced by Universal Television in association with Sony Pictures Television and Warner Bros. Television.