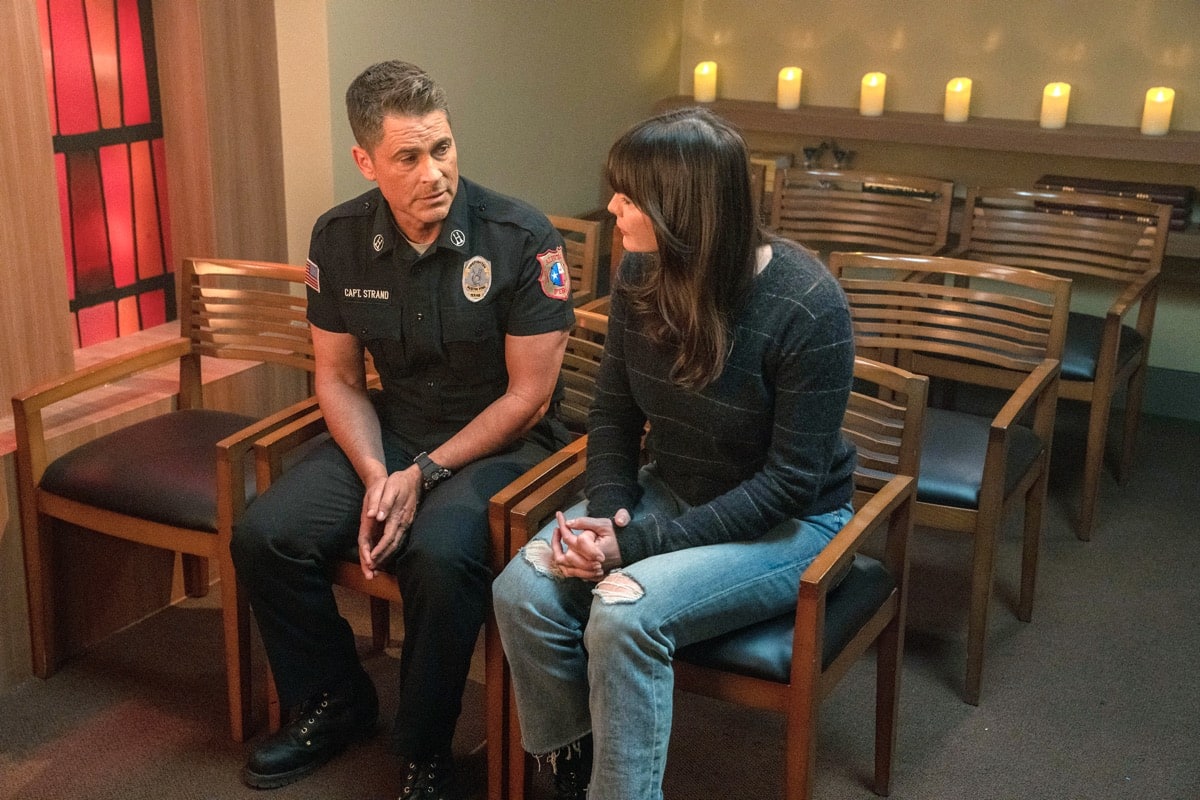 911 LONE STAR Season 1 Episode 8 Photos Monster Inside – Owen, Michelle and the 126 crew race to a rattlesnake infestation at a young family’s home, and attempt to rescue a man with dementia from a dangerous scene that he created. Meanwhile, Owen adopts a firehouse dog with cancer and Michelle finally learns the truth behind her sister’s disappearance. Also, a tragic accident shakes the team to its core in the all-new “Monster Inside” episode of 9-1-1: LONE STAR airing Monday, March 2 (8:00-9:01 PM ET/PT) on FOX. (NLS-108) (TV-14 D, L, V)