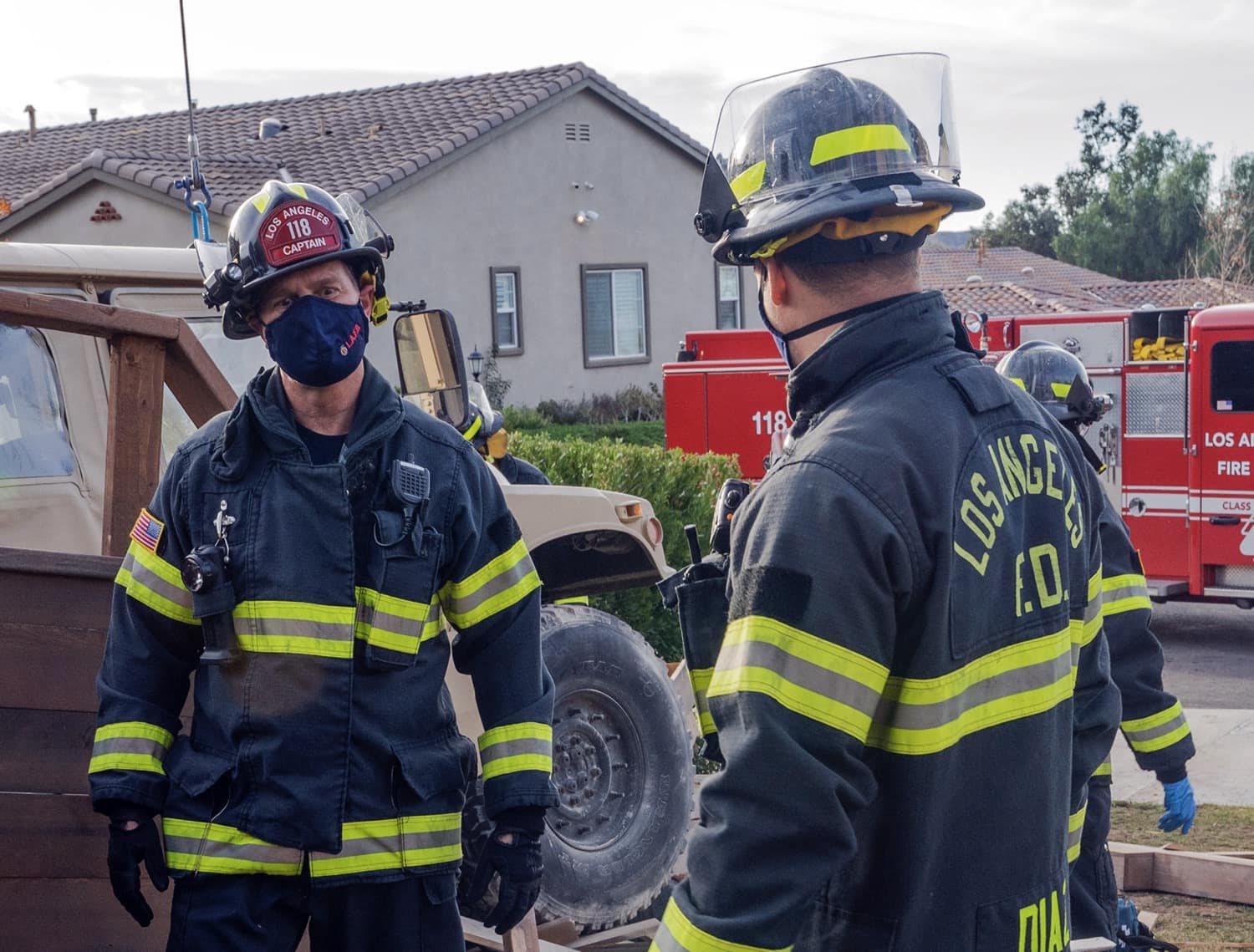 9-1-1 Season 4 Episode 7 Photos There Goes the Neighborhood – The 118 rush to save a man pinned under a Humvee, and a garage band that rocks out too hard. Enlisting Bobby and Athena’s help, Michael installs a new “rear window,” and turns into an amateur detective after noticing strange behavior at a nearby apartment. Meanwhile, Hen’s mother unexpectedly arrives and announces she is moving to LA, and Buck’s re-entry into the dating pool ends in disaster in the all-new “There Goes the Neighborhood” episode of 9-1-1 airing Monday, March 1 (8:00-9:01 PM ET/PT) on FOX. (NIN-407) (TV-14 D, L, V) s04e07 4×07 4.07