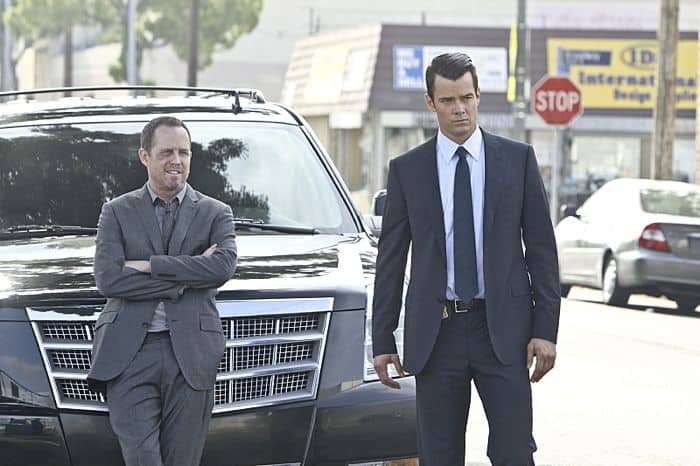 BATTLE CREEK stars Josh Duhamel and Dean Winters in a drama about two mismatched law enforcement officers whose polar opposite views of the world and crime-solving breed frustration, disdain, humor and possibly a grudging respect as they team together to clean up the hardscrabble streets of Battle Creek, Mich. Det. Russ Agnew (Dean Winters), a good but gruff, hard-boiled detective, has his world upended when strikingly handsome, charismatic Special Agent Milton Chamberlain (Josh Duhamel) opens an FBI field office at the police station and chooses Russ to be his partner. Milt’s polished sophistication and access to unlimited state-of-the-art equipment is impressive to his new co-workers in the absurdly underfunded department. As Russ and Milt work long hours together in the economically distressed city of Battle Creek, the question is: will it be Milt’s charm and endless supply of high-end resources or Russ’s old-fashioned cynicism, guile and deception that prove to be the keys to catching the bad guys in his beloved hometown? Janet McTeer, Kal Penn, Edward Fordham and Aubrey Dollar also star. Emmy Award winners Vince Gilligan and David Shore as well as Mark Johnson and Bryan Singer are the executive producers for Sony Pictures Television in association with CBS Television Studios. 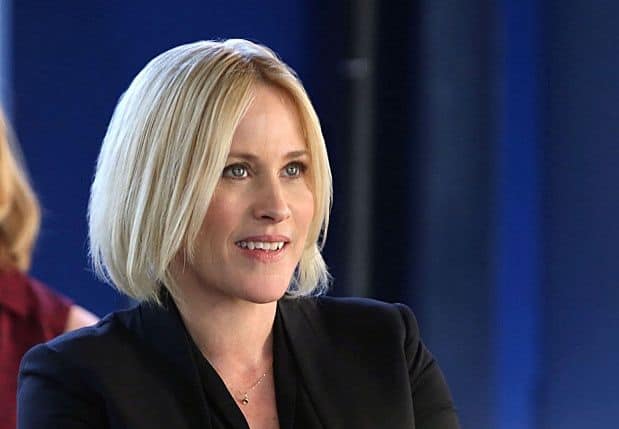 CSI: CYBER stars Emmy Award winner Patricia Arquette in a drama inspired by the advanced technological work of real-life CyberPsychologist Mary Aiken. Special Agent Avery Ryan (Arquette) heads the Cyber Crime Division of the FBI, a unit at the forefront of solving illegal activities that start in the mind, live online, and play out in the real world. She also knows firsthand how today’s technology allows people to hide in the shadows of the Internet and commit serious crimes of global proportion. While other agents search for criminals in dark homes and alleys, Ryan searches the “dark net,” a place deep in the bowels of the Web where criminals are anonymous, money is untraceable and where everything is for sale with just a keystroke. Emmy Award winner Ann Donahue, Carol Mendelsohn, Anthony Zuiker, Pam Veasey and Emmy Award winners Jerry Bruckheimer and Jonathan Littman are executive producers for CBS Television Studios. 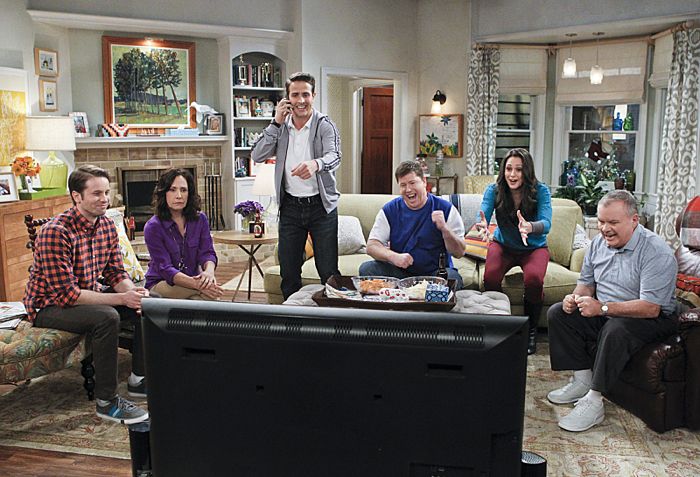 THE McCARTHYS is a multi-camera comedy about a loud, sports-crazed Boston family whose somewhat athletically challenged son, Ronny (Tyler Ritter), is chosen by his father to be his assistant high school basketball coach, much to the surprise of his more qualified siblings. Ronny wants nothing more than to move away, join the singles scene and find a partner. His distraught mother, Marjorie (Laurie Metcalf), is not upset that her favorite son is gay, but that he wants to leave Boston and his family. Ronny’s plans change, however, when his politically incorrect and outspoken father, Arthur (Jack McGee), stuns everyone with his choice for an assistant. Touched by his father’s offer, Ronny embarks on a completely different future – and he can be sure that his loving, tight-knit family is going to have a very vocal opinion about it. Jimmy Dunn, Joey McIntyre and Kelen Coleman also star. Brian Gallivan, Mike Sikowitz, Will Gluck and Andy Ackerman are the executive producers for Sony Pictures Television in association with CBS Television Studios. Emmy Award winner Andy Ackerman directed the pilot. 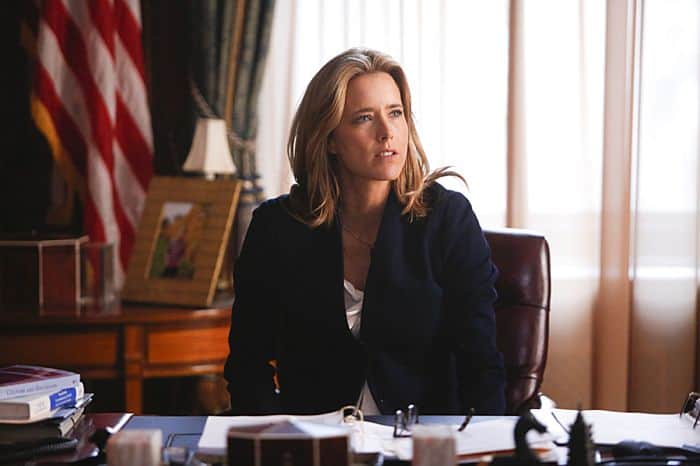 MADAM SECRETARY stars Téa Leoni as Elizabeth McCord, the shrewd, determined, newly appointed Secretary of State who drives international diplomacy, battles office politics and circumvents protocol as she negotiates global and domestic issues, both at the White House and at home. A college professor and a brilliant former CIA analyst who left for ethical reasons, Elizabeth returns to public life at the request of the President following the suspicious death of her predecessor. The President values her apolitical leanings, her deep knowledge of the Middle East, her flair for languages and her ability to not just think outside the box, but to not even acknowledge there is a box. McCord’s team includes her Chief of Staff Nadine Tolliver (Emmy Award winner Bebe Neuwirth), speechwriter Matt Mahoney (Geoffrey Arend), press coordinator Daisy Grant (Patina Miller) and her charming assistant, Blake Moran (Erich Bergen). As McCord debates third world problems and finesses foreign dignitaries at work, that’s just a warm-up for when she goes home to her supportive husband Henry (Tim Daly) and their two bright children (Katherine Herzer and Evan Roe), where “politics” and “compromise” take on new meaning. MADAM SECRETARY is a CBS Television Studios production, in association with Revelations Entertainment. Barbara Hall (“Judging Amy”) is an executive producer with Revelations’ Lori McCreary and Academy and Golden Globe Award winner Morgan Freeman, and David Semel. The pilot was directed by David Semel. 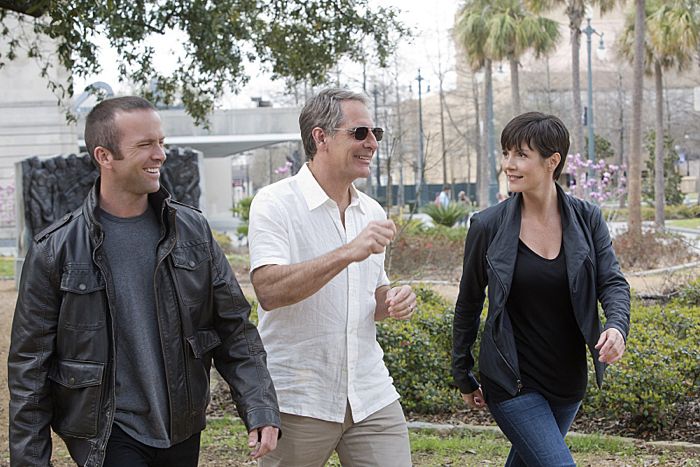 NCIS: NEW ORLEANS is a drama about the local field office that investigates criminal cases affecting military personnel in the Big Easy, a city known for its music, entertainment and decadence. Leading the team is Special Agent Dwayne Pride (Golden Globe Award winner Scott Bakula), aka “King,” a native of NOLA who is driven by his need to do what is right. Working with Pride is Special Agent Christopher LaSalle (Lucas Black), who plays hard but works harder; and Special Agent Meredith “Merri” Brody (Zoe McLellan), a charismatic and tough interrogator who transferred from the Great Lakes office in search of a fresh start. Supporting them is coroner Dr. Loretta Wade (CCH Pounder), who is as eccentric as she is smart. This colorful city that harbors a dark side is a magnet for service personnel on leave, and when overindulgence is followed by trouble, Pride’s team is at its best. Gary Glasberg (“NCIS”) and Mark Harmon (“NCIS”) are the executive producers for CBS Television Studios. 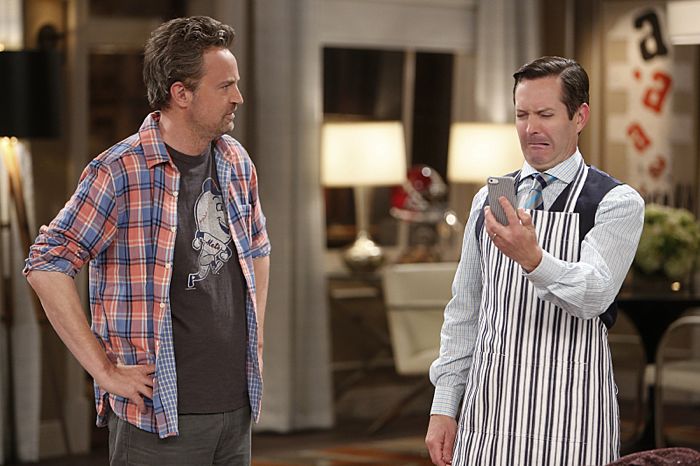 THE ODD COUPLE stars Matthew Perry as endearing slob Oscar Madison and Thomas Lennon as uptight neat freak Felix Unger, two former college buddies who become unlikely roommates after the demise of their marriages. It’s not long after Oscar lets Felix move in that Oscar fears he’s made a monumental mistake. However, despite how exasperated they make each other, these mismatched friends agree they can help each other move on from their divorces and somehow make this crazy living arrangement work. Wendell Pierce and Lindsay Sloane also star. Matthew Perry, Emmy Award winner Joe Keenan, Bob Daily, Sarah Timberman, Carl Beverly, Eric Tannenbaum and Kim Tannenbaum are executive producers for CBS Television Studios.

SCORPION, inspired by a true story, is a high-octane drama about eccentric genius Walter O’Brien (Elyes Gabel) and his team of brilliant misfits who comprise the last line of defense against complex, high-tech threats of the modern age. As Homeland Security’s new think tank, O’Brien’s “Scorpion” team includes Toby Curtis (Eddie Kaye Thomas), an expert behaviorist who can read anyone; Happy Quinn (Jadyn Wong), a mechanical prodigy; and Sylvester Dodd (Ari Stidham), a statistics guru. Pooling their extensive technological knowledge to solve mind-boggling predicaments amazes federal agent Cabe Gallo (Robert Patrick), who shares a harrowing history with O’Brien. However, while this socially awkward group is comfortable with each other’s humor and quirks, life outside their circle confounds them, so they rely on Paige Dineen (Katharine McPhee), who has a young, gifted son, to translate the world for them. At last, these nerdy masterminds have found the perfect job: a place where they can apply their exceptional brainpower to solve the nation’s crises, while also helping each other learn how to fit in. Nick Santora, Emmy Award winner Nicholas Wootton, Alex Kurtzman, Roberto Orci, Heather Kadin, Walter O’Brien, Scooter Braun and Justin Lin are the executive producers for CBS Television Studios. Justin Lin (“The Fast and the Furious”) directed the pilot. 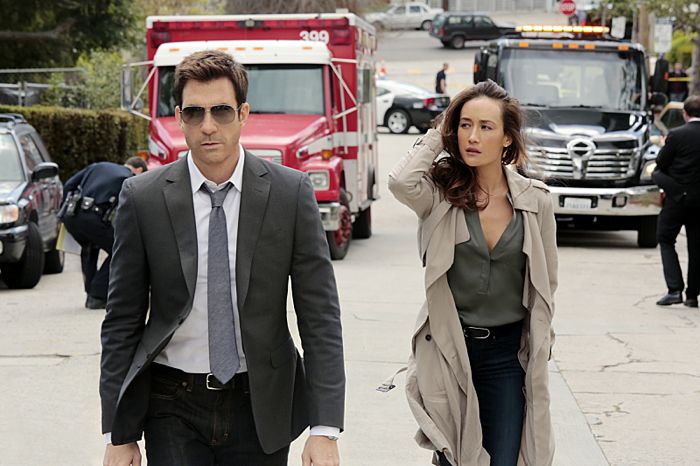 STALKER stars Maggie Q and Golden Globe Award winner Dylan McDermott in a psychological thriller about detectives who investigate stalking incidents – including voyeurism, cyber harassment and romantic fixation – for the Threat Assessment Unit of the LAPD. Det. Jack Larsen (McDermott) is a recent transfer to the Unit from New York City’s homicide division, whose confidence, strong personality and questionable behavior has landed him in trouble before – but whose past behavior may also prove valuable in his new job. His boss, Lt. Beth Davis (Maggie Q), is strong, focused and an expert in the field, driven by her traumatic personal experience as a victim. With the rest of their team, young but eager Det. Ben Caldwell (Victor Rasuk) and deceptively smart Det. Janice Lawrence (Mariana Klaveno), Larsen and Davis assess the threat level of cases and respond before the stalking and intimidation spirals out of control, all while trying to keep their personal obsessions at bay. Kevin Williamson (“Scream”) is the executive producer for Warner Bros. Television.