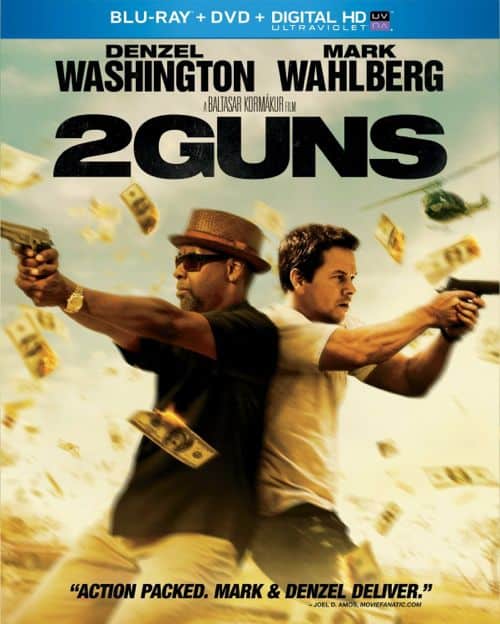 Denzel Washington (Safe House, Flight) and Mark Wahlberg (Contraband, Ted) star in 2 Guns, an adrenaline-fueled picture that tracks two operatives from competing bureaus who must team up for their mutual benefit and survival. 2 Guns will be available on Digital HD starting November 5, 2013, two weeks before it’s available on store shelves.  Fans can own the movie on Blu-ray™ and DVD as well as rent it On Demand starting November 19, 2013, from Universal Studios Home Entertainment.

When an attempt to take down a drug cartel blows up in their faces, two undercover operatives are forced to go on the run together, though neither knows that the other is a federal agent. Suddenly, everyone on both sides of the law wants them dead, and their only hope is to trust each other. Filled with non-stop action and suspense, critics are raving “Washington and Wahlberg are at their very best” (Pete Hammond, Movieline).

The Blu-ray™ Combo Pack includes a Blu-ray, DVD and Digital HD with UltraViolet.

·               Blu-ray™ unleashes the power of your HDTV and is the best way to watch movies at home, featuring 6X the picture resolution of DVD, exclusive extras and theater-quality surround sound.

·               DVD offers the flexibility and convenience of playing movies in more places, both at home and away.

THE GOOD, THE BAD AND THE SEXY: Denzel Washington, Mark Wahlberg, Paula Patton, Bill Paxton, Edward James Olmos and James Marsden talk about what it was like to play their characters.
FINDING THE VIBE: This featurette reveals how the rich world of 2 Guns was brought to life.
LIVING DANGEROUSLY: Crash, smash and detonate alongside Hollywood’s best stuntmen and coordinators, as we watch the filming of 2 Guns’ action.
BLU-RAY™ AND DVD BONUS FEATURES:

·      UNDERCOVER AND INTO ACTION: Find out how the writing styles of graphic novelist Steven Grant and screenwriter Blake Masters merged to create one of the year’s most original scripts.

Based on BOOM! Studios Graphic Novels by: Steven Grant 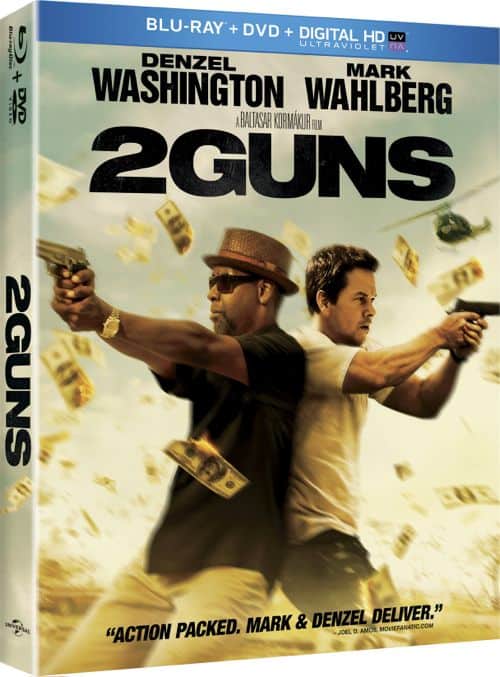 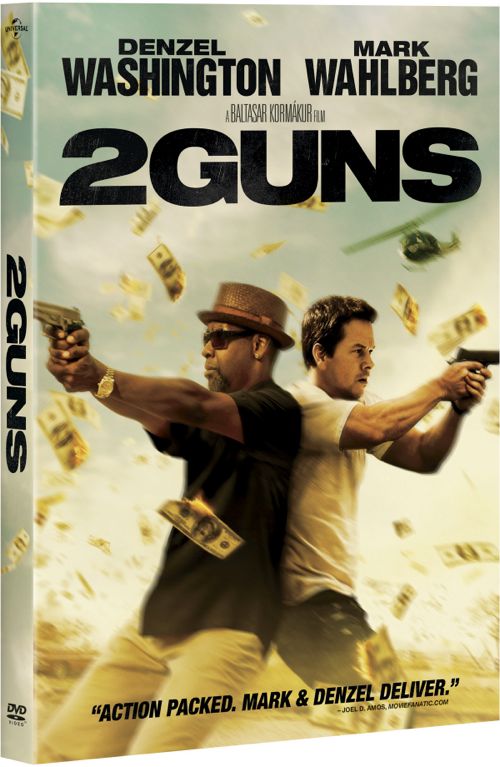