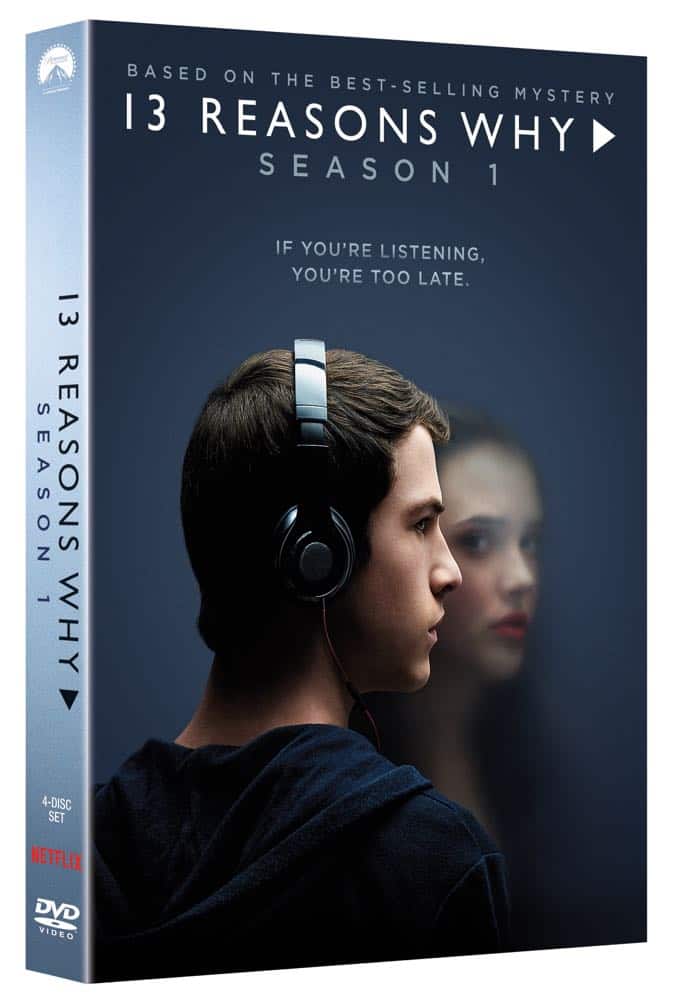 Seat42F and Paramount Home Media have teamed up to give THREE lucky winners a copy of 13 REASONS WHY Season 1 on DVD. For a chance to win send an email to 13 ReasonsWhy@seat42f.com and tell us why you want to add 13 REASONS WHY Season 1 to your DVD collection. Only one entry per person. Contest ends April 12th. Winners will be notified on April 13th via email.

Named one of the top 15 pop culture moments that defined 2017 by USA Today, “13 REASONS WHY” inspired more than 11 million tweets, becoming one of the top 10 most-tweeted about television shows and Google’s most-searched show of the year. Season Two will debut on Netflix in 2018.

The “13 REASONS WHY” Season One 4-DVD set includes all 13 episodes, plus the “Beyond the Reasons” special, and new-to-DVD character featurettes, actor interviews, and more.

“13 REASONS WHY” Season One DVD
The four-disc DVD set is presented in 16×9 widescreen with English 5.1 Dolby Digital and English Audio Description with English and English SDH subtitles. The set includes all 13 episodes, as well as the following:
• Hannah & Clay: An Unfinished Love Story
• Justin Foley: Not Your Typical Jock
• Discovering Jessica Davis
• Bringing the Book to Life
• 13 Things About Me: Dylan Minnette
• 13 Things About Me: Justin Prentice
• Beyond the Reasons

These episodes contain scenes that some viewers may find disturbing and/or may not be suitable for younger audiences, including graphic depictions of violence and suicide. Viewer discretion is advised. If you or anyone you know need help finding support and crisis resources, go to 13reasonswhy.info for more information.

“13 REASONS WHY” is a Paramount Television production.