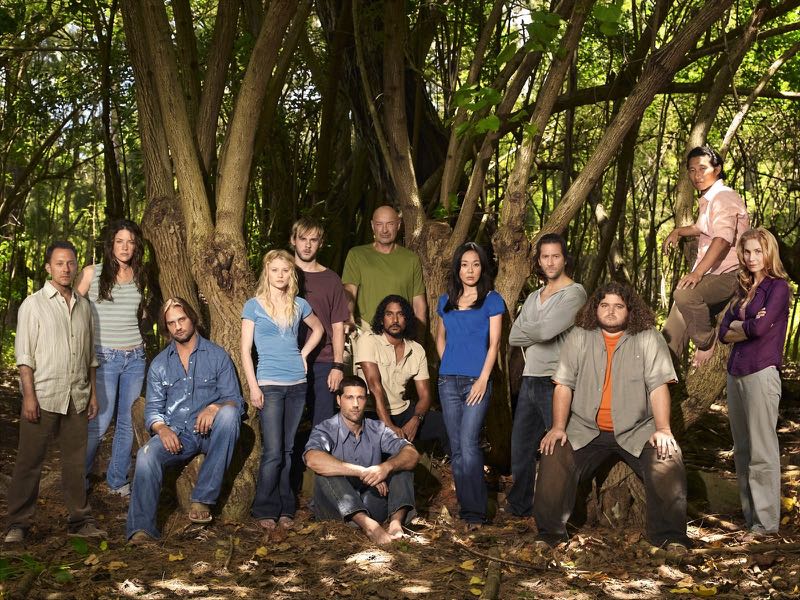 The leaves are turning, the air is growing chillier, and it’s beginning to be the season where a lot of us just want to curl up on the couch and stay inside. For just such an occasion, I have a list of ten television dramas (sorry comedy fans) that would make great binge-watching projects this winter. They are not in any particular order, but all are worthy of your time.

Gilmore Girls ~ Last week, Netflix announced it was making a brand new season of Gilmore Girls! What better time to relive the seven previous years than right now? Netflix has the entire quirky, charming series ready to welcome you back to Stars Hollow. Just have some tissues ready whenever Richard Gilmore comes on screen. His presence will definitely be missed when the show returns.

The X-Files ~ Similarly, FOX is bringing back The X-Files in January. Some people say it may be a little late to tackle all nine seasons, but personally, I think it’s a challenge to accept. You’ll get all the Mulder and Scully, all the weird aliens, and all the Smoking Man. Just login to Netflix or Hulu and let the marathon begin! (And invite me over, because this is the one show on this list that I haven’t managed to get to yet, but I know it’s awesome!)

Lost ~ For my money, Lost is one of the best shows ever made. The twisty ABC drama kept fans obsessed and guessing for six years, all of which are now free for Netflix subscribers. This is definitely a series that begs for binge-watching, as so many little details dropped in one hour matter several installments later. The ending was admittedly polarizing for fans, but if you enjoy character-driven programs, I don’t think you’ll be disappointed.

Buffy the Vampire Slayer ~ As far as rewatchability goes, Buffy is at the top of my list. The tale of the Slayer, who faces the demons and forces of darkness, never gets old. From the goofy high school days, to the uber-depressing sixth season, to the heart-breaking series finale, Buffy is great all the way through. It’s the perfect mix of humor, action, and compelling drama. And while you’re at it, stay on the Joss Whedon kick and go through Angel, Firefly, Dollhouse, and Dr. Horrible’s Sing-Along Blog. (On Netflix and Hulu.)

Fargo ~ Looking for a show that’s still on the air to get into? Might I recommend FX’s Fargo? Season two just began, so you can plow (sic) through the first year’s ten episodes in a weekend on Hulu, if you’re so inclined. It’s an outrageous show in the style of ‘true crime,’ with a top-notch cast that includes Martin Freeman, Oliver Platt, Kate Walsh, Colin Hanks, Keith Carradine, Allison Tolman, Key & Peele, and, surprisingly enough, Billy Bob Thornton. (Trust me, Thornton is the best you’ve ever seen him.) Whether you’ve seen the movie or not, you should definitely check out the series, which tells a different tale. And season two has a new cast and story, so you can jump in at any time.

The Wire ~ Are you tired of all your friends telling you that The Wire is the absolute best show ever made and you having no frame of reference? I was, too, but now I’m almost done with season one, and I totally get it. Last year, HBO released all five seasons of the David Simon drama in HD for the first time ever. If you already have an HBO subscription through your cable company, you can login via HBO Go to watch. If not, HBO Now is available as a stand-alone service you can sign up for directly, and if you start soon, you’ll be all ready when Game of Thrones comes back in the spring. (Or binge watch Game of Thrones on the service, too.) Simon’s excellent Treme is another great one to check out.

Justified ~ Like Westerns? FX has a doozy of one that recently came to an end in Justified. Starring Timothy Olyphant, each of the six seasons found a lawman tangling with various gangsters and locals in the underpopulated, heavily treed state of Kentucky. The first scene of the pilot will hook you right away, Olyphant’s smoldering hero radiating cool, and the ending of the show is about as perfect as any series finale I’ve ever borne witness to, with four words just as meaningful as those that famously conclude 1984. It’s all available now on Amazon Prime.

The West Wing ~ If the craziness of the current presidential election primaries are bumming you out, why not go for the ideal administration? President Bartlett saved me from my second-term-Bush woes, and I’m sure he can do the same for you, no matter which side of the aisle you fall on. With a smart, witty staff, whose dialogue is as sharp as the ideals represented, I cannot recommend it enough. Bonus points if you make it an Aaron Sorkin trilogy and take in Studio 60 On the Sunset Strip and The Newsroom as well. (I wanted to recommend Sorkin’s Sports Night, too, but it’s a comedy, and this list is only for dramas.)

Felicity ~ The original Crazy (not quite) Ex-girlfriend, Felicity is a coming-of-age drama about a girl (named Felicity, duh!) who travels across the country for a guy, and it’s available on Hulu. For four seasons, there were only a few hints of weirdness underlying the surface (the shoe box episode, Pink Power Ranger Amy Jo Johnson’s small screen return, Greg Grunberg and Ian Gomez). Then, after the series finale the writers wanted, its forced resurrection resulted in a handful of hours that push the show far outside of its genre, and give answer to the concerns of those that think Felicity ultimately chose the wrong guy. Plus, see Jennifer Garner before she was famous! (Then continue on the J.J. Abrams train and check out Alias, which features Bradley Cooper before he was famous.)

Star Trek: Deep Space 9 ~ What can I say? I’ve been a Trekkie since long before I got into television. Deep Space 9 has always been the black sheep of the franchise, never being on the air alone, trapped between more popular siblings The Next Generation and Voyager. Yet, being confined to a single locale made it different than any other Star Trek series. Seven years of religion, politics, hopeless war, and a recurring cast of dozens make this one of my favorite shows of all time, and if you missed the overlooked gem, now is the time to redeem yourself. It is available on both Netflix and Hulu.

Honorable mentions ~ The original programs made by the streaming services themselves! We’re still in the early days of high-quality, long-form shows that you can’t get in your cable package. But from Netflix’s House of Cards and Orange is the New Black, to Amazon’s Transparent and Mozart in the Jungle, to Hulu’s… well, Hulu will get there some day, there are very good shows on a variety of platforms. Scroll through the offerings on each of these, and you’re likely to come across some really neat stuff.