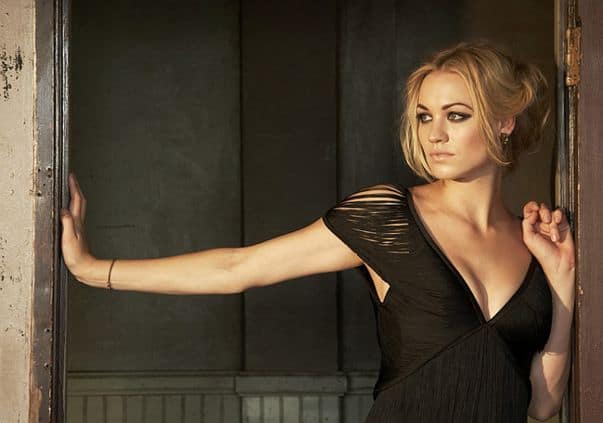 Actress Yvonne Strahovski has joined the cast of the Emmy®-nominated SHOWTIME® drama series DEXTER; Strahovski, who will appear in a multi-episode story arc in the upcoming seventh season, will play the role of Hannah McKay, a strong, independent woman with a past that she’s struggled to put behind her. As a turn of events leads Miami Metro Homicide to ask for her help in solving some old cases, Dexter works with her and begins to wonder if there’s more to this woman than she’s professed. Production on season seven began last week and will premiere on SHOWTIME on Sunday, September 30th at 9 p.m. ET/PT.

Yvonne Strahovski is best-known for playing CIA operative “Sarah Walker” on NBC’s long-running action-comedy Chuck, from executive producers Josh Schwartz and McG. Up next, she co-stars in two films: Guilt Trip opposite Barbara Streisand and Seth Rogen; and as the female lead in I, Frankenstein with Aaron Eckhart. She also starred in the 2011 Toronto Film Festival darling Killer Elite.

One of the most acclaimed series on television, DEXTER stars Golden Globe® and SAG Award winner Michael C. Hall as a complicated and conflicted blood-spatter expert for the Miami police department who moonlights as a serial killer.&nbsp; The show has received both multiple Emmy and Golden Globe nominations for best television drama series, as well as a prestigious Peabody Award in 2008, and was twice named one of AFI’s top ten television series. The show also stars Jennifer Carpenter, Desmond Harrington, C.S. Lee, Lauren Vélez, David Zayas, and James Remar.