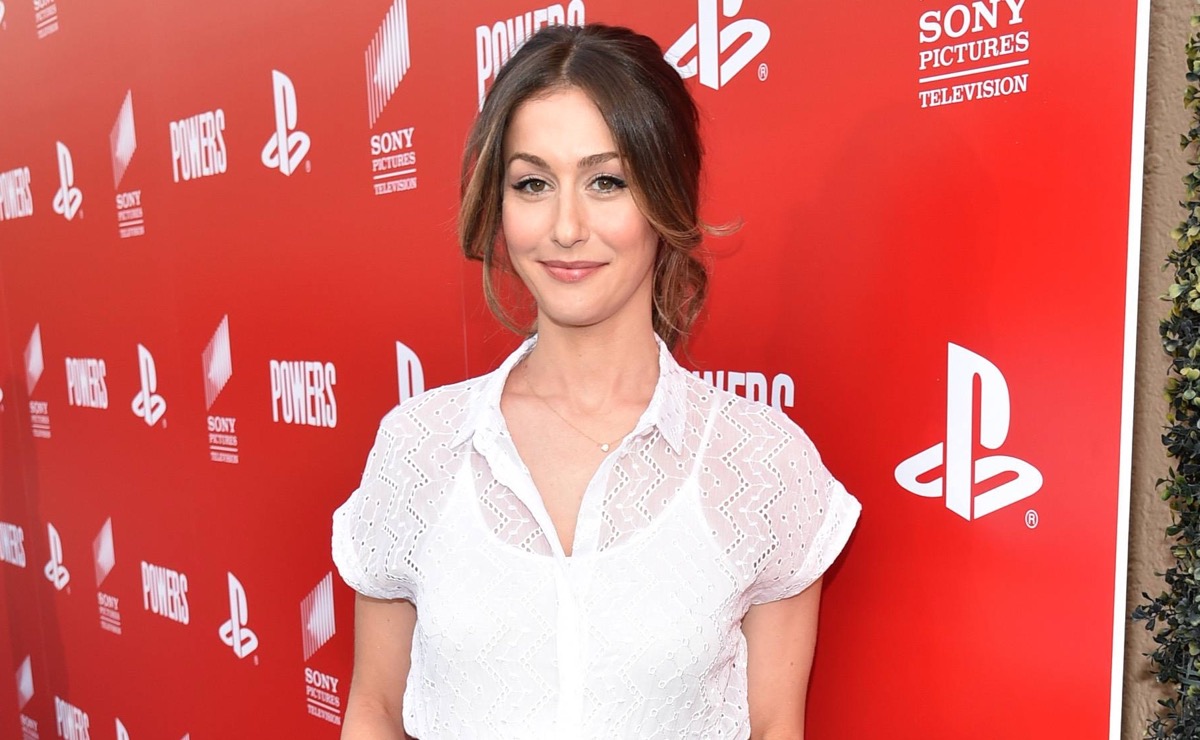 In the TBS new comedy series YOUR FAMILY OR MINE, the show sets up the unusual storytelling style of spending one episode with the wife’s family and the next episode with the husband’s family.  Based on the popular Israeli series of the same name, the show jumps right into the hilarious situations that arise for every married couple — spending time with the in-laws.

While attending the recent premiere of Sony PlayStation’s new series POWERS, star Kat Foster took a few minutes on the red carpet to chat about her new series YOUR FAMILY OR MINE.

Kat Foster spoke glowingly about working with her co-stars Kyle Howard, Richard Dreyfuss, JoBeth Williams and more.  Kat is proud of the fact the show really offers not only a compassionate loving wife, but a strong, loving married couple.  They do not argue as is usually depicted in television show marriages. This is a couple that loves each other and supports each other, no matter what.  There is not only a lot of love to share, but fun moments too and therein lies the comedy on which the show is built.  YOUR FAMILY OR MINE shows that life can be about more than yelling and tears, it is also about the bonds of love, gratitude and appreciation — albeit with the spice of laugher running through it.

To see this joyous confection of love and comedy, be sure to tune in for the premiere of YOUR FAMILY OR MINE on Tuesday, April 7th on TBS.