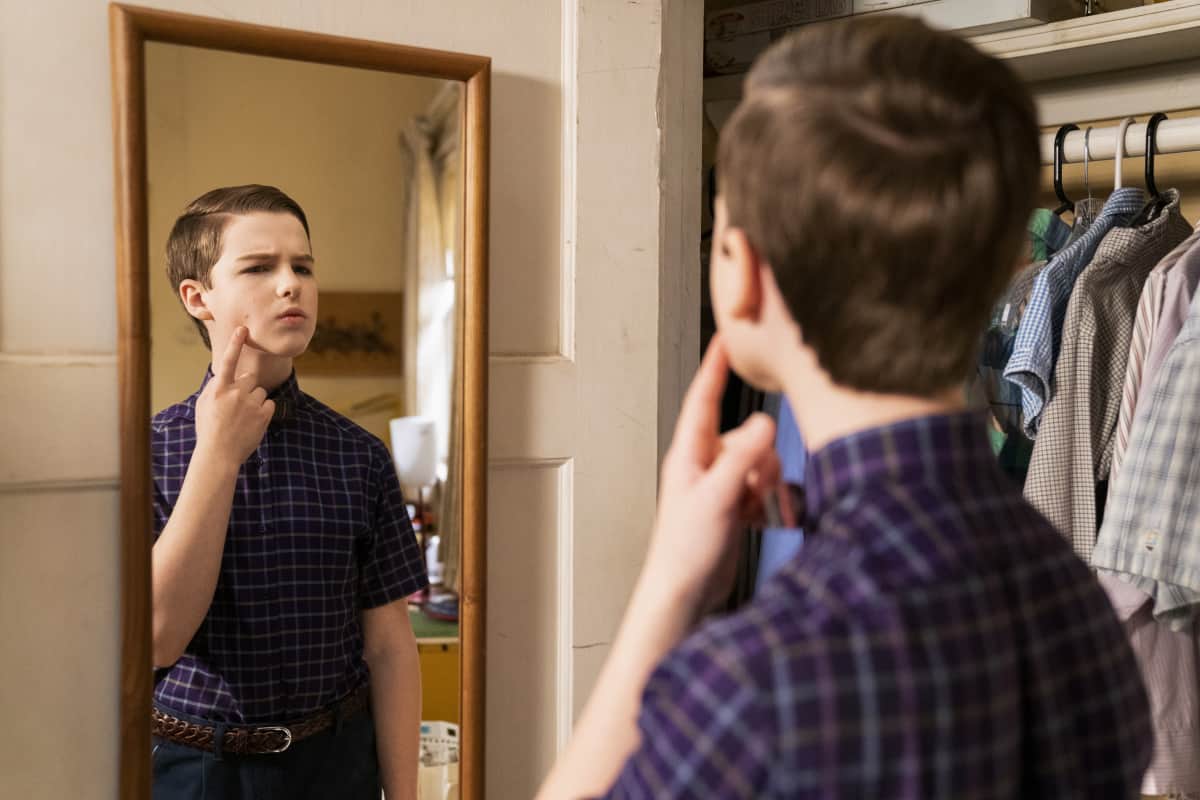 YOUNG SHELDON Season 5 Episode 22 Photos A Clogged Pore, A Little Spanish And The Future – Sheldon struggles to cope with the first signs of puberty. Also, Mary and George Sr. hunt for new jobs, and Georgie and Meemaw take a business trip across the border, on the fifth season finale of YOUNG SHELDON, Thursday, May 19 (8:00-8:31 PM, ET/PT) on the CBS Television Network, and available to stream live and on demand on Paramount+*. s05e22 5×22 5.22 s5e22