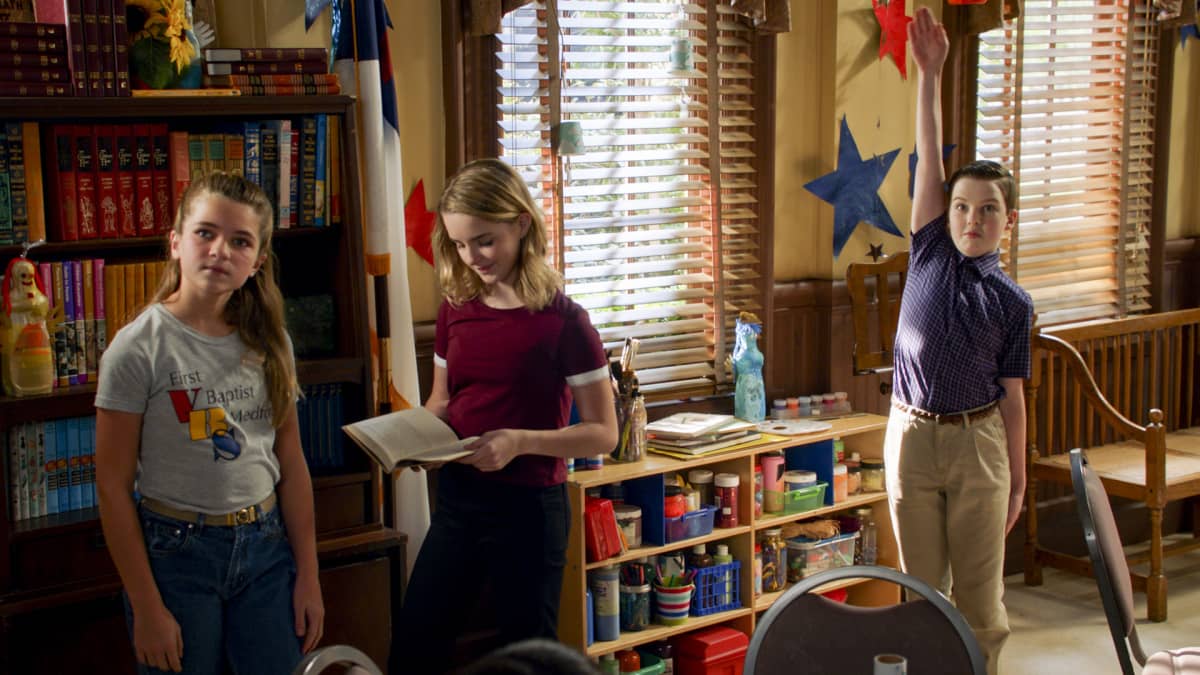 YOUNG SHELDON Season 4 Episode 4 Bible Camp And A Chariot Of Love – Young Sheldon s04e04 4×04 – “Bible Camp and a Chariot of Love” – Sheldon finds himself in a fierce competition with Paige (Mckenna Grace) when their mothers force them to attend Vacation Bible School. Also, George is furious after Georgie makes a questionable purchase, on YOUNG SHELDON, Thursday, Dec.3 (8:00-8:31 PM, ET/PT) on the CBS Television Network.