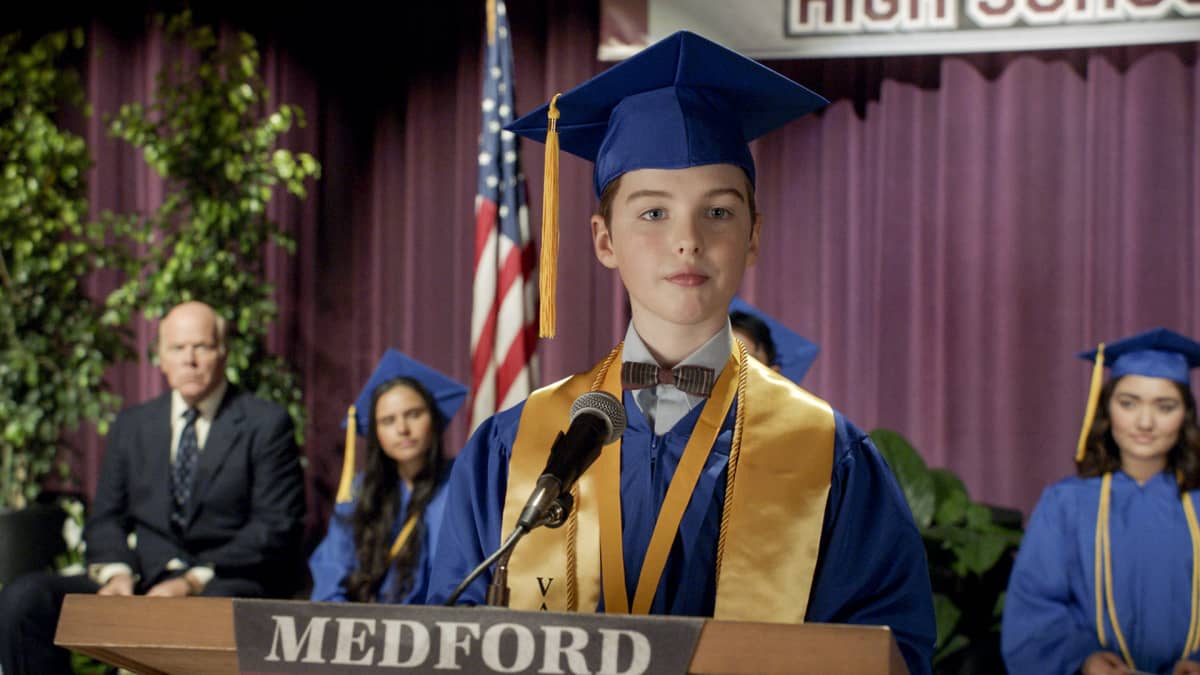 YOUNG SHELDON Season 4 Episode 1 Photos Graduation – “Graduation” – After graduating high school, Sheldon has a breakdown when he realizes he may not be ready for college. Also, Dale tries to make amends with Meemaw, on the fourth season premiere of YOUNG SHELDON, Thursday, Nov. 5 (8:00-8:30 PM, ET/PT) on the CBS Television Network.